More than six years after they were captured in a mid-sea gun battle, 15 Somalian pirates were convicted on Wednesday by a special court 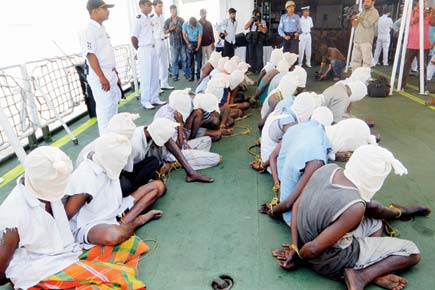 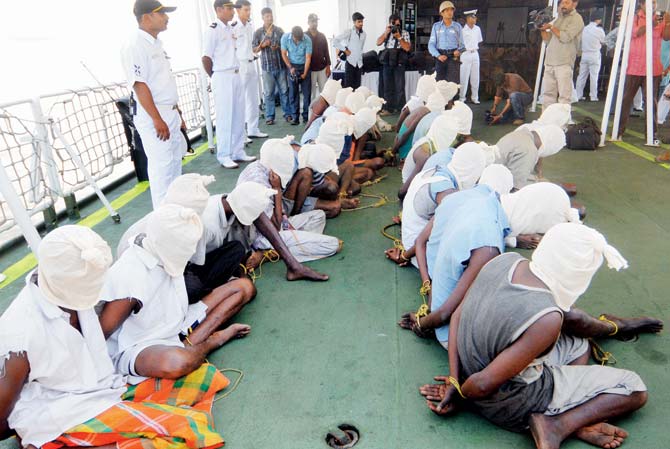 More than six years after they were captured in a mid-sea gun battle, 15 Somalian pirates were convicted on Wednesday by a special court. The pirates were sentenced to seven years of imprisonment but seemed happy with the sentencing as they had already served six of the seven years. They even thanked the court.

Once they complete their prison terms, they will be sent back to their native country, as per the terms of a treaty signed between India and Somalia on Tuesday. They will also have to pay fines of Rs 11,000 each.

Witnesses flashback
These 15 accused form the first set out of 120 Somalian pirates who were arrested in four separate incidents between January and March 2011. This first set was arrested on January 28, 2011, in what has come to be known as the Battle of Minicoy Island at Lakshadweep. The accused were operating out of a Thai fishing trawler, Prantalay 14, which was hijacked in 2010. They had turned it into a pirate mothership. They had killed two and injured three during the hijacking and kept 22 people hostage for as long as 10 months in Prantalay 14.

Special public prosecutor Ranjeet Sangle examined 15 witnesses in the case. One of the witnesses, Indian Navy commanding officer on INS Cancarso, Arun Satishchandra Bahuguna, in his deposition said that on January 28, 2011, while patrolling near Minicoy Islands in Lakshadweep, they got an order to intercept the pirate mothership, Prantalaya 14, which had been hijacked.

Gun battle
When the officers contacted the accused vessel, there was no response. The officer also told them, "Please stop and identify yourself," but the pirates did not stop.

The officers then fired to stop them, but the pirates fired back. "At about 7:30 pm, due to firing by INS Cancarso, a small fire erupted on accused vessel Prantalaya, which engulfed the ship and finally stopped it," he said.

Those on board the Prantalya vessel jumped into the sea to escape the fire. Around 8 pm, the officers commenced rescue operations to pick up survivors and also detained 15 pirates. Another witness, Service Asst Commandant Pawan Kumar Yadav, told the court that he was posted at ICGS Sankalp on January 28, 2011, when he received directions to render assistance to the coast guard in a piracy incident. The ICGS Sankalp proceeded and reached the spot on the next day at 4:10 am and found Prantalaya 14 burning. They took the accused pirates and 22 hostages from the Navy's life raft.

Yadav further told the court that on interrogating the 15 pirates, he found them to be of Somalian origin. They told him that one of the accused Usman Salad had paid each of them $100 for hijacking and had promised them more money if they helped to hijack a merchant vessel. None of the accused had their passport or identity card. The Somalians, aged 18-37 years, were brought to Mumbai on January 31 and handed over to Yellow Gate police.