"Approach SC after HC rejects request by community to open all 700 derasars in the city; Paryushan begins today" 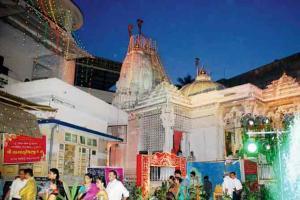 
The Supreme Court on Friday ruled in favour of the Jain community, allowing the devotees to visit temples for two days. However, they are unhappy as only three temples, one each in Dadar, Byculla and Chembur, have been allowed to open today and tomorrow.

The Jain community said there are more than 700 Jain derasars or temples in the city. "The Supreme Court gave permission to open only three Jain derasars, which is not acceptable. Paryushan starts tomorrow, so the government should let us open all the Jain temples. Where will the devotees at other places go for darshan?" asked Praful Shah, the advocate and trustee of Gyanmandir Atmakamal Labdhisurishvarji in Dadar and Motisha Sheth in Byculla.

Shah had, on August 7, filed a petition in the Bombay High Court seeking the reopening of all the temples for Paryushan. However, the HC rejected his as well as other trust's petitions. Chembur-based Shri Parshvatilak Shewtambar Murtipujak Jain Trust then filed an application in the SC, requesting permission to open the temples.

Allowing three temples to open on August 22 and 23, Chief Justice of India S A Bobde observed, "The Maharashtra government is allowing reopening of malls and other economic activity, but when we talk about reopening temples, they say they don't want to take risk due in view of the pandemic."

Several senior members of the Jain community on Friday expressed disappointment following the SC order. "The apex court's order is dividing the Jain community, [by allowing only three temples to open]. Jains are following all rules and government guidelines, so the government should also allow us to open all Jain temples," said Prashant Zaveri, the former trustee of Godiji Derasar in Byculla. 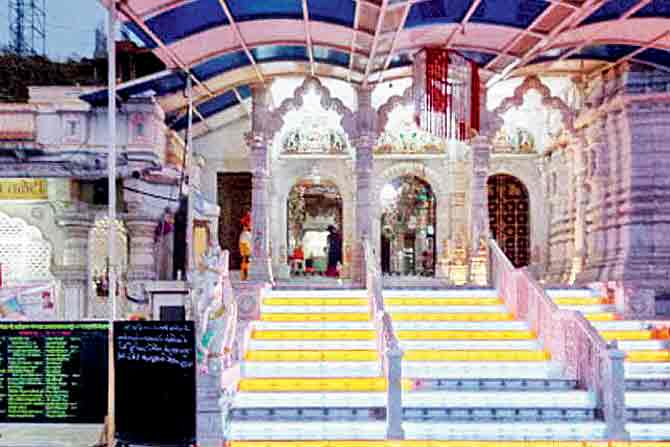 MLA Ghatkopar Parag Shah also said the order was an "injustice" to the people of the community. "Ghatkopar and Sion residents will go to Chembur temple, and this will increase the crowd at the temple and the Chembur Derasar authority will have to face the problem."

Trustee of Sambhavnath Jain Derasar in Borivli Snehal Shah asked if the Jain temples are only in Dadar, Byculla and Chembur, or there are devotees only in these three areas. She said, "The court should have given a general permission to the community to open all derasars, not just a few."

Champalal Wardhan, the All India Jain Shwetambar Conference president, said, "Only one day is left of Paryushan and the SC gives permission to only three temples to open for the devotees. It looks like only the Jain community living in these three areas have the authority to go for a darshan. The order is unfair to other devotees. If people from other areas go to these three temples then it will become difficult to handle the situation."

The guidelines issued by the government states that the temples will open at 6 am. All the devotees visiting the derasars must wear masks and maintain a safe physical distance. The management at the temples should control the crowd to ensure the physical distancing norms are adhered to. Devotees are required to leave the temple immediately after the darshan.