While Tulu has finally got its official Wikipedia page, the struggle for recognition for this Dravidian language is far from over, say linguists 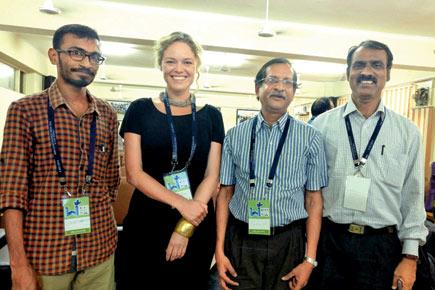 Sitting in his Sunkadakatte home in Bengaluru, Dr UB Pavanaja still recalls the moment when he was at the WikiConference India 2016 in Chandigarh earlier this month. Academicians from all over India had gathered at the event, to share their views about issues related to India on Wikipedia. While the talks were still in progress, Katherine Maher, executive director, Wikimedia Foun-dation, USA, paused to make an announcement. 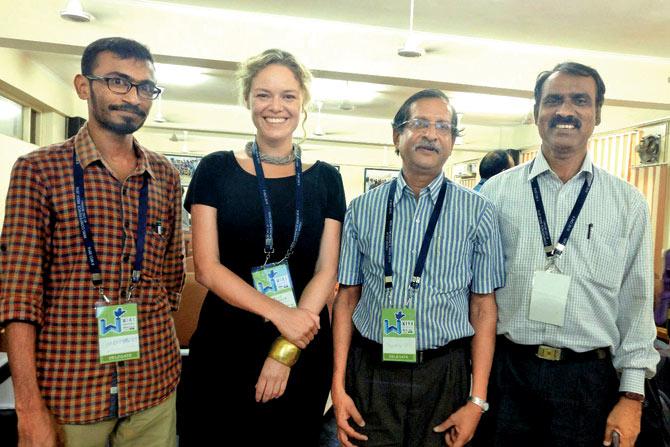 “The Tulu Wikipedia page has just gone live,” she boomed into the microphone. “It was a moment of great joy because we were working on this project for the last eight years,” says Pavanaja, programme manager (Indian languages) at the Centre for Internet and Society, Bengaluru, and one of the mentors of Tulu Wikipedia.

UNESCO has listed Tulu as one of the endangered languages, which is at the risk of falling out of use, because it has a few surviving speakers. Pavanaja says the Wikipedia page is a medium for people to access material on Tulu. “Today, it’s the first page that appears on Google, so the accessibility of the language will hopefully increase manifold,” Pavanaja says. 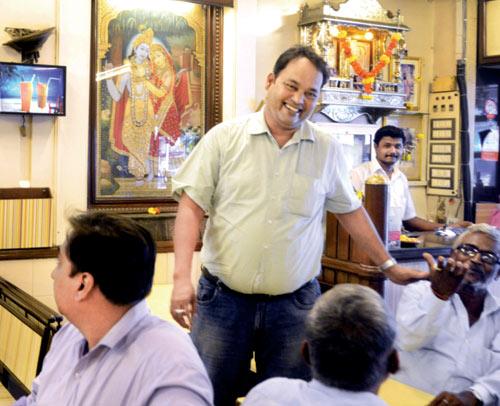 Sukesh Shetty, owner of Hindmata Hotel in Tardeo, is part of the Bunta Sangha, an organisation that is rallying for the Tulu-speaking Bunt community. Shetty feels the lack of availability of Tulu literature and movies in Mumbai, has led to a disinterest in the language in Mumbai

The Mumbai connect
Sukesh Shetty, owner of Hindmata Hotel in Tardeo, who is continuing the tradition of running a restaurant business started by his grandfather, feels his connection with the language is restricted to his interaction at home. “I ensure I speak in Tulu with my children. But, my four-year-old speaks Marathi better than Tulu because we have a Mah-arashtrian maid,” he laughs.

The 46-year-old is part of the Bunta Sangha, an organisation devoted towards rallying the Tulu-speaking Bunt community.

Shetty feels the lack of availability of Tulu literature and movies in Mumbai are responsible for the declining interest in the language. “You don’t get to watch any Tulu films because they are never screened here. We don’t even have a channel that telecasts Tulu movies. But, the Wikipedia page is a step ahead,” he says. 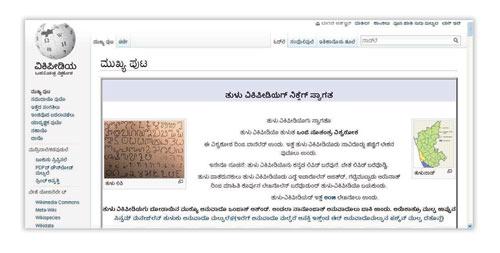 The Tulu Wikipedia page (tcy.wikipedia.org) went live this month. Currently, there are around 200 registered users of the page

Accessing Tulu
Wikipedia is currently available in 22 Indian languages, including, Assamese, Bish-nupriya, Kashmiri, Konkani, Newari, Odia, Pali and Urdu among others. With the inclusion of Tulu, the count has gone up to 23. “There are about 200 registered users (editors) of Tulu Wikipedia. On an average, we have around eight to 10 active editors. Dr Vishwanatha Badikana, a Kannada professor, and engineer Bharatesha Alasandemaj-alu are the highest contributors,” says Dr Pavanaja.

Tulu Wikipedia was in “incubation” since 2008. This term is used to describe similar online encyclopedias, which are still waiting to go “live”. “Tulu is written in the Kannada script, but the language is believed to be 2,000 years old. But, to create a Wiki page, we needed to prove that it’s a classical language and deserves recognition. We had to submit sizeable amount of literature, ancient manuscripts and literary work for the language to qualify,” he says.

Dr Badikana, who works as a History professor at St Alosious College, Mangalore University, says they had to generate awareness about the language through workshops. “Tulu is predominantly an oral language, and hence, people don’t take interest in documenting it. With Kannada being state-recognised, it’s more popular. We had to hold writing workshops in Tulu to motivate people,” he says. 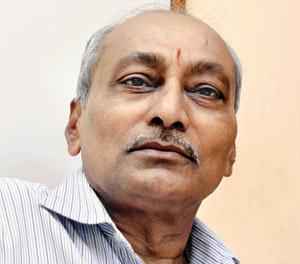 A languishing script
Of late, Tulu — believed to be one of the oldest Dravidian languages — has been generating great interest amongst linguists and academicians alike. The excavation of an ancient manuscript, Tulu Devimahatme, a prose work like the Mahabharata, from the 15th century and two epic poems written in 17th century, namely Sri Bhagavata and Kaveri by language experts in the last few years have revived interest in the language.

However, a major grouse in the community has been its non-inclusion in the Eighth Schedule of the Indian Constitution, which lists the official languages of the country. Presently, it recognises 22 languages with Tulu being the only Dravidian language to have been left out.

Professor Tukaram Poojary, who was instrumental in setting up the Rani Abbakka Tulu Research Centre in Bantwal, Karnataka in 1995, has sent a memorandum to Pranab Mukherjee, President of India for the inclusion of the language in the Eight Schedule.

“Scholars like the nineteenth missionary-linguist Bishop Robert Caldwell have called this language ‘peculiar and very interesting’,” says Poojary. According to him, Tulu is one of the most highly developed languages in the Dravidian family. “But it never received any royal patronisation as was seen with other Dravidian languages such as Telugu, Tamil or Malayalam,” he says.

Shimantur Chandrahas Suvarna, a popular Tulu writer based in Borivli has been diligently writing short stories, poems and novels in the language for the last 40 years. “Although, I write in both Kannada and Tulu, I have been focusing more on the latter, because if we don’t speak and document the language, it will die,” says the 61-year-old, who moved to Mumbai in 1979 after his father set up an Udipi hotel called Hotel Sadanand in Mazgaon.

Suvarna feels the lack of serious literature before the 15th century has hampered Tulu’s claim as one of the legitimate South Indian languages. “In the first half of the 19th century, the German missionaries popularised the language. They produced the Tulu lexicon and a Tulu-English dictionary. But, after the Christian missionaries started printing the Bible and related literature in Kannada, the old script was discarded and the Kannada script was adopted to write Tulu,” he said.

Today, there are no books or literature in the Tulu script and there are only a handful of tuluvas, who can read the script, says Suvarna.

According to him, during the last three years, there has been a surge in literary interest with more than 100 writers contributing articles, poems to a quarterly journal published by the Karnataka Tulu Sahitya Academy Research.

Last year, the University of Mumbai, in collaboration with the Kannada department, and the Rani Abbakka Tulu Research Centre, held a series of lectures on the inclusion of Tulu in the Eighth Schedule. Professor GN Upadhya, head of the department of Kannada at MU, who was part of the series, feels the issue has now become political. “There’s no political willingness on part of the MPs and MLAs to lobby for this language, because it doesn’t constitute a vote bank,” he says.

Next Story : Is Jai Hind College trying to stifle the voices of Mumbai youths?