Two major fires break out in Mumbai, no casualties

Two major fires broke out in the city last night but no casualties have been reported. Both fires have been doused and the cooling operations are currently underway 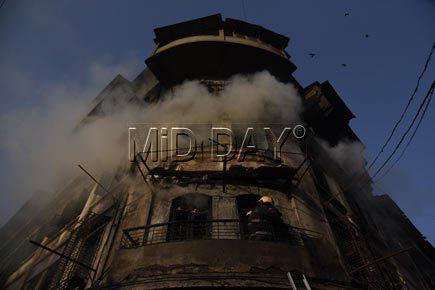 Two major fires broke out in the city last night but no casualties have been reported. Both fires have been doused now and the cooling operations are underway.

The first fire broke out at Amar Umar building on Senapati Bapat Marg in Dadar around 2.30 am. The fire brigade got a call and fire engines were sent to the spot. Since it developed into a grade 2 fire, 16 fire engines, 8 tankers, 14 water jets were pressed into operation. 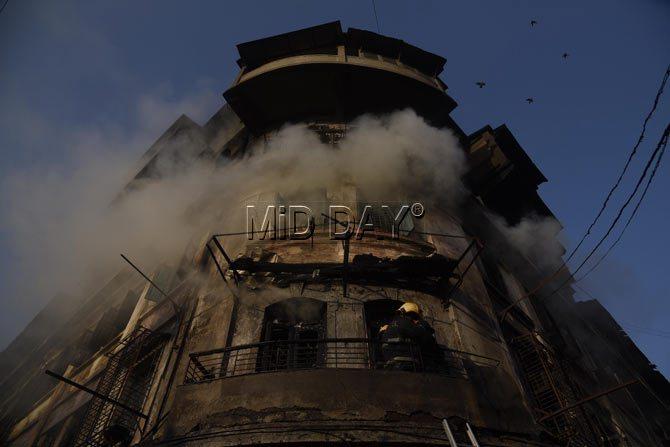 About 50-60 people from the upper floors of the G+4 building were rescued by the fire brigade. One unconscious lady and one man were moved to KEM Hospital for treatment. Besides, around 80,000 sq feet area including 17 shops pertaining to garments, computers, books, AC machines and other electric equipments, were affected in the building.

Mayor Snehal Ambekar, along with municipal commissioner Ajoy Mehta inspected the premises in the morning. The fire was doused at around 7 am

The second fire happened in a company on Ganpatrao Kadam Marg in Lower Parel at around 2.30 am. It broke out in an electric company. Eight fire engines and six tankers were sent to the spot. Electric wirings, chemicals, machinery, office furniture, etc in the range of about 1000 sq feet were affected in the fire, which was doused at 5.15 am.

Next Story : mid-day special: Most popular reads from November 14 - November 21