The HC, however, said it had found substance in several claims made by Rao on lack of medical facilities and poor hygiene at the Taloja prison 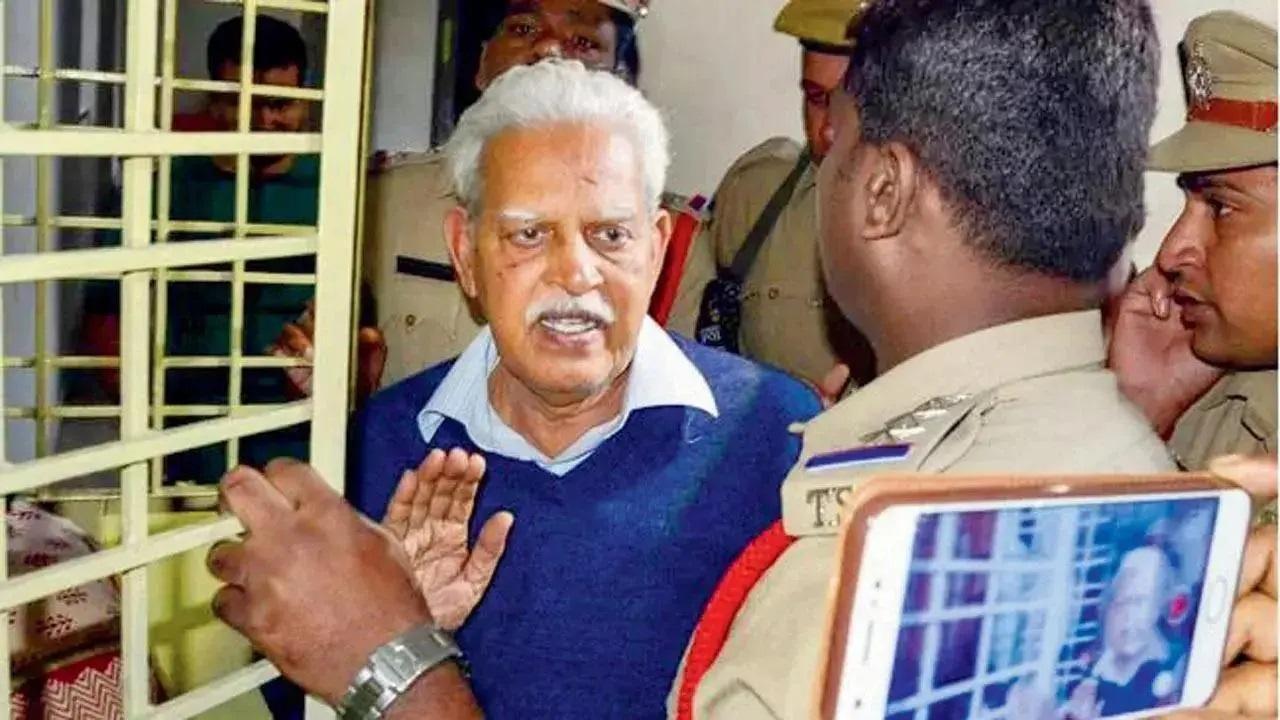 Since such a summary went against Rao's interest, it was only natural for him to "find ways and means to wriggle out of the medical report," and "dispute its findings," the HC said. It was not the court's job to analyse the advice of medical experts, the HC said while rejecting Rao's pleas for extension of medical bail, modification of bail conditions, and for permanent bail. A bench of Justices SB Shukre and GA Sanap had dismissed Rao's pleas on April 14, but a detailed order was made available on Friday. In making the above comments, the HC bench was referring to contentions made in Rao's pleas, and to the arguments made in court by his counsel Anand Grover. Grover had argued the clinical summary dated December 15, 2021, was based on Rao's medical examination at the private Nanavati hospital in the city.

While the summary said Rao was fit for discharge, it failed to provide reasons for such conclusion, and the report was also silent on Rao's previous clinical diagnosis of early Parkinson's disease that was made at another private hospital in the city, Grover had argued. The NIA, however, had submitted that Rao was treated at a hospital of his choice and now that he was deemed fit for discharge by the doctors there, there was no question of extending his medical bail, or granting him permanent medical bail. "He will be given medical help at the Taloja prison whenever required.

There are several other senior citizen prison inmates who suffer from medical ailments but continue to remain in custody, " NIA counsel Additional Solicitor General Anil Singh had argued. The court, which took note of the NIA's submission, said it could not ignore the fact that Rao was facing "serious charges" under the stringent Unlawful Activities Prevention Act, including the charge of having conspired to overthrow the Union government. "The allegations levelled against the accused about his involvement in commission of crime has remained unchanged. It is a matter of record that the clinical opinion is against the accused. It does not suit to the purpose of the accused. Therefore, it is but natural for the accused to find the ways and means to wriggle out of this report," HC said. "The accused has, therefore, blamed the doctors and NIA Officials. In our view, this cannot be accepted," it said.

The HC, however, said it had found substance in several claims made by Rao on lack of medical facilities and poor hygiene at the Taloja prison. The HC directed the Inspector General of Prisons to submit a "candid" report by April 30 on the state of such facilities, and the appointment of doctors and medical staff in prisons across the state, and at "Taloja prison in particular". The IG prisons must ensure, henceforth, there remain no grounds for inmates to raise grievances on inadequate health facilities in prisons across the state, HC said. "In our view, if corrective measures are adopted, then the grievance made by the accused in this case, as well as grievances in prisons all over Maharashtra could be taken care of," HC said. "It is the duty of the Inspector General prisons to ensure compliance of prison Act and Rules. The IG will be held accountable for non-compliance and lapses in future," it said.

It also directed the special NIA court to expedite the trial in the Elgar Parishad case, and to conduct the trial proceedings on a day-to-day basis. Rao was granted temporary medical bail by Bombay HC in February last year. On April 14 this year, HC extended this bail by three months to allow Rao undergo a cataract surgery, and he will have to surrender to the Taloja jail authorities at the end of this period.