What was Rashmi Thackeray's nephew doing in CM's meeting on tourism?

Inexperienced Sena-led administration runs into its first controversy, as allies and bureaucrats alike left uncomfortable with outsider's presence in an official meeting chaired by Uddhav Thackeray 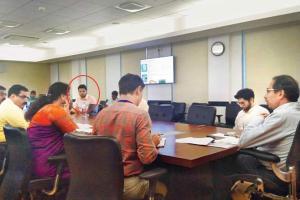 
It's all in the family for CM Uddhav Thackeray. On Monday, Rashmi Thackeray's nephew Varun Sardesai was attending a meeting the CM took with a few IAS officers and Mantralaya officials, miffing government officials.

Sardesai has, however, claimed that he was part of the meeting on the behest of the CM.

The chief minister had called the meeting with state officials to chalk out plans regarding Mumbai's tourism along with its surrounding coastal areas. However, the presence of Sardesai in an official meeting became a topic of discussion among the attendees soon after the meeting concluded.

A Mantralaya official, on the condition of anonymity, said, "How can a person who is not a public representative or part of the government attend an official meeting? The Thackeray family member is not an expert in tourism so there was no case for him to be a part of the meeting."

Sardesai is the secretary of the Shiv Sena's youth wing – Yuva Sena, and had called a meeting of Yuva Sena members just before attending the Mantralaya meeting.

'We were given instructions that party members should refrain from going to the Mantralaya with the intention of getting work done as the party is now in power,' said a Yuva Sena member.

When questioned, Sardesai spoke of the Yuva Sena meeting, saying, "The meeting was an internal affair of the party.' About the Mantralaya meeting, he said that he found 'nothing wrong in attending it."

"No sensitive information was discussed in the meeting. It is the CM's prerogative to invite the people he feels he should. I was there on the behest the CM," Sardesai said. 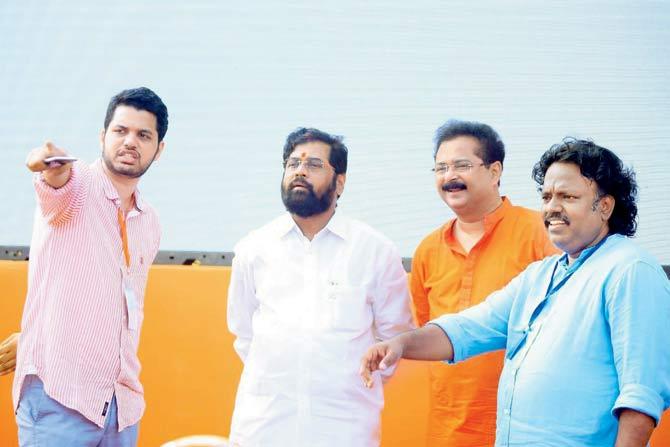 Sena's alliance partners Congress and NCP, however, did not seem too happy with the development. While Congress spokesperson Sachin Sawant preferred not to comment over the issue, NCP spokesperson Nawab Malik said, "It is not a big error. But I think this must have happened as the CM is new and has no prior administrative experience. Uddhav Thackeray should take precautions to ensure that such incidents are not repeated in the future."

Meanwhile in a damage control exercise, Sena's media advisor Harshal Pradhan said, "He (Varun Sardesai) must have gone there and attended the meeting out of curiosity."

The CM in the meeting urged state officials to draft a plan to ensure that Mumbai has an aquarium of international standards. Besides, Thackeray also instructed them to moot similar plans for the development of tourism in coastal Konkan areas and enhance flamingo tourism and night safari in the Sanjay Gandhi National Park.

Next Story : Body on Mahim beach: Murder seems to have been carefully planned