Why are smugglers eyeing the sand boa?

The common man believes that the snake brings wealth and prosperity; it can cost anywhere between Rs 2 lakh to Rs 2 crore 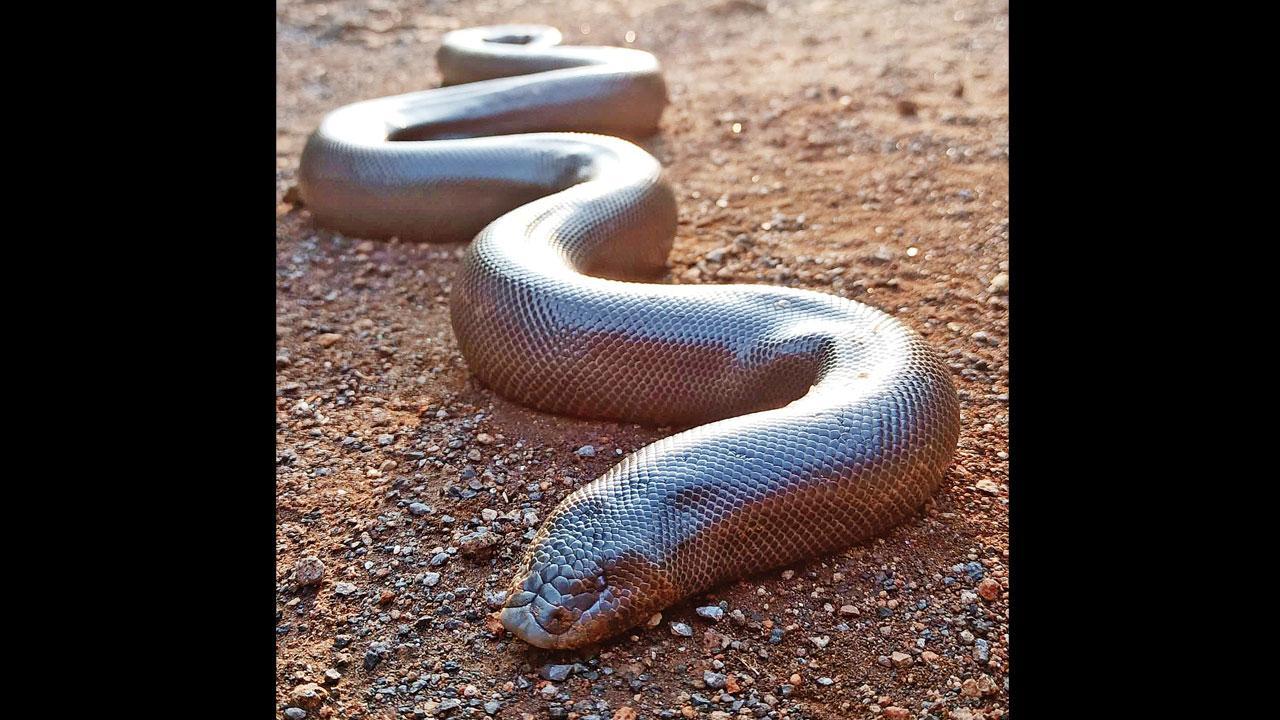 The snake is non-venemous and is easily found in the Western Ghats, around Nashik


Last week, two young men suffered grievous injuries after a vehicle hit their bike on Kalanagar Bridge, Bandra East, minutes after they had rescued a rock python that had been cut, sewn and painted to give it the appearance of a Red Sand Boa. The rescuers alleged that the accident was an attempt by snake smugglers to steal the reptile.

In September, the Property Cell of Thane Police had arrested a man with two sand boa snakes, which were to be sold for Rs 45 lakh. One of the snakes weighed around one kg while the other, 800 gm. However, no further links were established about the kingpin behind it.

It has remained a mystery why the red sand boa is so popular in the illegal trade circles. Some believe it possesses supernatural powers. The snake is known as the mandool/mandul or du-tondya (the one having two mouths), the scientific name being Eryx Johnii. It is also referred to as Double Engine, as its head and tail give the same appearance. The snake is found in India, Iran and Pakistan. 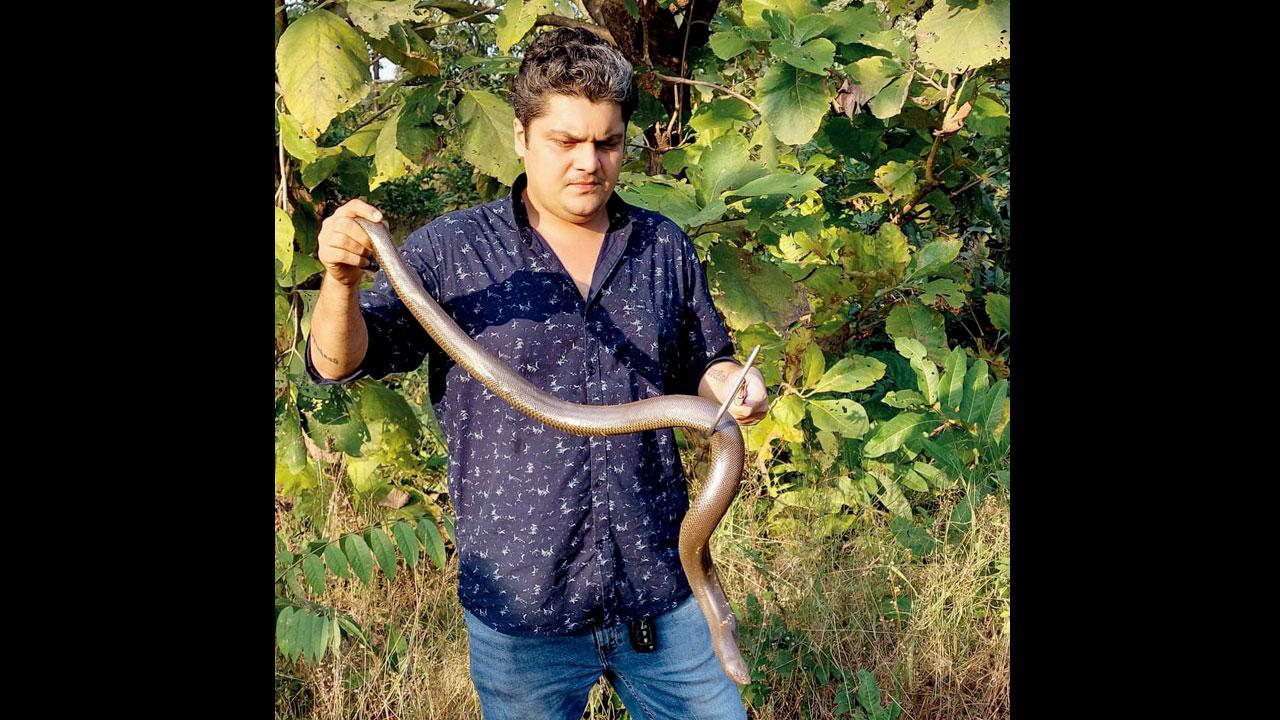 The snake is a burrowing species and prefers loose sand that crumbles easily, into which it burrows, living underground. It feeds on rodents, geckos, and frogs and some species feed exclusively on other snakes. The most important characteristic of this snake, which makes it more popular and rather safe, is that it’s non-venomous.

Advocate Pawan Sharma, founder and President of RAWW (Resqink Association for Wildlife Welfare) Mumbai and Honorary wildlife Warden says, “The snake is found in many parts of our state, especially in Western Ghats and around Nashik, Malegaon and Dhule. In my career of 16 years, I have seen its value ranging from Rs 2 lakh to Rs 2 crore.”

He adds, “The smugglers or the tantriks tell people, the snake which weighs 2 to 2.5 kg attracts wealth and luck. So, the farmers who catch these snakes overfeed them, and we have found bolts and stones inside the snake’s body. They die soon after.”

A tantrik, who claimed to be an astrologer, on condition of anonymity spoke with mid-day about the myth surrounding the mandool. He says, “Many believe that this snake has supernatural powers that can bring them not only luck, but wealth and prosperity in their business. Some believe that the spinal cord of the sand boa is useful for vashikaran [controlling someone by a spell]. Also, there is a belief that if proper rituals are followed, the snake can produce ‘money rain’.”

There are also claims that, the secretion from the snake can be used to regain the vigour for sex life and cure AIDS. But medical science hasn’t proved it yet.

Therefore, the snake has remained at the centrestage of smuggling and illegal trade. Hundreds of such touts gets arrested by Mumbai Police every year. Sanjay Surve, a recently retired Senior Inspector, who spent most of his service in the Crime Branch, says, “It’s usually the middlemen who ate caught. There is no fixed supply chain or racket as the snake is found in abundance. People who are in business trouble fall prey to these touts.”

Many of the potential buyers get looted while en route to buy the snake. “Recently, one buyer was robbed during the journey. However, when we got this tip, and reached out to him, he refused to register a complaint fearing getting a bad name,” says a senior police officer.

Honorary Wildlife Warden Sunish Subrimanian, founder of Plant and Animal Welfare Society (PAWS-Mumbai), says, “The root cause of this illegal trading is cost. How can you quote a price for a reptile? So
firstly, the police should stop claiming what the sand boa is worth. We need to sensitise people about it.”