In Photos: From playing on dupatta-turned-swingset to taking cover on rainy day, Mumbai's offbeat moments

The city - sliced, diced and served with a dash of sauce. Pic/Midday Photo Team 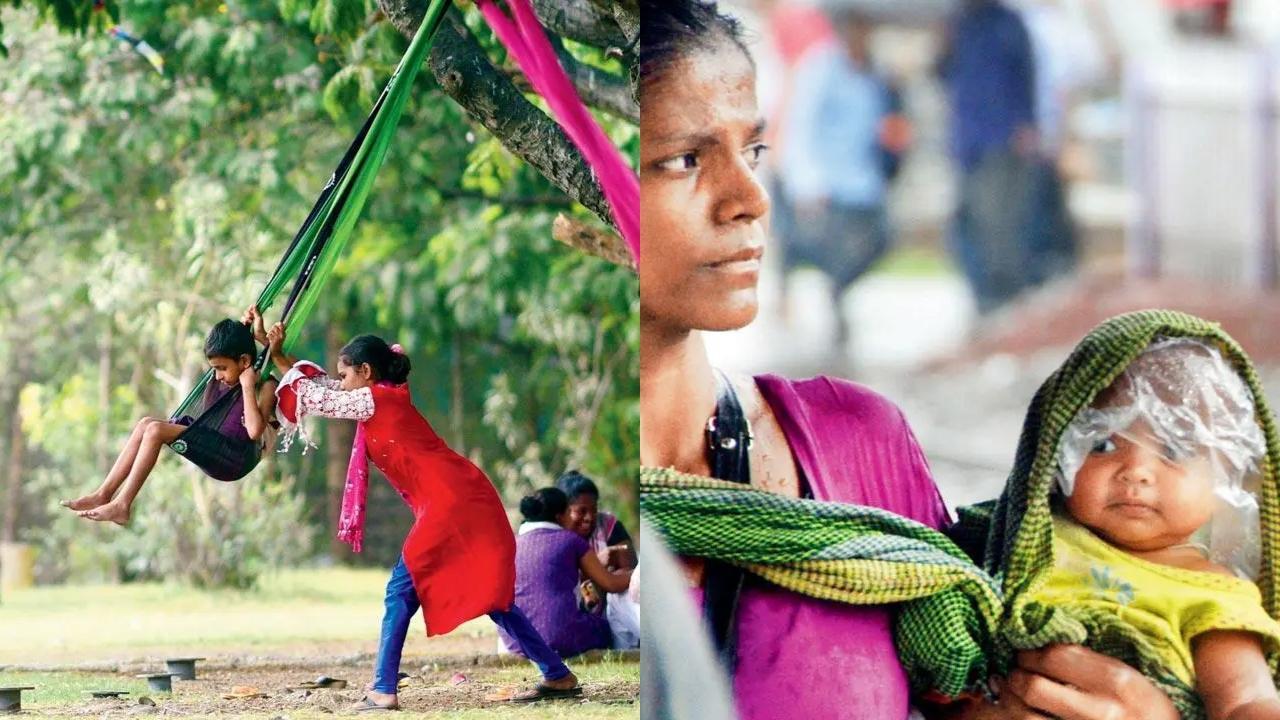 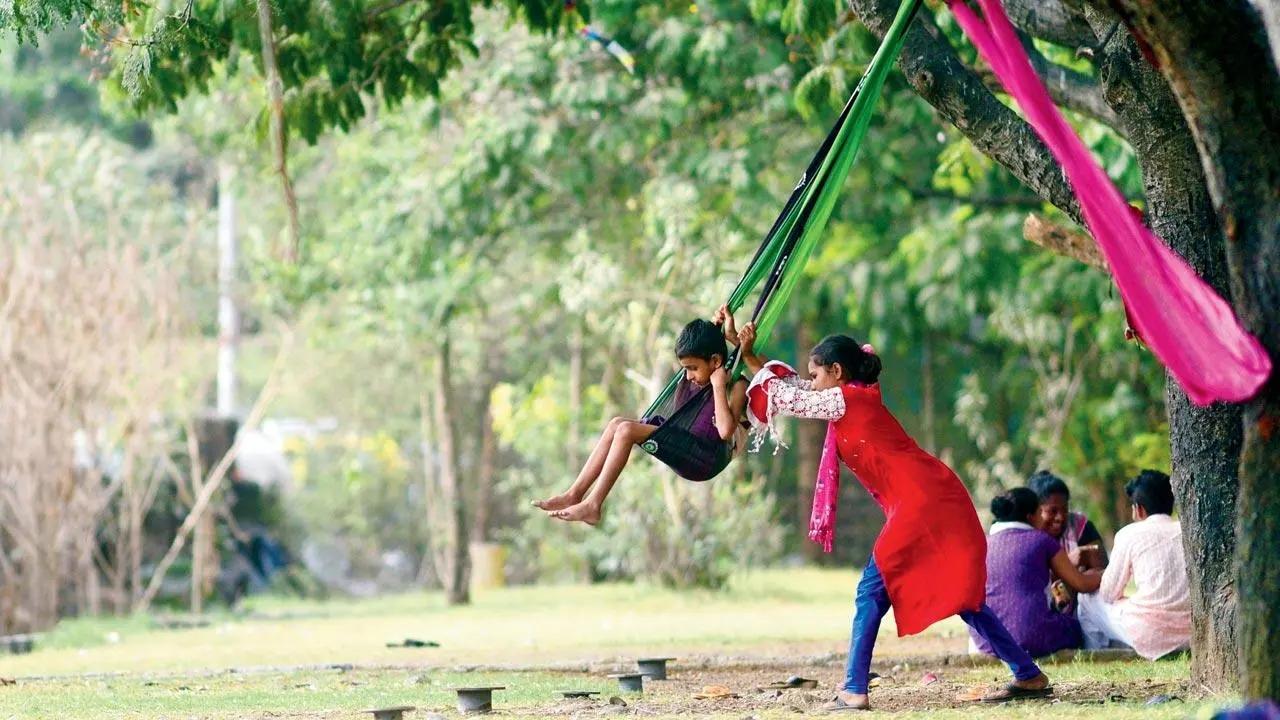 That's how you swing: A girl gives her playmate a push on their dupatta-turned-swingset in Wadala. Pic/Pradeep Dhivar 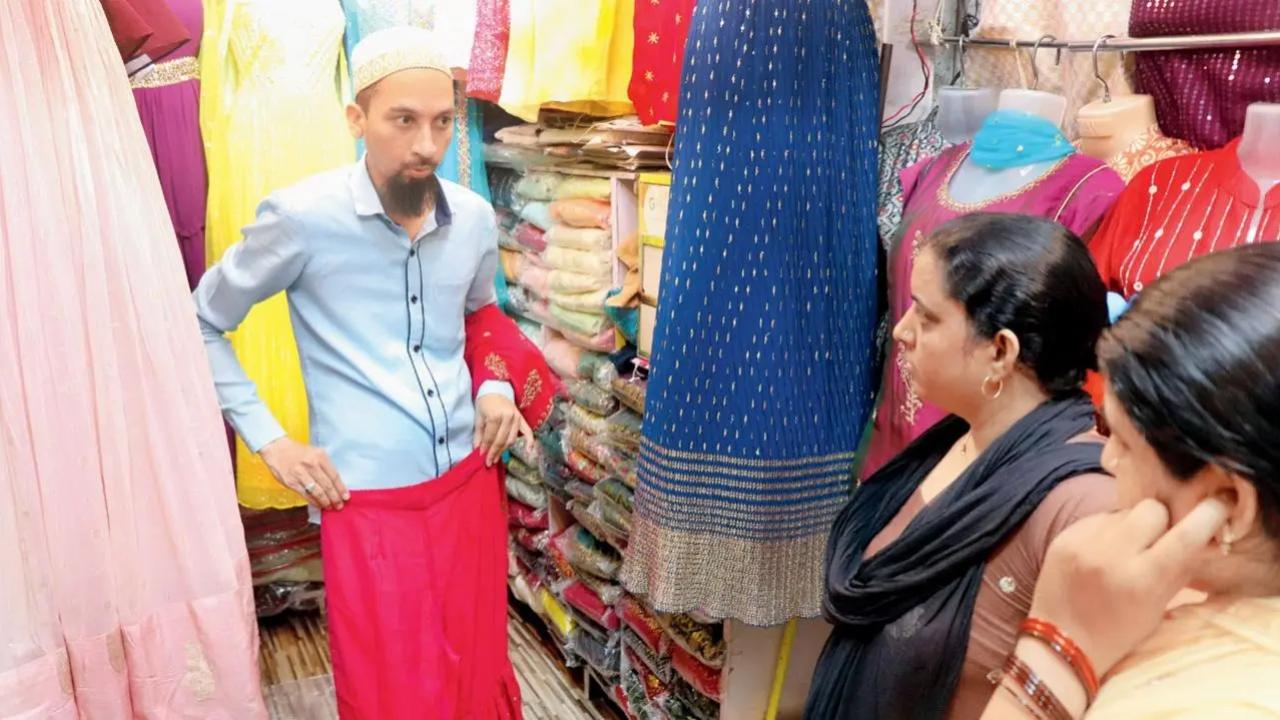 Will go to any lengths: A salesperson in a garments shop in Malad does his best to convince a couple of interested customers. Pic/Anurag Ahire 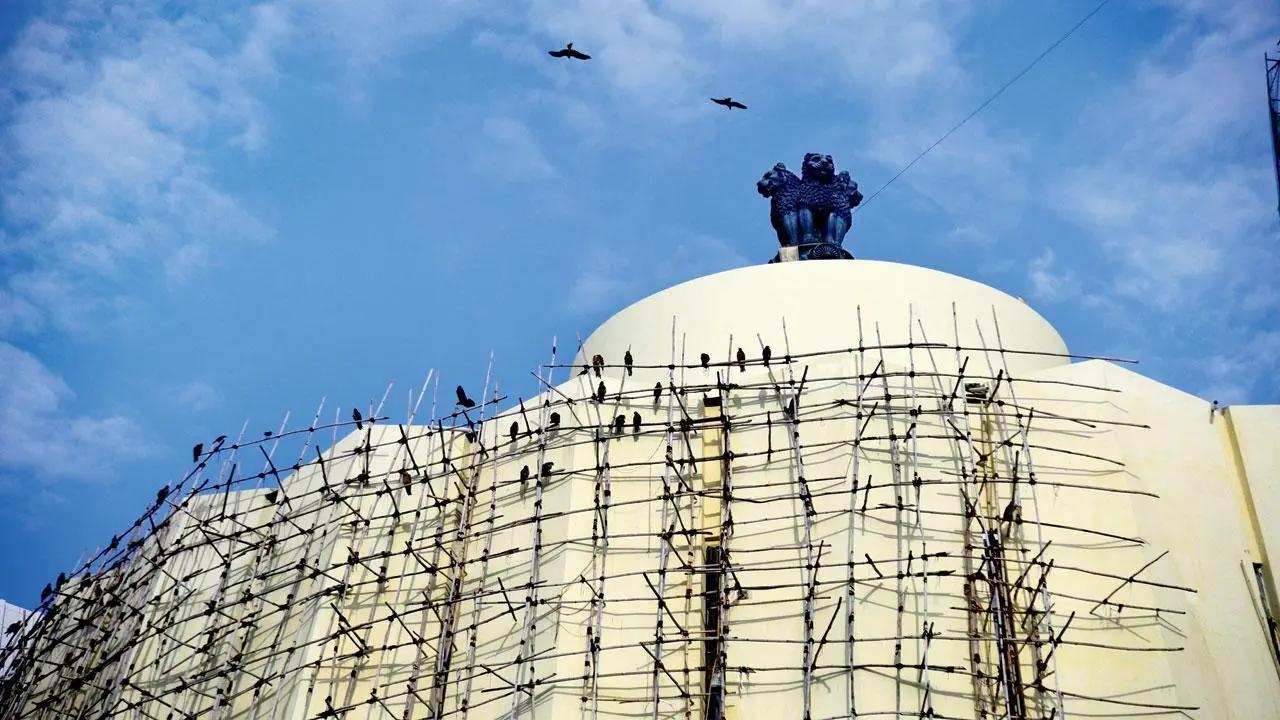 Preying for Democracy: Kites hover around the national emblem atop Vidhan Bhawan and crowd the scaffoldings around it at Nariman Point. Pic/Pradeep Dhivar 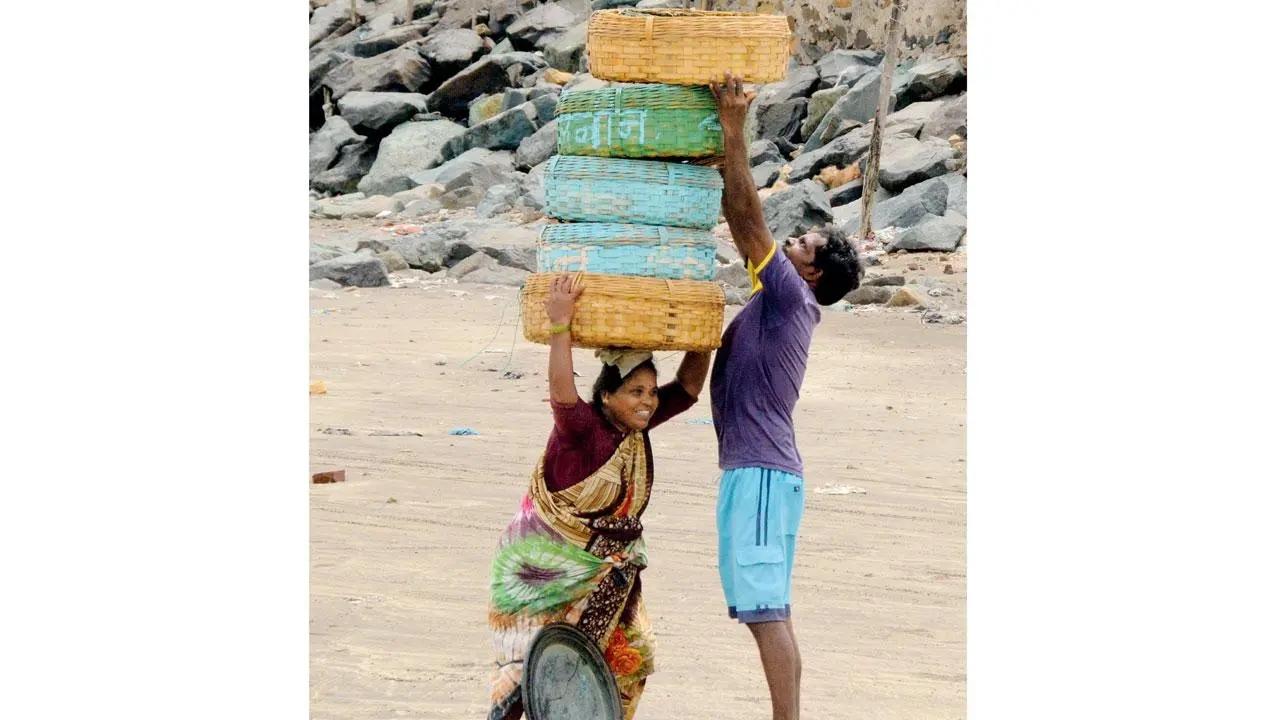 Sky Scraper: A woman from the Koli community balances a stack of baskets on her head with some help at Gorai beach. Pic/Satej Shinde 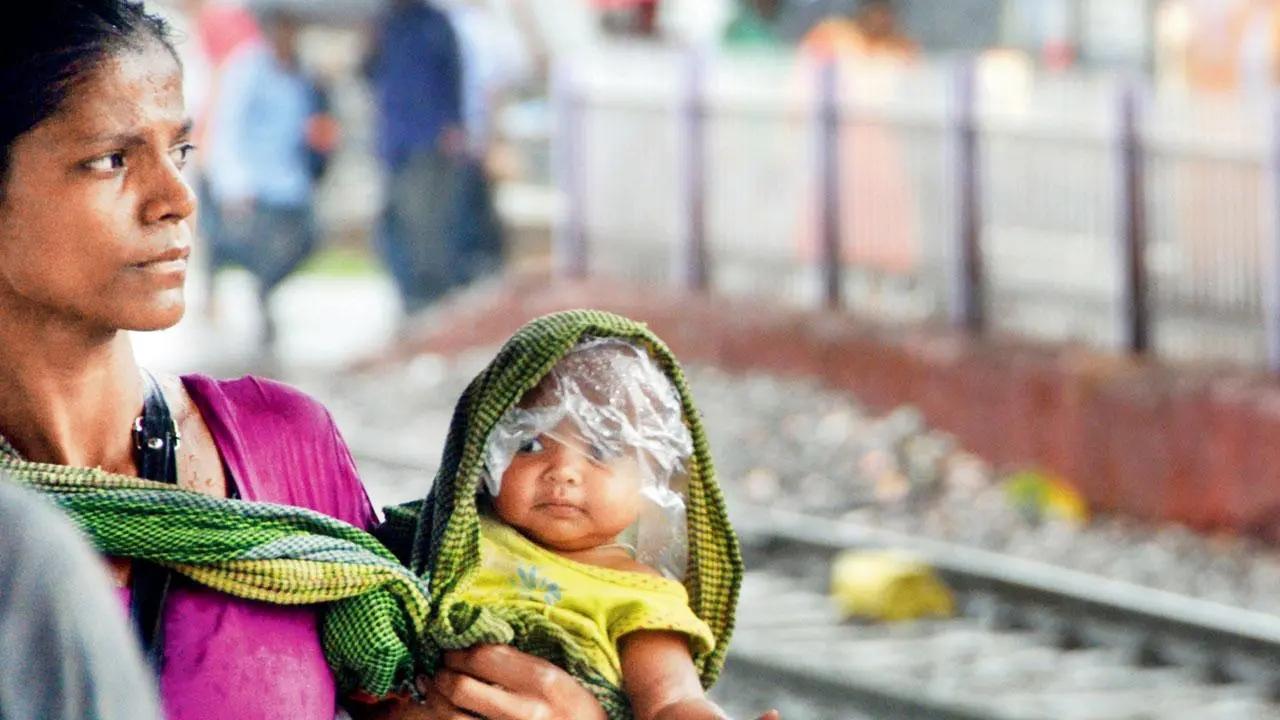 Look, it's ma' raincoat: A mother covers her little one’s head with a plastic sheet underneath her dupatta while negotiating Diva station on a rainy Monday. Pic/Satej Shinde 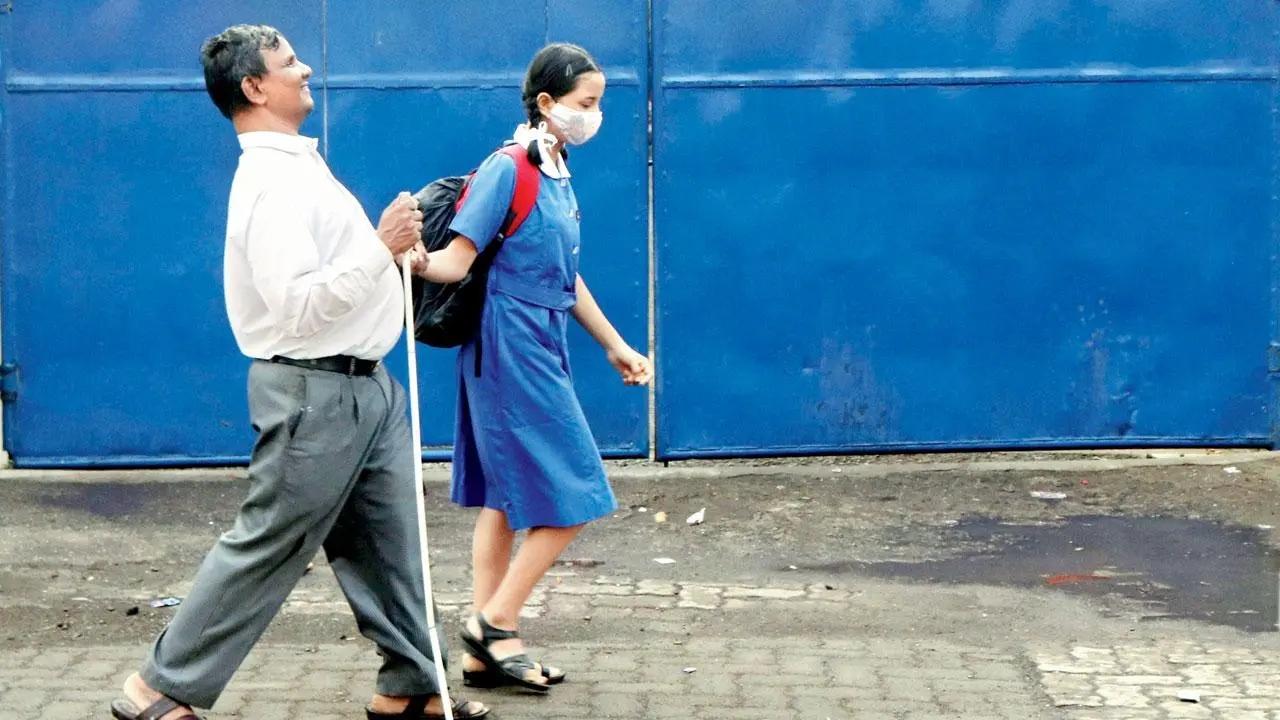 Blue is the warmest colour: A schoolgirl escorts a blind man in Andheri East. Pic/Anurag Ahire 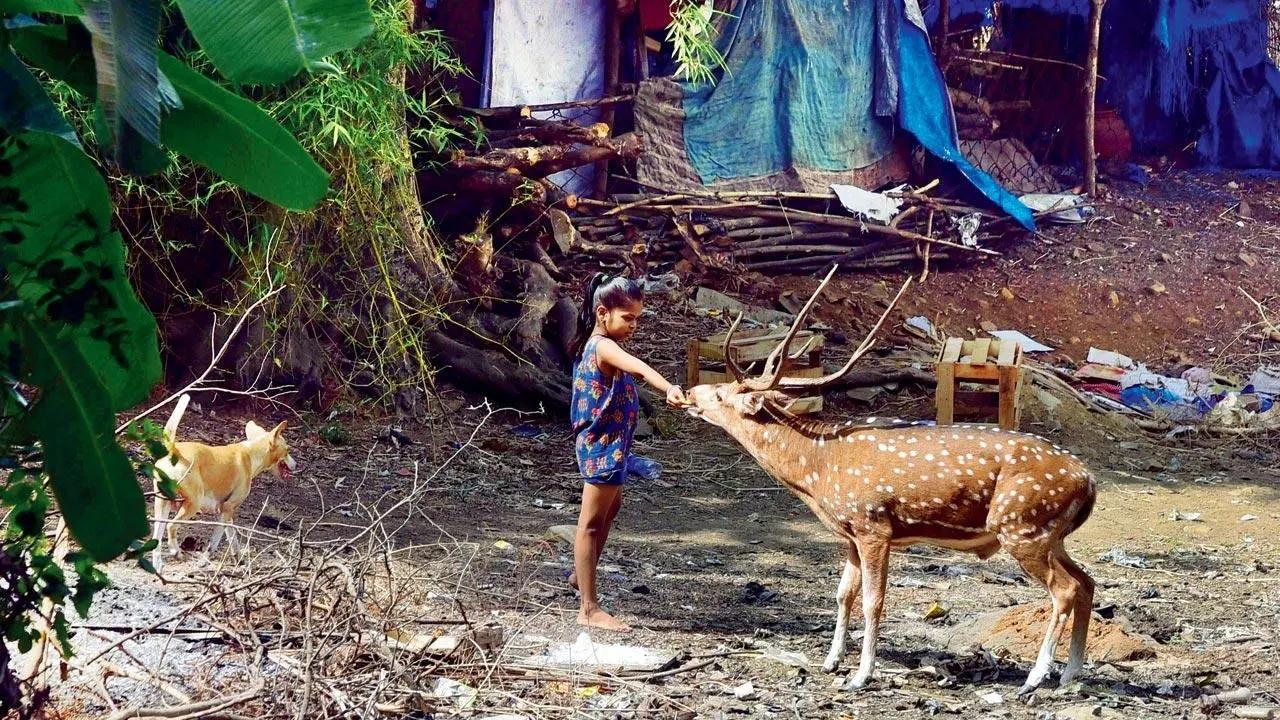 Near and deer: A girl from Adivasi Pada feeds a deer outside her home in Borivali’s Sanjay Gandhi National Park. Pic/Shadab Khan 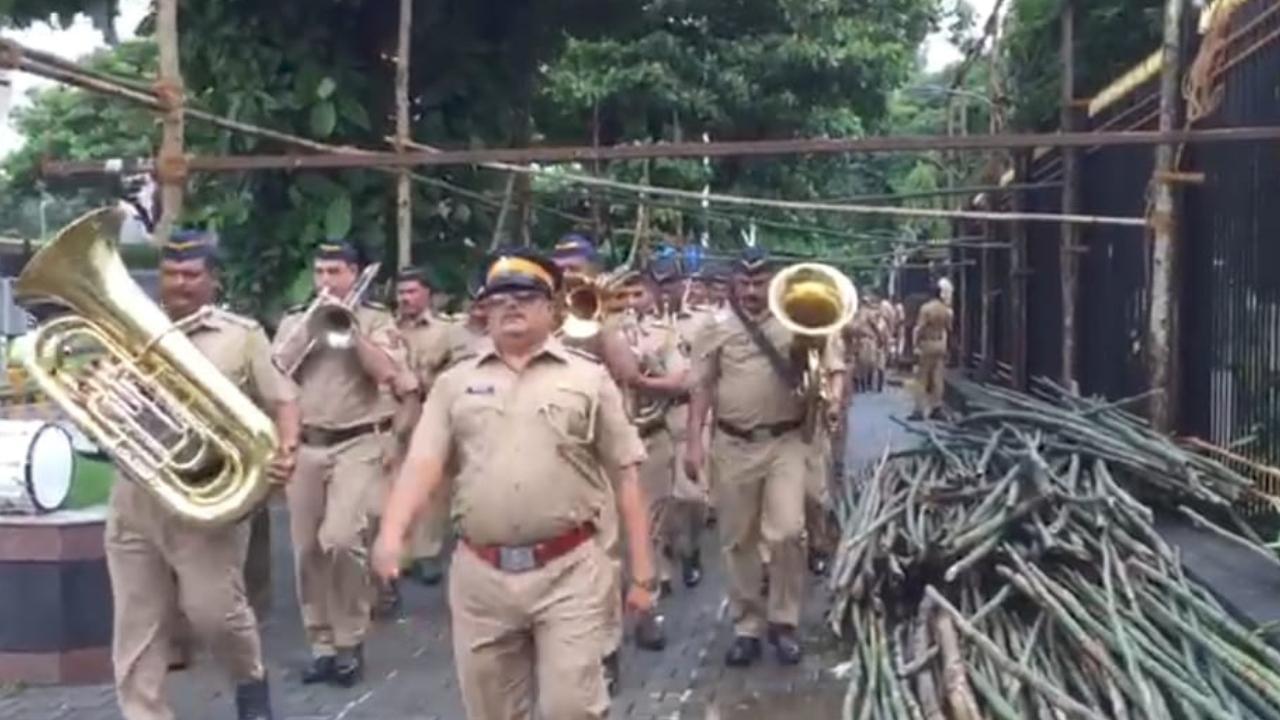 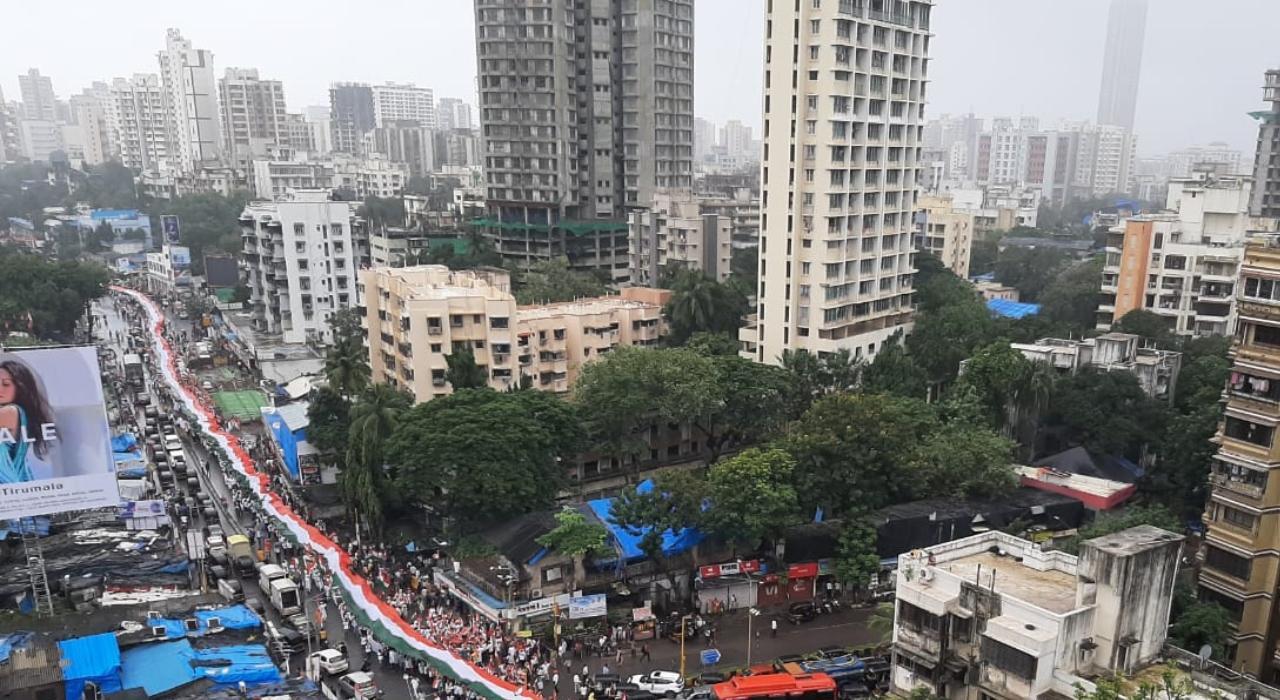 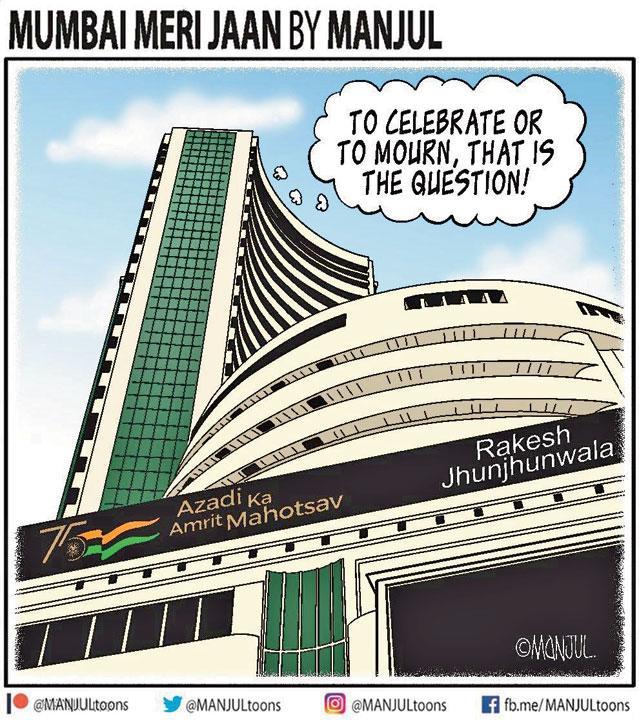