In Photos: India is developing into a prosperous country, says PM Modi in Mumbai

Prime Minister Narendra Modi on Thursday said that for the first time since Independence, India has the courage to dream big and realise it. "Across the world, there is positivity about India as everyone knows that the country is going forward on the basis of its strength and optimal use of its potential," Modi said after inaugurating and laying foundation stone of projects worth Rs 38,000 crore in Mumbai. Here are glimpses from the event held at MMRDA ground, in the Bandra Kurla Complex. (Pictures Credit: PTI and MMRDA) 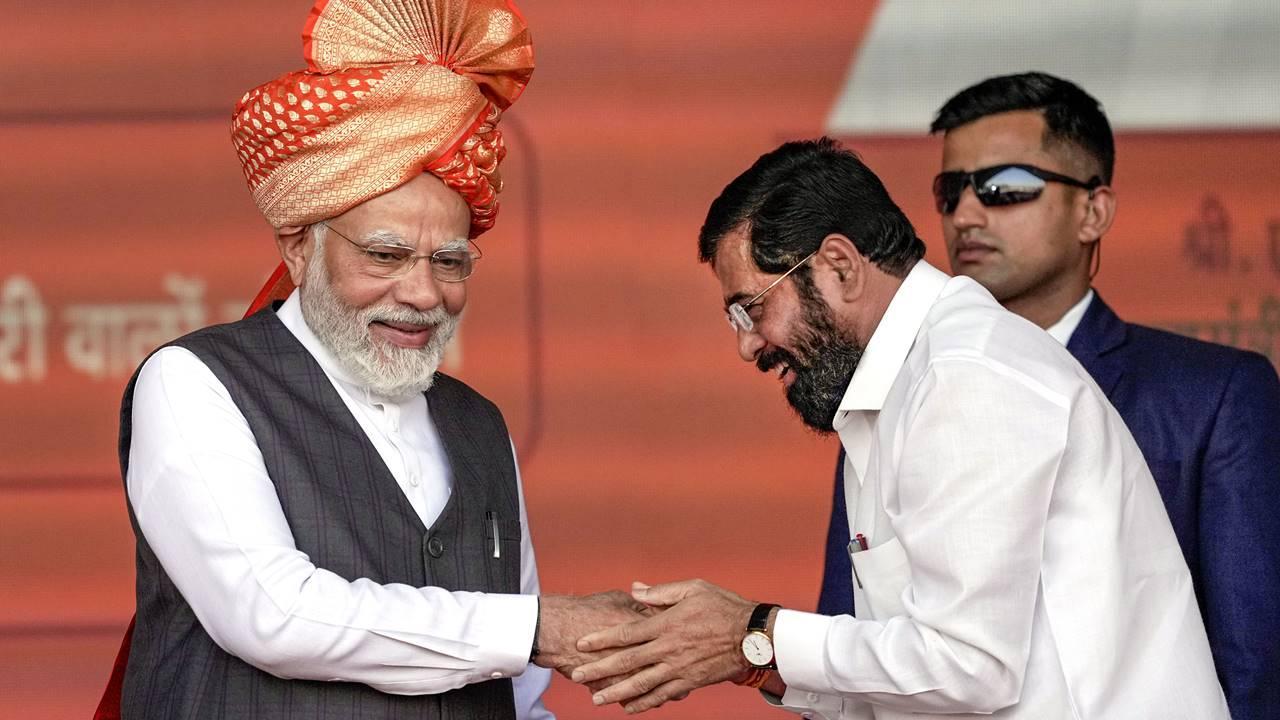 Since independence, PM Modi said, India is for the first time able to dream big and at the same time fulfill those big dreams. Pic/PTI

He said that the last century was spent discussing poverty and seeking help from the world. It is for the first time, world trusts India's resolutions.

The Prime Minister said that there are positive sentiments about the country across the world because the world has recognized that India is putting its might to good use.

Taking a dig at the former UPA government, the premier said that the country previously had to deal with corruption and scams only. He said that the money for the welfare of the poor was corrupted.

After launching the developmental projects, the prime minister said that these will help Mumbai improve its standard of living and transform the city.