Mumbai witnessed mild traffic hiccups on Thursday during Prime Minister Narendra Modi’s visit to the city. Things mostly remained in control and even the two-hour closure of Ghatkopar-Versova Metro did not generate much anxiety. Traffic movement on the Western Express Highway was not disrupted much with only a 10-minute delay near Jogeshwari when the PM’s convoy moved from the airport to Bandra-Kurla Complex Pic/Anurag Ahire 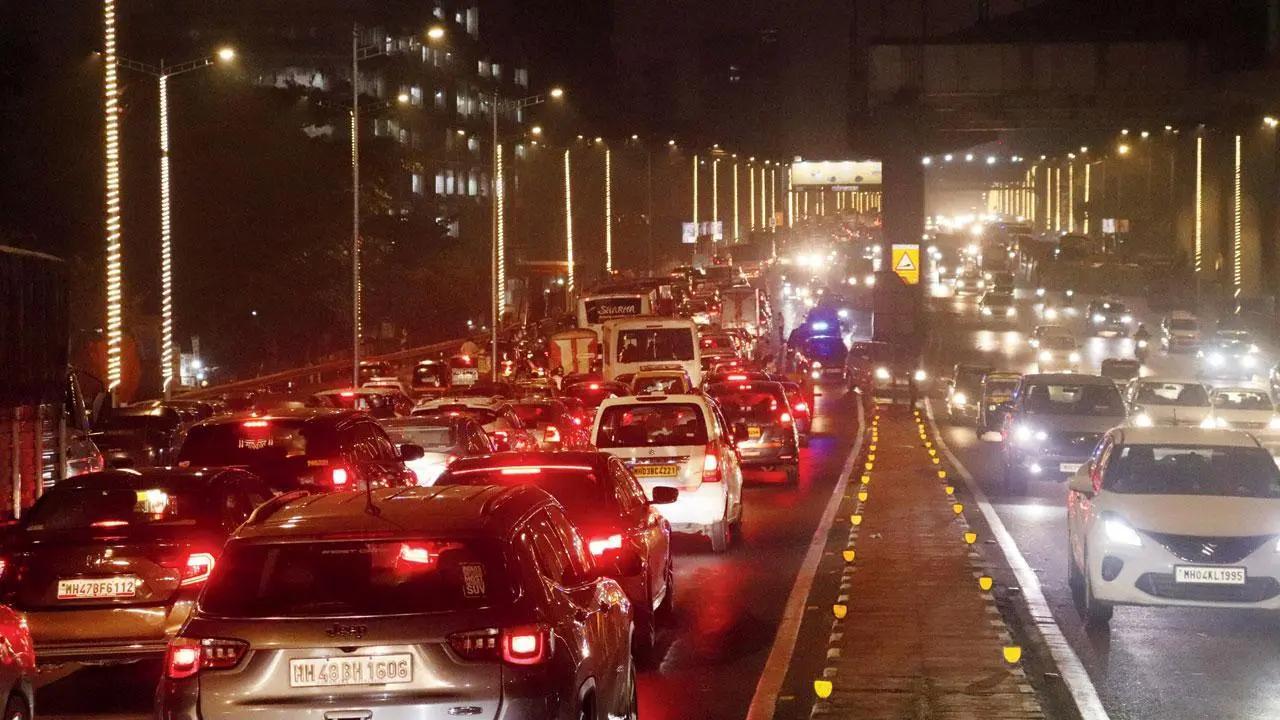 Vehicles stuck on WEH in Jogeshwari on Thursday. Pic/Anurag Ahire 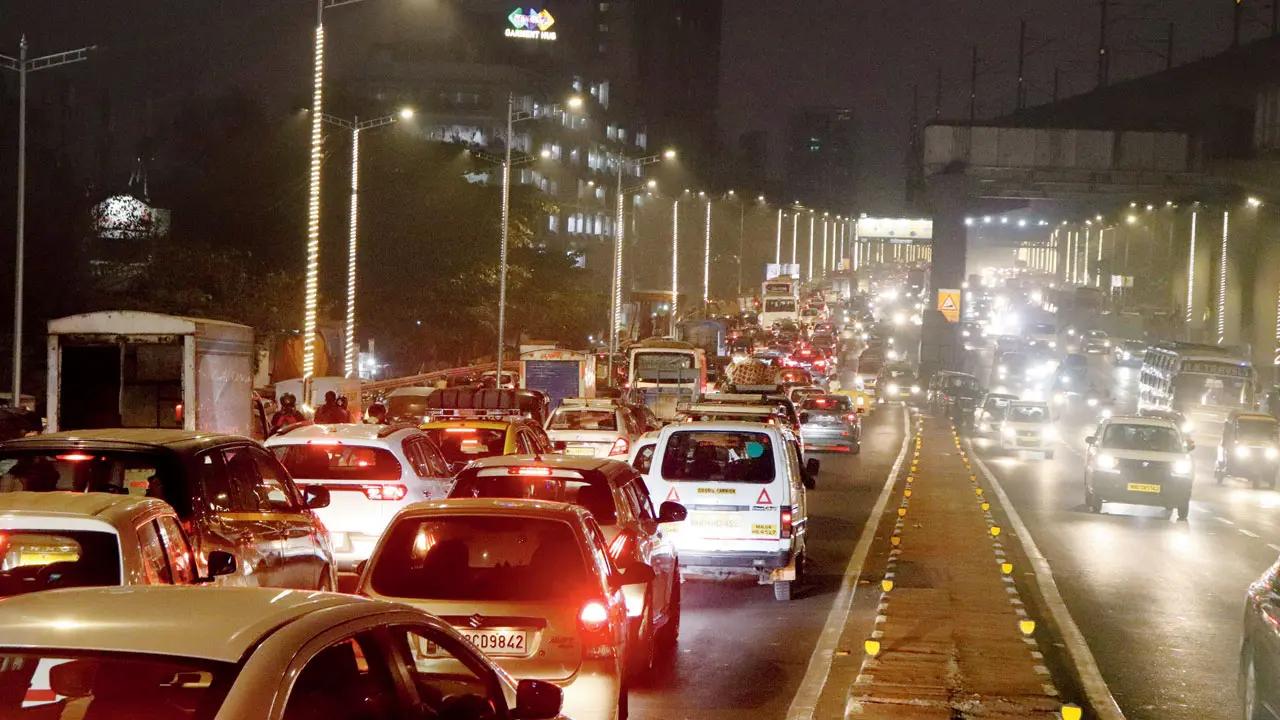 A few places in the city that witnessed halt in traffic and public movement in the afternoon due to the PM’s convoy included BKC, Vakola and Andheri East. There were also some traffic diversions in these areas. A Twitter user Pramodh Kumar tweeted a photo of traffic congestion near the Leela hotel junction near the terminal 2 of Mumbai airport Pic/Anurag Ahire

There was heavy police bandobast in view of the PM’s visit and security was beefed up across the city, especially on Western Express Highway from Dahisar to Bandra. Both police and traffic police were deployed on WEH to ensure no vehicles are parked or stopped on the highway. However, despite traffic police’s order restricting movement of heavy vehicles in the city, many truck drivers were unaware of it and were stopped near Goregaon, leading to a queue of trucks on the road. Pic/Sameer Markande 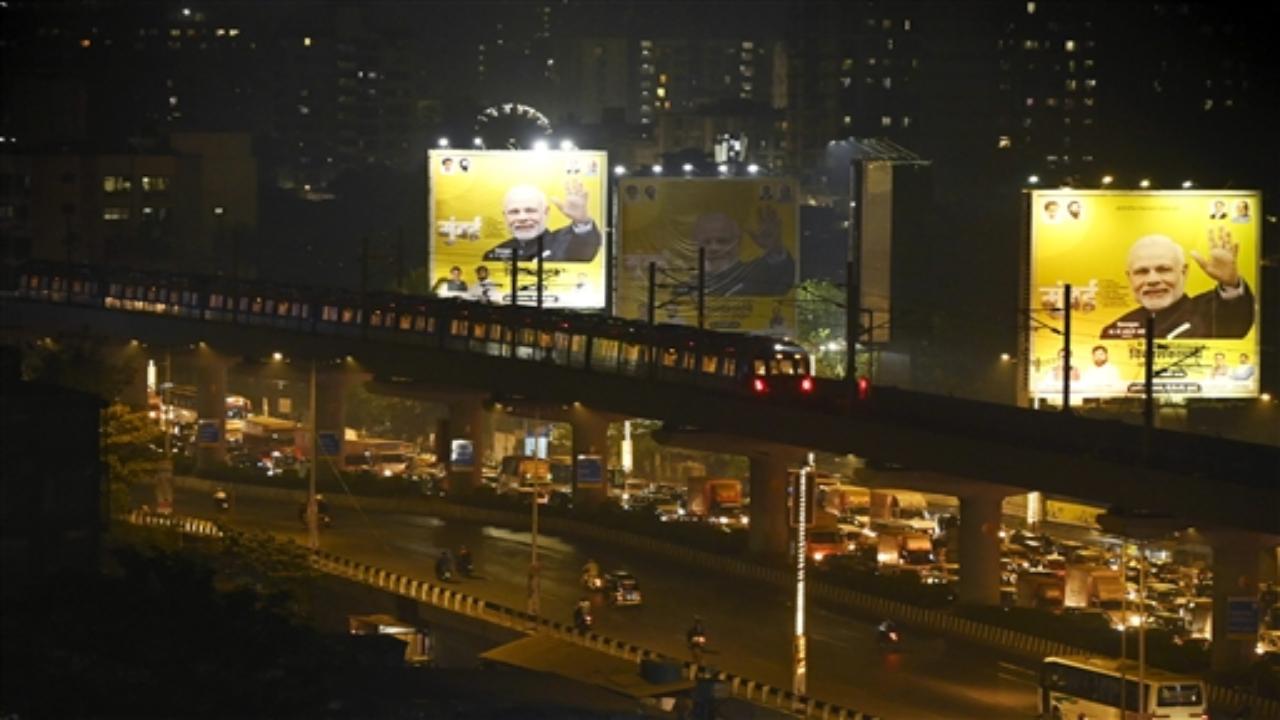 Veernarayan Yadav, a truck driver who was stopped at Goregaon, said, “I had gone to Vasai on Wednesday night for delivery of goods and was returning to Mumbai. I was not aware that heavy vehicles are not allowed. When we came to Goregaon, the police asked us to stop. There is not much inconvenience but I missed my lunch.” Pic/ANI 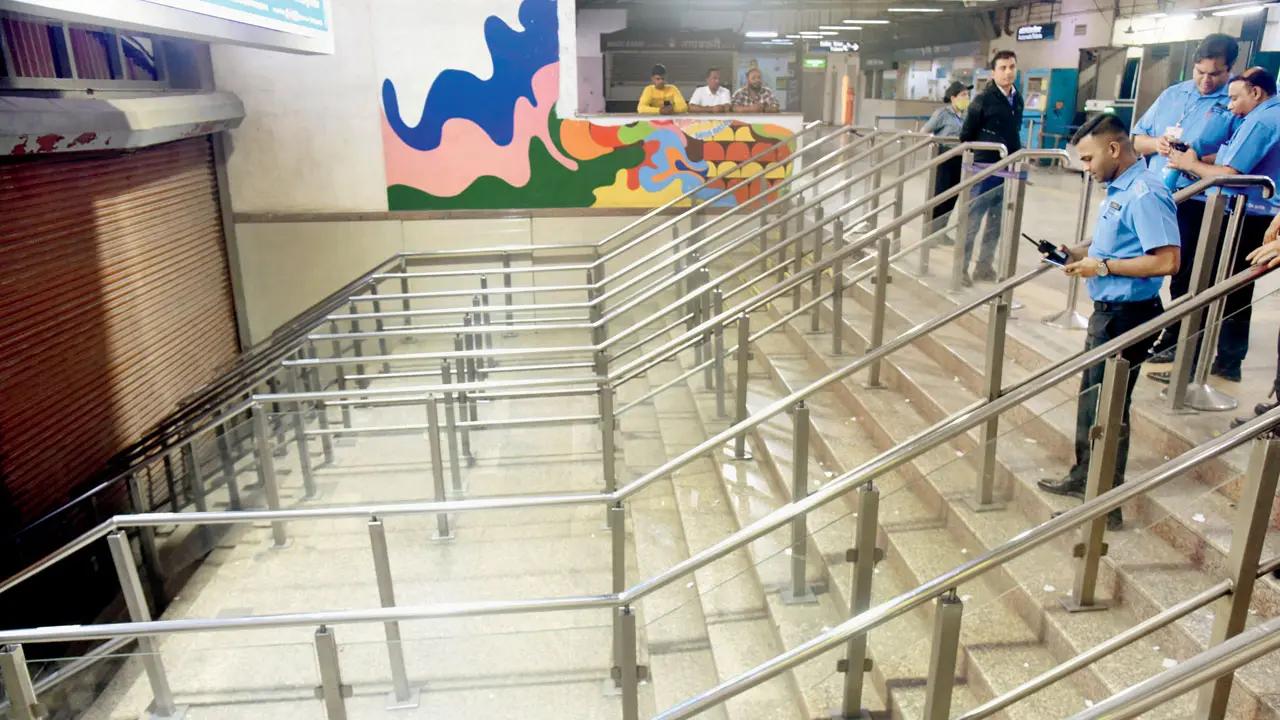 Traffic police managed to ensure a free flow of traffic despite a number of people gathering at Gundavali to get a glimpse of Modi, who arrived at the station at 6.52 pm. During his visit to the station, vehicular movement was stopped for around 10 minutes following the protocol