5 of family found dead inside Prayagraj house, probe on

On receiving the information, the police reached the incident spot immediately along with a forensic team 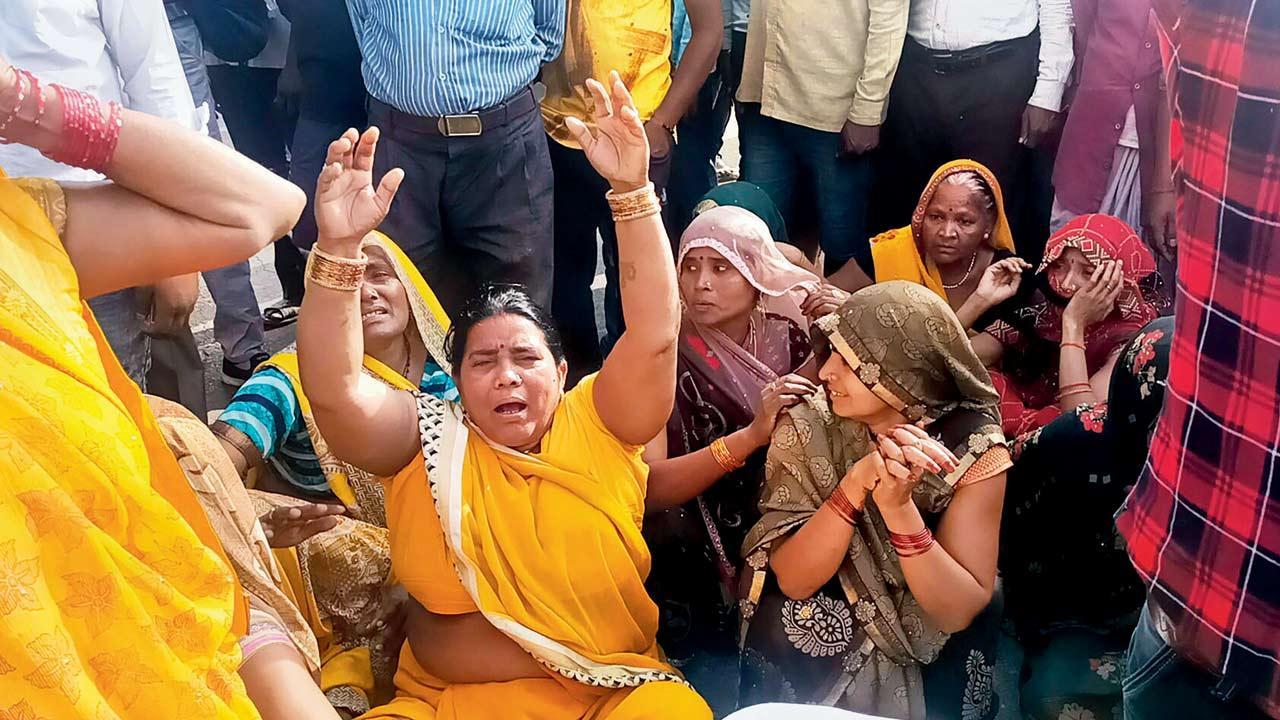 Relatives mourn for the family found dead inside their home. Pic/PTI


Five members of a family, including a two-year-old, were found dead inside their house in Khevrajpur village in the Tharwai area in Uttar Pradesh’s Prayagraj district, police said on Saturday. The bodies of victims— Raj Kumar, 55, Kusum, 50, Manisha, 25, Savita, 30 and Meenakshi, 2—were found in the courtyard of their house, which was reportedly set on fire after the crime.

Police suspect that they were attacked with a sharp-edged weapon. The incident came to light when the locals saw fumes coming out of the house and informed the local police. On receiving the information, the police reached the incident spot immediately along with a forensic team.

Locals said that the police sent the bodies for post-mortem, without waiting for the family and relatives to arrive. While the relatives have accused the police of suppressing the matter, the police is maintaining that no action was taken without the family’s permission; the bodies were removed since there was a fire.