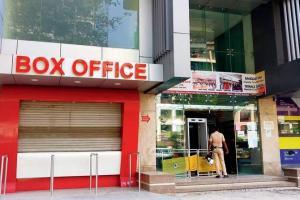 
As part of Unlock 3.0, beginning from August 1, the industries in the country have recommended that the Union government ease lockdown restrictions by allowing movie theatres, gyms and restaurants in hotels to reopen with restrictions.

Theatres, gyms, schools, and colleges have been shut since India went into lockdown in late-March to contain the spread of COVID-19. Read More Here.

As per the report, an association of cinema halls has recommended to the Union Information and Broadcasting ministry that theatres be allowed to function with 25-30 per cent capacity. The request has been forwarded to the Union Home Ministry.

Meanwhile, the Maharashtra government is also formulating guidelines to give more relaxations under ‘Mission Begin Again’. The state government may open shopping malls as part of unlocking of economic activities.

The Delhi government has also asked the central government to allow Metro trains to play, but no decision has been taken in this regard.

The report states that the Centre is moving with caution on easing restrictions as many festivals are scheduled next month.

On Monday, the leading industry body Federation of Indian Chambers of Commerce & Industry (FICCI) said that Indian and foreign carriers should be now be allowed to operate and the country should allow foreigners to travel to India on a reciprocal basis. While there has been a substantial easing of lockdown conditions in line with phase one and two, phase three remains a crucial decision for the country, it said.

FICCI said clear-cut dates should be announced by the states to open tourism, monuments, tourist attractions, hotels, restaurants, and bars. All restaurants and eateries in a hotel should be allowed to serve the resident as well as non-resident guests at 50 per cent seating capacity while maintaining social distancing norms and all necessary precautions.

Permission should be granted for hosting all kinds of banquet and conference in the hotel. COVID-19 test before arrival is an expensive and inconvenient requirement which is there in some states. This should be removed, said FICCI. Temperature checks, use of masks, and social distancing should, of course, be mandated.

Metro rail services may be opened. Stations at containment zones should remain closed and trains need not stop at these stations. Services may start with less than 50 per cent capacity initially and could be gradually increased.

India on Monday registered the highest single-day spike of almost 50,000 (49,931) fresh cases taking the total tally to over 14.35 lakh cases while with 708 new deaths, total fatalities crossed 32,771, the Union Ministry of Health and Family Welfare said.

Being the third-worst hit country, India is now adding a lakh cases in less than three days. Last Monday, the country had crossed the 11 lakh-mark and within seven days it added three lakh more fresh cases. Maharashtra remained the worst hit state after recording a single-day spike of 9,431 cases taking the state's tally to 3,75,799 of which 13,656 people have died of the deadly disease.

Next Story : Prime Minister Narendra has a word of caution for forthcoming festivals