Cop suspended after man dies by jumping off police vehicle 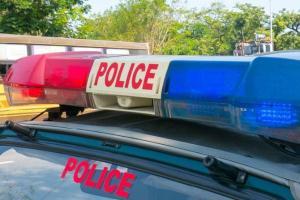 On July 18, Kiran Kumar was going on a two-wheeler along with a friend when police stopped them for not wearing a mask. There was an altercation, following which the police tried to take them to the police station in their vehicle, according to the release.

During the process, Kumar jumped off the police jeep and was later taken to a hospital. Kumar’s kin has accused the police of beating the victim which caused head injuries and led to his death.

The matter has become a major issue in the state that the police killed a youth for not wearing a mask, following which Sub Inspector was suspended until the completion of disciplinary proceedings.