At a party last week, I was served a bowl of salad that contained a strange, new grain. “Quinoa!” said the host 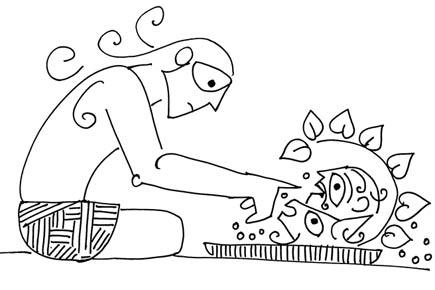 At a party last week, I was served a bowl of salad that contained a strange, new grain. “Quinoa!” said the host. “Highly nutritious. From South America. The new health food miracle,” he added. Then, another guest on the table commented, “Oh, it’s the food for the rich in New York. Ruined the Bolivian farmers. They, who grew the grain and ate it for 7,000 years, can no longer afford it.’ 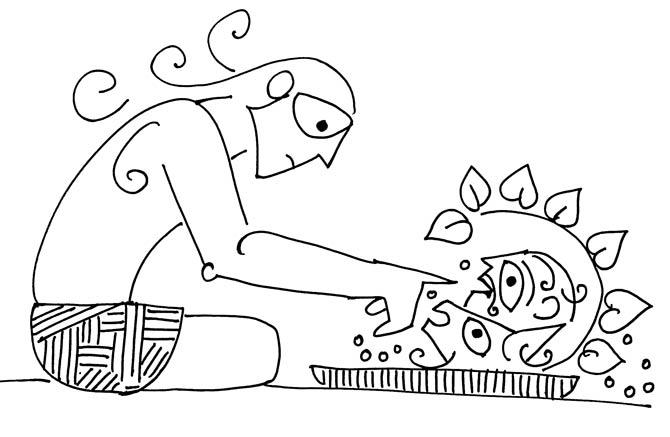 As these words were spoken, I remembered how the growing of cash crops like opium and cotton to satisfy demand of European rulers, ruined the micro-economy of many Indian farmers in the 19th century, and caused many starvation deaths. That which creates wealth and health for one group of people, often results in poverty and starvation for another. The simple act of promoting a ‘health food’ and increasing its demand in one part of the world can ruin livelihoods in another. There is no escape from karma. Every boon is always accompanied by a curse.

Karma is a complex concept. It is essentially about causality and consequences, an acknowledgment that everything in this world is connected. But we want to control karma: determine consequences by controlling actions and so we are told to do ‘good’ deeds and shun ‘bad’ deeds. This simplistic reading of karma is used to control children’s behaviour and introduce Draconian policies. Is eating and promoting quinoa, a vegetarian food, good or bad? Good for whom, is really the question. Good for those who can afford it. Terrible for those who once could afford it. Like animal rights activists, who insist we don’t wear fur or leather, can we also now ban consumption of quinoa, to save the poor Bolivian farmers. Or do they not matter, as much as animals do?

When we do the good deed of ‘saving’ an animal from slaughter, it also has consequences. Someone, who is not getting to eat, what they would like to eat, is suffering. The butcher, who is deprived of his livelihood, is suffering. The farmer, who cannot afford to take care of the live animal, is suffering. The animal, abandoned and unfed, is also suffering. Who pays the karmic price for all these suffering? The good animal-saving Samaritan?

In modern times, good and bad is classified on the basis of scientific evidence: nutrition, production practices, impact on economy and ecosystem. But the old ways of classification continue on the basis of morality and kindness.

The true holy man is one who does not eat at all. This is why starvation is such a key part of monastic rituals. The less you eat, the less violent you are. But violence takes many forms. Some are immediate: like cutting the head of a goat. Some are distant: like starving farmers in Bolivia. Which kind of violence do moralists approve, I wonder?

The author writes and lectures on relevance of mythology in modern times. Reach him at devdutt@devdutt.com. The views expressed in these columns are the individual’s and don’t represent those of the paper.