We have registered the FIR against four people, including MIM leader Kadir Khan and Congress leader Anoop Patel, a woman named Aasma and her son Sultan, the Commissioner said 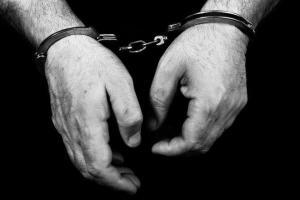 
A day after a woman and her daughter from Amethi set themselves afire in front of the Uttar Pradesh Vidhan Sabha here, police on Saturday said that four people were booked in the case, including two leaders of the MIM and the Congress on the charge of "instigating" them to immolate themselves.

Even as accused Majlis-e-Ittehadul Muslimeen (MIM) leader Kadir Khan was arrested, co-accused Congress leader Anoop Patel denied the charges levelled against him. Three police officials were also suspended on the charge of negligence in duty and departmental action initiated against them, a senior police officer said. Commenting on the immolation incident, Lucknow Police Commissioner Sujeet Pandey said that it was a result of a "criminal conspiracy" wherein some people played a key role in instigating the women. "We have registered the FIR against four people, including MIM leader Kadir Khan and Congress leader Anoop Patel, a woman named Aasma and her son Sultan," the Commissioner said.

An earlier report had erroneously claimed that the woman-daughter duo was among the four booked in the case. He said that police had arrested Kadir Khan from Amethi and he is being brought to Lucknow. The case has been registered under Sections 306, 505, and 511 of the IPC and other provisions of law. The FIR claimed that Kadir and Anoop Patel were booked for egging on the women to immolate themselves if they wished their problem to be heard by authorities. The woman and her daughter set themselves on fire in front of the Vidhan Sabha on Friday evening over alleged police inaction in a land dispute case in Amethi. The women -- Gudiya and Sophia -- sustained severe burn injuries and were admitted to the Civil Hospital where their condition is said to be "critical".

A video of the incident went viral on the social media. Condemning the incident, Bahujan Samaj Party chief Mayawati tweeted: "Attempt by mother-daughter duo to immolate themselves in front of the Chief Minister's office over a land dispute is sad. But if she was encouraged to do so to fulfil political interest, then it is a serious criminal case, which should be investigated properly. The guilty should be punished severely." Meanwhile, Patel denied the charges as "baseless" and asserted that he did not call any media persons on Friday at the spot. He claimed that the mother-daughter duo had met him at the party office a few days back and since then he was not in touch with them.