Maharashtra bus accident sole survivor: I somehow managed to jump out of the bus

Sole survivor from the bus that fell in 1,000-feet deep gorge on Mahabaleshwar Poladpur road, says the driver lost control as it was 'drizzling and foggy' 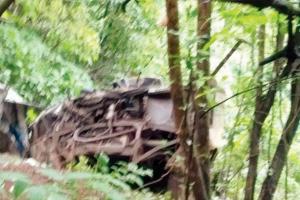 The debris of the mini bus


Thirty-four staffers of a Dapoli-based agricultural college, who were heading to Rahuri for a study tour in a mini bus on Saturday morning, fell into the 1,000-feet gorge, and got stuck at 500 feet. Eighteen bodies have been pulled out since then, and only one person has survived. Maharashtra government has announced a compensation of R4 lakh to the family of the each of the deceased.

The National Disaster Response Force reached the spot at 4 pm to perform rescue operations. The incident came to light after Prakash Sawant Desai, an assistant superintendent working at the Balashaheb Sawant Konkan Krishi Vidyapeeth, and the only survivor, climbed up the gorge and alerted Raigad police about the incident. The accident took place at Mahabaleshwar Poladpur road in the Ambenali Ghat around 11.45 am. 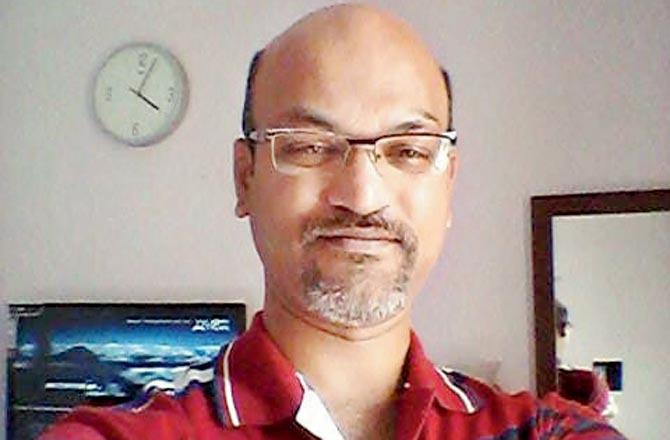 Speaking to mid-day, Prakash, said, "We left from the campus around 6.30 am. It seems the driver lost control of the bus as it was drizzling and foggy. I was sitting near the entrance of the bus, and didn't understand what was happening, but somehow managed to jump out of the bus and climb up. I borrowed a phone from the people gathered and called my friend Ajit, who contacted the local police." 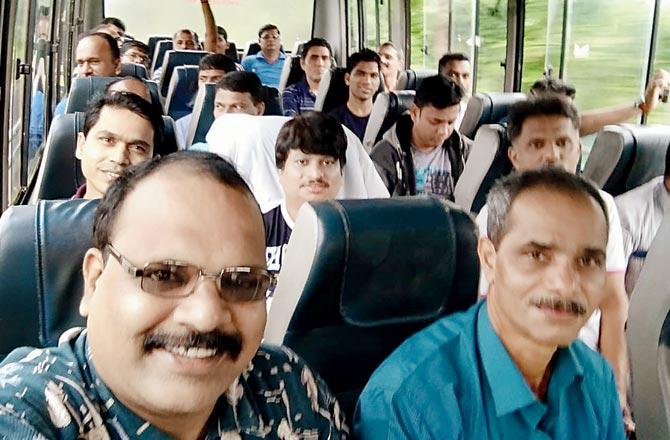 A picture taken by one of the occupants' phone, before the accident, which was then shared on a WhatsApp group

The 40 occupants were made up of staff members, PhD students, and two drivers. Deceased Rajendra Risbhud's brother Vishwas said, "This is a shock to us. He was the breadwinner of the family. He was a professor and farmer, and had his own mango business." Sanjay Bhave, a senior agriculture officer of the Vidyapeeth, said, "Every year, our campus organises a study tour. This time, the staffers along with the PhD students, planned to visit the Rahuri-based Mahatma Phule Agriculture college for the purpose of wheat research. There were around 40 people. This incident is unfortunate and huge lost for our campus."

Superintendent of Police, Raigad, Anil Pasraskar, said, "The bus has fallen into a gorge, which didn't have a safety wall. We have managed to reach to the bus and additional ropes and cranes have been summoned. It's a dense area and we have managed to pull out 18 bodies while others are trapped. At present, we have closed the ghat and the rescue workers will be working until all the bodies have been pulled out." All the bodies will be handed over to the families after post-mortem.

40
people are feared dead in the accident

Next Story : Mumbai Vs Debris: Citys construction waste problem is nowhere near a solution