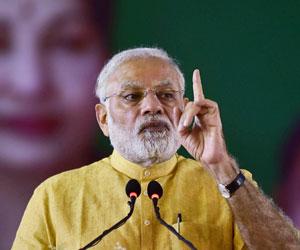 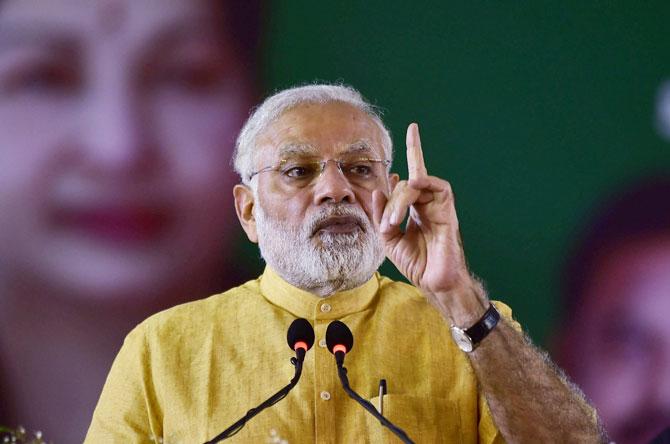 Prime Minister Narendra Modi on Sunday said his government has worked towards the emotional integration of the northeast and only integration can counter radicalisation. Modi was addressing a state-level Youth Convention at Tumakuru in Karnataka, via video conference on the theme -- 'Youth Power: A vision for New India.'

"Over the last four years, the Central government has resolved for emotional integration of the northeast and has achieved success," Modi said. The convention at Tumakuru has been organised to mark the Silver Jubilee Celebrations of the Ramakrishna Vivekananda Ashram, Tumakuru, to celebrate the 125th anniversary of Swami Vivekananda's address in Chicago and to celebrate Sister Nivedita's 150th birth anniversary.

Modi said he tries to meet the youth as much as possible to understand their hopes and aspirations and work accordingly. He said the focus of commemorations was Swami Vivekananda. Noting that there was a united resolve at various levels to achieve independence during the freedom struggle, Modi said the youth should devote their energies to nation-building.

Modi also recalled the government's efforts to enhance avenues for the youth and spoke of Mudra Yojana, self-employment and skill development. The Prime Minister said that the youth today wish to learn from the past for a better present and future.

Next Story : 45-year-old man found dead inside school in Delhi