Activist Trupti Desai, known most for leading a mass movement to allow women to enter temple shrines, has been booked in a robbery and atrocities case 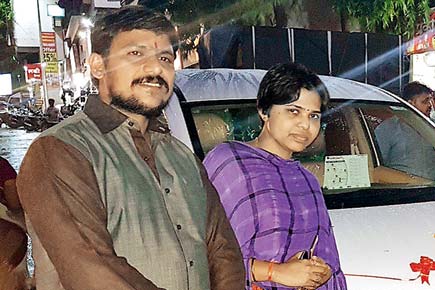 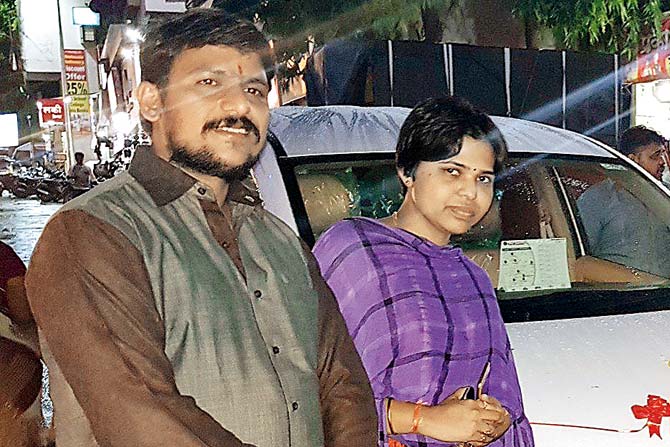 Activist Trupti Desai, known most for leading a mass movement to allow women to enter temple shrines, has been booked in a robbery and atrocities case.

The incident, which allegedly took place on June 29, came to light after victim Vijay Makasare (32), a doctor from Ahmednagar district, filed a case with the Chaturshringi police against Desai and her husband Prashant. Makasare alleged that around five months ago, he had planned to join Desai's organisation, Bhumata Ranragini Brigade.

"But, I realised that she was only minting money from the organisation. Because I had proof against them, she and her husband would threaten me. On June 27, when I was driving down the service road on Pune-Mumbai Expressway, the Desais stopped my car and assaulted me. They snatched by gold chain worth R24,000 and fled with R27,000 cash."

When contacted, Desai said, "Vijay is a notorious and mischievous person. He is trying to malign my name."

DCP (Zone III) Ganesh Shi­nde said, "We have filed a case against Desai, her husband and four others under Sections 323 (punishment for voluntarily causing hurt), 394 (robbery), 341 (wrongful restraint), 506 (criminal intimidation) of the IPC. They have also been booked under Sections of the Scheduled Caste and Scheduled Tribe (Prevention of Atrocities) Act, 1989."