Bhigwan is a new flock-spot for birding near Mumbai

A local initiative has converted Bhigwan, 300 km from Mumbai, as the hotspot for bird activity 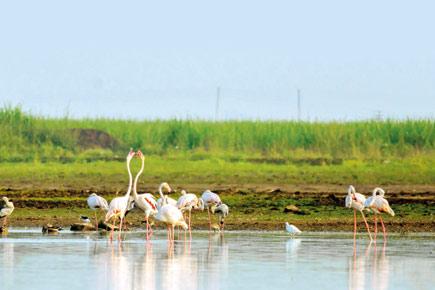 It’s that time of the year when feathered visitors from faraway lands flock to Mumbai and around, looking for warmer perches. And, Bhigwan, a small town about 300 km from here, is fast emerging as a birdwatcher’s paradise. And, this is all thanks to sustained efforts by Agnipankh, an initiative by Sandeep Nagare, a bird enthusiast from Bhigwan. 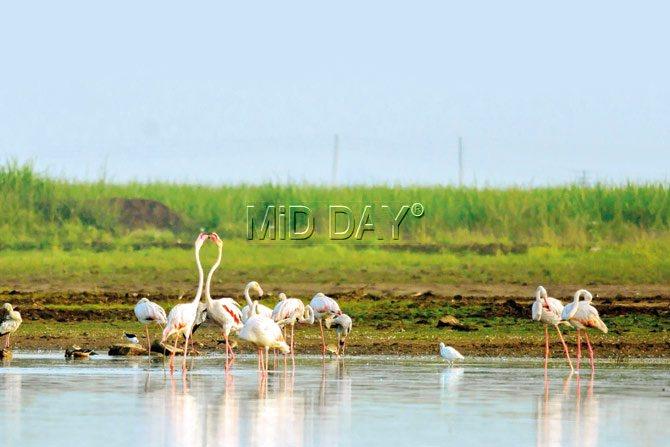 Flamingos spotted at Bhigwan. Between December and March, the area gets about 230 species, including the Little Cormorant, Common Moorhen and Osprey Western Marsh Harrier and Brown Headed Seagull. Pic/Varun vaze

Till about a decade ago, the place would see the occasional bird activity, but never any footfalls from tourists. “We started the project seven years ago after spotting a couple of migratory birds at the backwater of the Ujani dam,” says Nagare, who also runs an ecotourism firm in the area. Seeing it as an opportunity to provide employment to local youth, Nagare soon galvanised a group of youngsters training them as guides.

“At that point in time, we did not have much knowledge about the variety of birds so we got in touch with bird expert Aadesh Shivkar and other naturalists who would visit the area to help us identify them,” says Nagare. Till now the 28-year-old has trained about 20 people to work as guides.

Between December and March, the area gets about 230 species including the Greater Flamingo, Little Cormorant, Common Moorhen, Spot-billed Duck, Northern Shoveler, White-breasted Waterhen, Osprey Western Marsh Harrier and Brown Headed Seagull. Every month, over the weekend a total of 600-700 tourists visit Bhigwan. “The initiative is also creating job opportunities for women from the village who serve local food to the tourists,” he says. Nagare and his team have also created lodging facilities for those who want to stay overnight.

Ajit Sawant, a bird lover who often visits the place, says, “I have been visiting various places known for birding and am happy to see that over the years Bhigwan is developing as a hotspot for birders. The best part is that it is not a commercial spot.”