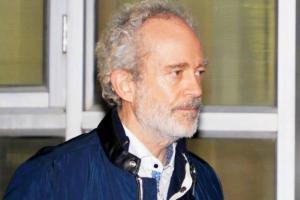 According to 12,421-page chargesheet filed by the CBI against several people, which has been viewed by IANS, Michel, who was deported to India on December 5, 2018 and is currently lodged in Delhi's high-security Tihar jail, received Euro 37 million from AgustaWestland through his company Global Services FZE, Dubai in the guise of consultancy services charges during the period February 2007 to December 2011.

The CBI claimed that an excel sheet prepared by Giorgio Casana, an internal auditor of the Finmeccanica, the parent company of AgustaWestland, lists the payments made by Global Services FZE during the period 2009-12.

The CBI claimed that as per the excel sheet received from Italy through rogatory channels, an amount of Euro 0.94 million was paid to Saxena's four companies. Saxena was deported to India from Dubai on January 31 last year.

The CBI also claimed that during the investigation it was revealed that as per the excel sheet prepared by Casana, the payments were made to these companies of Saxena in the guise of providing consultancy services on the "French activity or Mirage support".

"However, during investigation it came to light that no such consultancy services were provided by these companies of Saxena and the said work was used as a veil to make the payments," the CBI alleged.

IANS tried to contact Saxena's lawyer Rajat Manchanda. However, by the time of filing this report no response had been received.

The CBI in its charge sheet also alleged that Saxena deliberately and intentionally acquired the share holdings and became the director of Interstellar Technologies Ltd.

The CBI further claimed that Saxena conspired with Gautam Khaitan, Carlo Gerosa, Guido Haschke, Michel and others, and in furtherance of the same and he facilitated in routing kickbacks paid by AgustaWestland through IDS Tunisia and Interstellar Technologies Ltd.

"Saxena, in collusion with Khaitan, received Euro 12.4 million in the bank account of Interstellar Technologies Ltd from AgustaWestland which was further routed in collusion with Deepak Goyal, personal assistant of Khaitan and other accused persons for paying the middlemen and suspected public servants involved in the case," the CBI claimed.

On January 1, 2014, India cancelled the contract with Finmeccanica's British subsidiary AgustaWestland for supplying 12 AW-101 VVIP choppers to the IAF over alleged breach of contractual obligations and on charges of paying kickbacks amounting to Rs 423 crore.

The CBI had earlier filed a charge sheet in this case on September 1, 2017 against then IAF chief, Air Chief Marshal S.P. Tyagi and 11 other accused.

In its first charge sheet, the CBI had established "money trail" of 62 million euros (around Rs 415 crore) out of suspected 67 million euros (Rs 452 crore) total bribe paid to Indians through middlemen.

Next Story : COVID-19: Over 83 lakh cases in India as daily numbers on rise