Delhi elections: Did Narendra Modi's 'I, me, myself' style hurt the BJP?

AAP victory in Delhi seems to be an indictment of Narendra Modi's 'I, me, myself' style of governance and also of the BJP letting the saffron extremists running amok 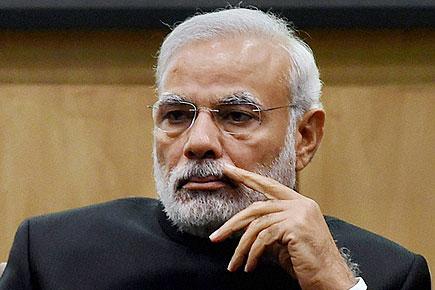 What the Delhi poll outcome has confirmed is that the Bharatiya Janata Party (BJP) can be stopped in its tracks by a determined opponent, even one not as well-entrenched as established regional parties like the AIADMK, the Biju Janata Dal or the Trinamool Congress were in their respective states in last year's general election.

In contrast to what happened in Tamil Nadu and the two other states, the BJP has been routed in Delhi by an adversary like the Aam Admi Party (AAP) which entered the fray with a lot of baggage - its hasty departure after 49 days in power in the capital last year, the boastful assertion of anarchist tendencies by its leader Arvind Kejriwal, and an economic outlook which ranged from being "Left of Left" to a claim of being sensitive to the concerns of traders since Kejriwal harked back to his 'bania' (trading community) background. 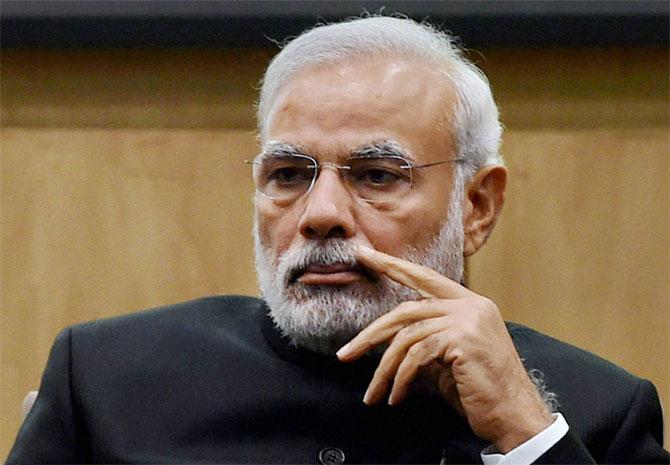 Understandably, the BJP made full use of these deficiencies with Narendra Modi urging the AAP leader to join the Naxalites (Maoists) in the jungles since he is a self-proclaimed anarchist. Earlier, the prime minister had stressed the same point by designating Kejriwal as AK-49, the automatic rifle that is a favourite of insurgents.

To buttress Modi's offensive, the BJP threw in nearly all its central ministers, headed by Arun Jaitley, and as many as 120 MPs into the campaign, a classic case of a sledgehammer being used to swat a seeming fly.

But the reason why none of it helped the ruling party at the centre will be palpable to any discerning observer. Ever since Modi'a assumption of power last summer on the basis of heady rhetoric, the ruling party has been all words and virtually no deeds. Apart from scrapping the Planning Commission, it has done precious little to fulfil its promises of a turnaround of the economy even if the initial signs are favourable considering that a seven percent growth is being forecast.

However, as Tuesday's results show, the so-called aspirational middle class has not been satisfied. It is worth remembering that today's generation is far more impatient than their forbears. They look for quick results and explanations that it takes time for the reforms to bear fruit are rejected as ineffectual quibbling.

But an inability to show results on the economic front is not the only reason for the rebuff which the BJP has suffered after its triumph in the general election and the successive victories in Maharashtra, Haryana and Jharkhand with the possibility that it might form a government in Jammu and Kashmir as well with the People's Democratic Front as a partner.

One explanation for the voters' snub to the BJP in Delhi lies in its Achilles heel of communalism, for large sections of the electorate must have been aghast that despite having come to power on the promise of development for all - sabka saath, sabka vikas - the BJP was letting the saffron extremists, including two of its MPs, Yogi Adityanath and Sakshi Maharaj, to run amok.

Apart from their divisive campaigns, what has apparently hurt the BJP is Modi's "dangerous silence", as the New York Times called it, on these Hindu extremists.

Since Modi is widely perceived as a "strong" leader, the silence has been considered strange. Even if he appears to have acted behind the scenes to rein in some of the hotheads, in addition to telling the party members not to cross the Lakshman rekha (a prescribed limit), the apprehension among the minorities have not gone away.

There is little doubt that the AAP has been a major beneficiary of this unease not only among the Muslims, but also the Christians who have been perturbed by the recent spate of attacks on churches in Delhi. Since the Congress is virtually fading away from the electoral scene, it could not avail of the minority votes, which went to the AAP.

The AAP also gained from the perception of its honesty. It's worth recalling that the Indian voter has long been looking for a person of integrity at the top, whether it was Mr Clean, V.P. Singh, in 1989, or Mr Cleaner Rajiv Gandhi in the first three years of his reign.

Now, the AAP fits the bill, especially in view of its success during its brief stint in power in curbing the police "practice" of collecting haftas or weekly allowances from petty traders and even threatening bigwigs - the Ambani brothers were named - if they insisted on high user charges on electricity and other amenities.

All these assertions, made with a touch of hauteur, made the AAP a darling of the underclass. With the minorities, too, in their catchment area and the middle class disappointed with the slow progress on the economic front, the BJP was always fighting a losing battle.

Besides, Modi's "I, me, myself" style of governance may have begun to jar on the voter. The party may have to become a great deal more moderate if it has to succeed in the next round of elections, notably in Bihar. Modi's call to Kejriwal for a tete-a-tete over tea - chai pe charcha - is probably a sign of the toning down of attitudes.

As for the AAP, it is too early to say now how it will fare outside Delhi considering that its fielding of 432 candidates in the last general election was something of a disaster since it could win only four seats. But it may have learnt its lessons from that misadventure, especially that governance matters and not a display of belligerence against all and sundry.