Baba Rampal is just the latest in the long line of cult leaders. To be a cult leader you need to have fans who believe everything you say, evidence notwithstanding, and are willing to attack, sometimes violently, those who criticise you or your ideas. 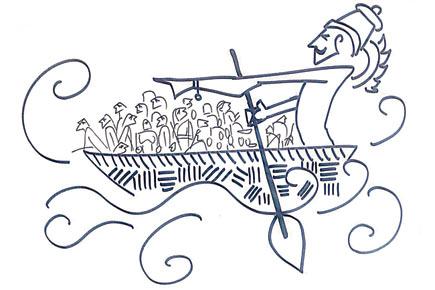 Baba Rampal is just the latest in the long line of cult leaders. To be a cult leader you need to have fans who believe everything you say, evidence notwithstanding, and are willing to attack, sometimes violently, those who criticise you or your ideas. Baba Rampal certainly fits the bill. He declared Shiva, Vishnu and Brahma, the three sons of Kaal Niranjan and Ashtangi Aadi Maya were spreading a false web to waylay humanity and that the true path to the true God, or Sat Purusha, was him, the spiritual successor of the true saint, Kabir. Thousands of people believed these stories, drank the kheer allegedly prepared from milk used to bathe him, and were willing to kill for him, and die for him. 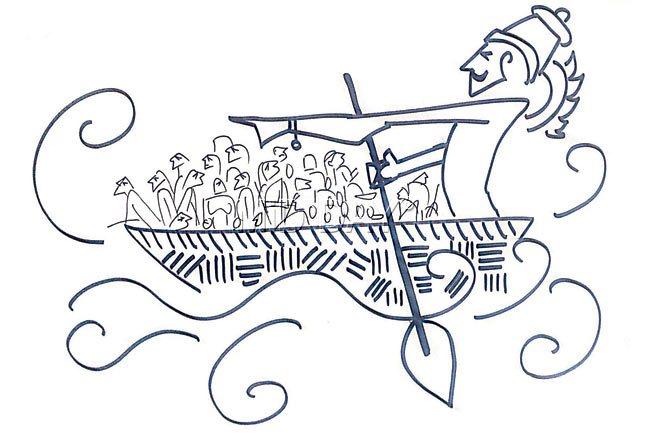 Before we start believing that all cult leaders are Indian, we must turn our gaze to America’s televangelists who have a long history of telling bizzare stories that their fans accept as the truth. They reject the idea that Jesus saw value in poverty and suffering as the Catholic Church claims, or that he valued the simple life as many Protestants believe. These Prosperity Preachers insist that Jesus wants everyone to be rich, that greed is good and godly, and that giving money to their Church is a quick way of attracting the Lord’s fortune.

Not all cult leaders are religious. There are quasi-academic quasi-political cults, like the one led by Rajeev Malhotra, who shot to fame by initiating the witch-hunt against Wendy Doniger in USA (who also has her fan following that believes every word she writes is the truth and nothing but the truth). Fuelled by that success, this NRI now imagines himself as an ‘intellectual kshatriya’ who is going to ‘save India’ from those Western and Indian scholars, dead and alive, who he imagines as conspiring to ‘break India’. He positions himself as the source of all ‘path-breaking’ Hindu wisdom, yearns to be invited to meetings and literary festivals, itching to debate and demolish. Ignored, he mocks imagined challengers as ‘colonial sepoys’ and he brands imagined rivals as ‘mediocre’ and ‘plagiarists’. His fans enthusiastically agree. For them, he is the saviour, prophet and martyr of Hinduism, and they fail to see the irony of such qualifications! Perhaps the most fascinating cult leaders are the ‘rational’ ones and their ‘rational’ fights, the most acrimonious being the decade-long feud between Richard Dawkins and Deepak Chopra. Dawkins is an evolutionary biologist, famous for coining the term ‘meme’; he is what is best called a militant atheist. Chopra is a mind-body guru, popular among Hollywood stars, who questions the scientific status quo by speaking about ‘consciousness’ and ‘quantum healing’. Both Dawkins and Chopra, call each other names like fraud, fundamentalist and bigot. Both inspire great admiration and irritation, in equal measure, as they make room for no other truth but their own.

Cult leaders are not liars; they do present powerful and profound truths. But the problem is that it eventually stops becoming about what they are saying, it becomes about them! They become attractive, evoking the animal within us, our desire to be part of a pack or a herd, our desire to follow an alpha and protect a territory against rivals. They also appeal to our human side, the side that yearns for some meaning and purpose, that wants to reject others, indulge the self and feel superior, by association to grand personalities.

The author writes and lectures on relevance of mythology in modern times, and can be reached at devdutt@devdutt.com