Devdutt Pattanaik: The Sexuality of Villains

Some people are upset that Bollywood is once again distorting history. This time it deals with Padmavati, the queen of Chittor, who killed herself rather than letting the Delhi sultan, Alauddin Khilji, capture her 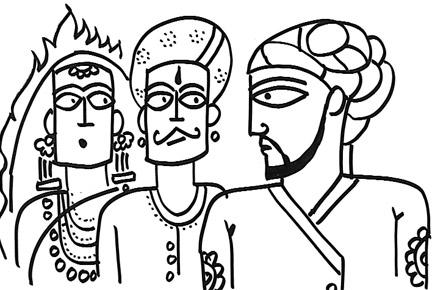 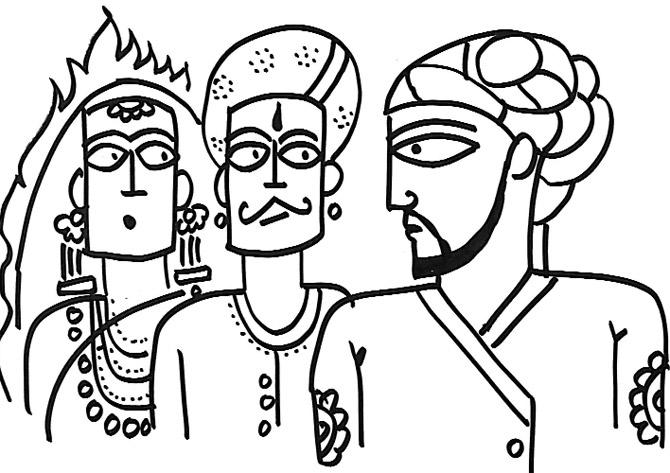 Some people are upset that Bollywood is once again distorting history. This time it deals with Padmavati, the queen of Chittor, who killed herself rather than letting the Delhi sultan, Alauddin Khilji, capture her. Historians argue that information about Padmavati comes from an epic poem Padmavat by Malik Muhammad Jayasi that was composed over 200 years after the 14th century invasion. So she is at best a legendary figure. Legend is story based on few historical facts, unlike myth which truth based on faith.

But what historians, and Bollywood, will not openly reveal is that Alauddin Khilji was known for his homosexual leanings. He bought a beautiful boy, who later became the dreaded general Malik Kafur, invader of Madurai, from a slave market in Gujarat for a thousand gold coins. Some would argue bisexuality, and even pedophilia, was the accepted practice in the hill tribes of Central Asia then. It has given rise to contemporary practices such as 'baccha bazi' in Afghanistan, and – when it spread to India – 'launda nach' of Bihar, where boys dance to music for the pleasure of older men, since women were forbidden to perform in public.

With Jayasi's poem, Alauddin Khilji is firmly established as a rabid heterosexual, unable to control his passions, going to the extent of invading a country, but finally meeting his match in the noble queen, who resists valiantly, preferring death to dishonour. What story will Bollywood tell? Not history for sure. But which fantasy? Heterosexual love triangle, most probably, spiced with religious politics, establishing secular credentials by showing Hindu pandits and Muslim mullahs in a bad light, maybe, with love transcending religion. It always works.

What story will Bollywood not tell? Plot 1: a woman's beauty turns a silly, shallow, unsuitable homosexual boy into a Bollywood-approved heterosexual stalker. A magical transformation hoped by many parents who force their gay sons into marriage. Plot 2: the invader leaves the city and its queen alone, after the king lets himself be captured by the obsessive invader. For the sake of queen and country, why not?

Right Wing radicals on the internet are busy pointing to Muslim invader's sexuality (as per history) and the Hindu queen's chastity (as per legend). The closet homophobia is evident here: the local boys are straight; the foreign invader is deviant. This closet homophobia extends across party lines, to those on the left also.

Currently, there is Marathi play doing the rounds that projects Mahatma Gandhi in not very flattering terms, while his assassin, Nathuram Godse, an RSS sympathizer, is being projected as noble, with justifications being offered for his violence. Many 'secular' politicians are upset. They argue: if the play is exploring THE truth, why is the issue of Nathuram's homosexuality, based allegedly on an interview with Nathuram's own brother Gopal, being ignored. Under the veil of objectivity, homosexuality is once again being made an indicator of moral and psychological aberration, after all Gandhi did advocate celibacy and chastity explicitly, and heterosexuality implicitly.

The pattern is both cases is the same: the heroine/hero is heterosexual and chaste, essentially hetero-normative. The villain is homosexual and deviant. While everyone is talking about historical accuracy and creative license, few are noticing the closet homophobia uniting filmmakers, playwrights and critics across party lines.