Devdutt Pattanaik: The spread of Hinduism

By the time the Upanishads were composed, 2,500 years ago, there was a familiarity with the Gangetic Plain 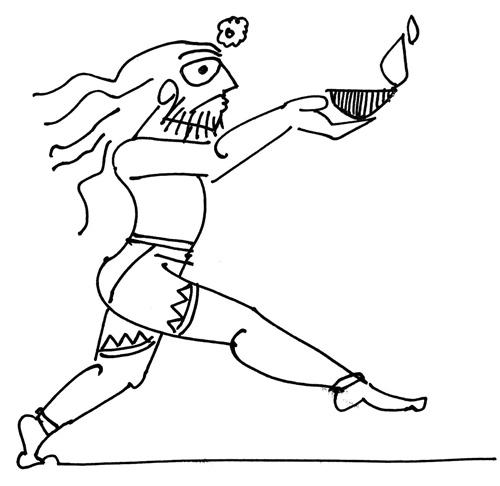 The hymns Rig Veda, as we know it today, were composed over 3,000 years ago around Punjab and Haryana, and refer to a time when there was movement eastwards towards the Gangetic Plain, a movement facilitated by fire. By the time the Upanishads were composed, 2,500 years ago, there was a familiarity with the Gangetic Plain. This is the region, and the time, associated with the life of the Buddha and the Jina Mahavira.

Around 2,000 years ago, the Mahabharata had been put down in writing in Vedic Sanskrit, after centuries of oral transmission. Here we have some of the earliest references to the South in the list of pilgrim spots that refers to Viraja on the eastern coast, in Odisha and Gokarna in the western coast in Karnataka, as well as the southern tip of India, Kanya. By this time, clearly, Brahmins had reached almost every corner of India, as had Buddhist and Jain monks. Ideas were being exchanged from north to south, east to west, and vice versa.

The earliest Tamil literature, or Sangam literature, belongs to the period when the Mahabharata was reaching final written form in north India. Nearly 10-20 per cent of its 500-odd poets have names indicating Vedic and northern roots. Tamil Brahmi script, also found in this period, as old as Ashokan inscriptions, if not older, reveal awareness of Vedic names. This was the result of the famous 'dakshina-patha' or the north-south trading route. It allowed for exchange of ideas.

In Sangam literature, we hear of kings who fed the warriors before the Kurukshetra war. We hear of descriptions of how the presence of Ram at Kodi, in Pandya lands, silences chattering birds. We hear of Parashurama, who killed kshatriyas, and of three-eyed Shiva, and of dark-complexioned Krishna whose symbol is the eagle and white-complexioned Balarama whose symbol is the palm tree. All these are northern ideas that clearly travelled to the south along with migrating Brahmins. In later Tamil literature, we hear of Agastya who went south and never returned to the north, and composed Tamil grammar. Buddhism and Jainism also moved from north to south leading inspiring many cave temples and epic literature.

Many ideas from the south came north too. It was never a one-way movement. The elaborate agama or smarta system of worshipping Hindu gods in temples evolved in the south and travelled north. Bhakti as an idea emerged in the south. Southern acharyas from Shankara (8th century) to Ramanuja (12th century) to Madhva (14th century) to Vallabha (16th century) made Vedanta popular throughout India. When northern centres of learning, such as Kashmir, were overrun by Muslims, Hindu ideas consolidated themselves in the south, especially in Odisha and the Vijayanagar Empire.

Many believe that caste spread from north India to south India. But answers are not so simple. Yes, the Brahmins did carry the concept of the four-fold varna-dharma from north to south. But in Sangam literature talks of 'ananku' sacred power that women possess by virtue of being restrained, chaste, and pure. This probably gave rise to menstruation taboos, and other ideas related to purity and power.

Thus, we find Hinduism spreading in a clockwise direction from the northwest, to the east, then south and then back to the north, slowly over centuries. It even spread overseas to Southeast Asia between 300 and 1300 CE, after which it stopped as sea travel was equated with loss of caste.

Next Story : Paromita Vohra: Fit for what?