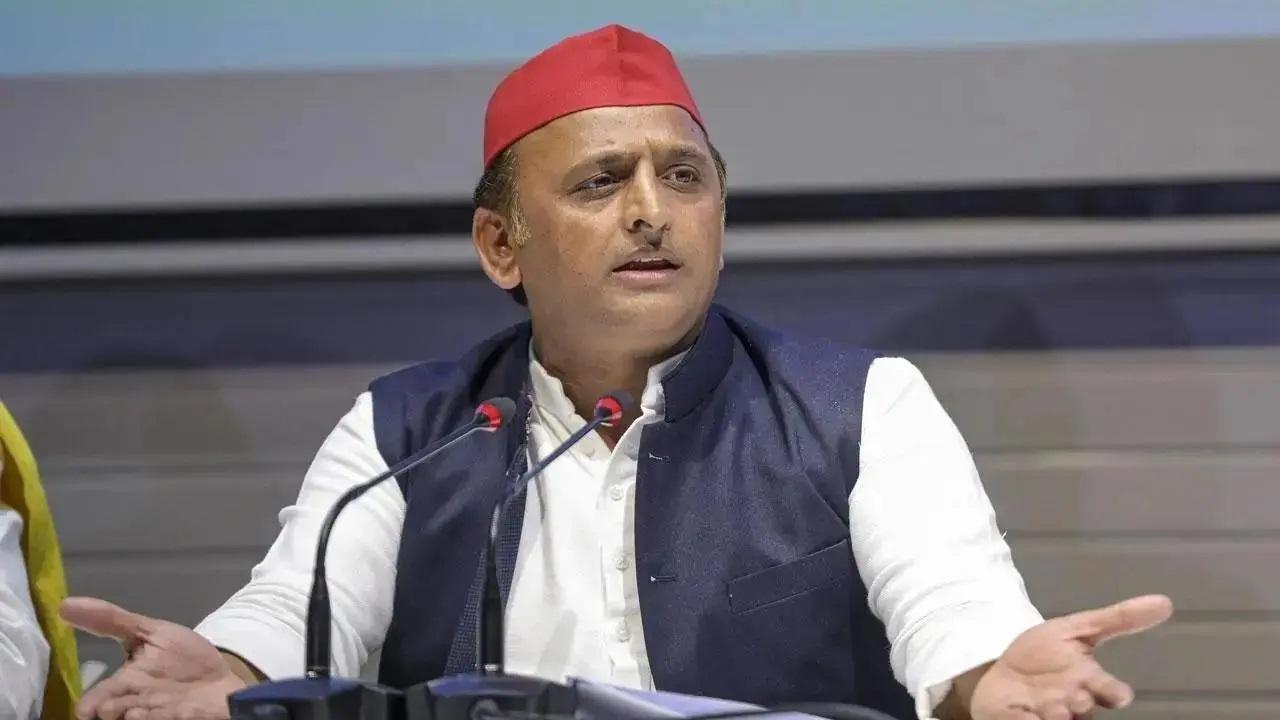 
Samajwadi Party chief Akhilesh Yadav said on Thursday that the political shift in Bihar is a "positive sign" and hoped a strong alternative to the BJP is formed in the 2024 Parliamentary polls.

He also claimed that the BJP's allies in Uttar Pradesh are not happy with it and will also break free from the saffron party in the future.

JD(U)'s Nitish Kumar recently dumped the BJP and joined hands with Lalu Prasad's Rashtriya Janata Dal (RJD), the Congress and other parties to form a new government in Bihar.

In an interview to PTI at the party headquarter here, Yadav said his party is focusing on strengthening and restructuring its organisation and will be holding a national convention this year.

The SP chief also accused the Election Commission of "dishonesty" and blamed it for his party's defeat in the assembly polls as well in the bypolls to Azamgarh and Ramgarh seats.

When asked about the developments in Bihar, the former Uttar Pradesh chief minister said, "It (Bihar development) is a positive sign for the country's politics."

"Political allies are not happy with the BJP. See in UP what they (BJP allies) are getting. One day they will also run away from them," he said without elaborating.

The BJP had tied up with the Apna Dal (Sonelal) and Nishad party in the assembly polls.
About the 2024 parliamentary polls, Yadav said, "I hope a strong alternative will be formed against the BJP and people will support it."

About his party's role in the formation of an alternative, Yadav said, "Telangana Chief Minister K Chandrashekar Rao, West Bengal Chief Minister Mamata Banerjee and Nationalist Congress Party chief Sharad Pawar are working on it. Our focus as of now is strengthening our party in the state."

After the political upheaval in neighbouring Bihar, talks started doing the rounds in Uttar Pradesh if it could be replicated in the most populous state which sends maximum 80 MPs to Lok Sabha.

It was also debated in political circles if Yadav and BSP supremo Mayawati would again combine against the BJP in 2024.

The BJP's number went up to 64 after victory in Azamgarh and Rampur in by-election. Its ally Apna Dal (Sonelal) led by union minister of state Anupriya Patel has two MPs.

In the opposition camp, the BSP has 10 MPs while Yadav's strength has come down to three from five after the bypoll defeat. Congress president Sonia Gandhi is the lone representative of her party from UP.

Though there is no early indication of a realignment of parties in Uttar Pradesh, BJP leaders have already dismissed any impact on them if it comes, saying the different combination of opposition parties have faced drubbing from the saffron party in 2014 as well in 2019 and also state polls.

Yadav said the SP will hold a national convention this year and the focus is on strengthening the party at the booth level.

"Our membership drive is going on and is getting a good response. This time the drive is through mobile app, online and QR code also besides traditional ways," he added.

About the municipal corporation polls scheduled later this year, Yadav said the party has made in-charges for this and preparation is on.

Yadav said the SP had contested past polls with an appeal to save democracy and now after the polls, results are in front of everyone.

"There is no unbiased institution left in the country. Under pressure, the government is getting whatever it wants from these institutions," Yadav alleged.

Blaming the EC for the party's rout in assembly polls and bypolls, he said, "The EC did a lot of dishonesty. It did not hear opposition voices. A large number of votes were cut from the electoral rolls."

"In Rampur, SP workers were not allowed to cast votes while in Azamgarh, red cards were issued to SP workers. Was the EC sleeping? It did not pay heed to our complaints," Yadav alleged, asking the poll body to improve its functioning.

On record Covid vaccination in Uttar Pradesh, Yadav alleged that all "data for the second dose vaccination is fake".

Attacking the state government on the law and order situation, Yadav said it is in "bad shape" while the medical system has collapsed.

"There is no medicine, no treatment and no operation. The machines used have become obsolete be it for X-ray, MRI or CT Scan. In medical university in the state 'dalals' are roaming," Yadav said.

Officers and ministers are doing 'manmarji' (working on whims and fancies), while the chief minister is busy in review meetings, he added.

Next Story : Man arrested in Uttar Pradesh village for wearing burqa while going to meet girlfriend