The probe agency conducts searches at multiple locations in Meghalaya, UP, Delhi, Maharashtra and other states in a money laundering investigation 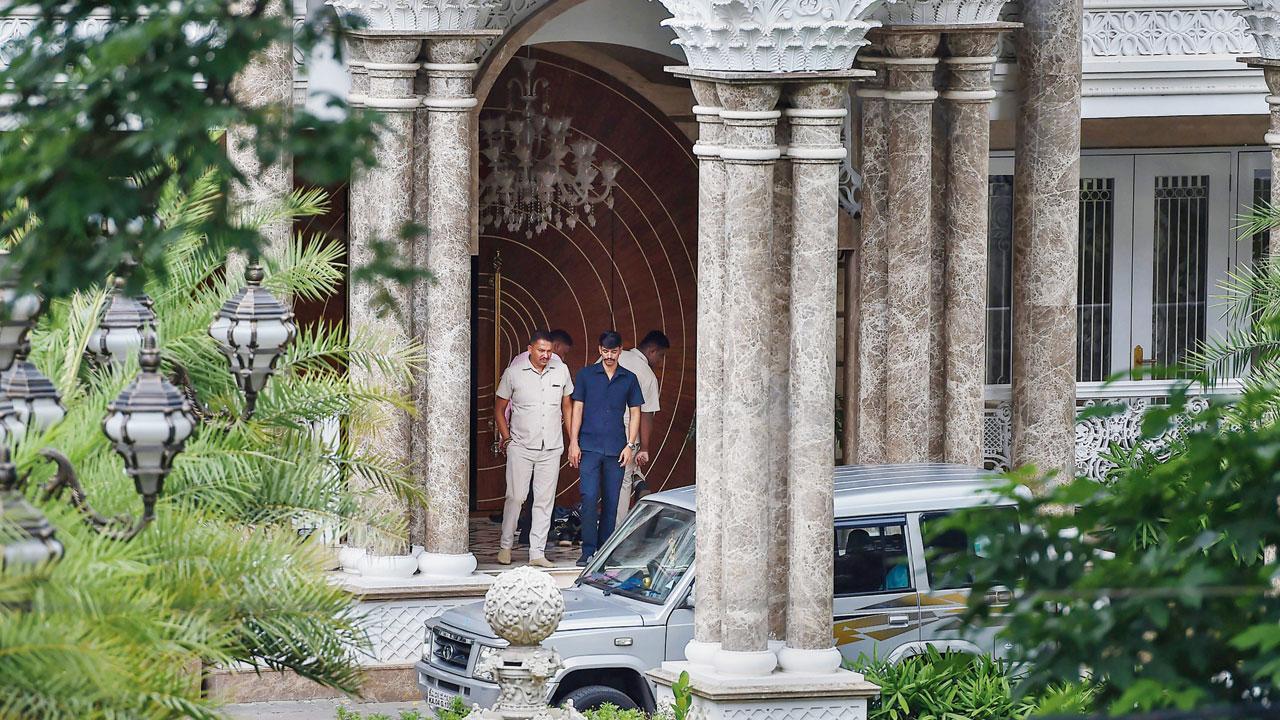 Anti-Corruption Bureau (ACB) sleuths at the residence of Congress MLA Zameer Khan during a raid, in Bengaluru, on Tuesday. Pic/PTI


The Enforcement Directorate (ED) on Tuesday conducted searches at 44 places across the country in a money laundering investigation against Chinese smartphone manufacturing company Vivo and related firms, officials said. The searches are being carried out under sections of the Prevention of Money Laundering Act (PMLA) at locations in several states including in Delhi, Uttar Pradesh, Meghalaya, Maharashtra and others.

A query sent by PTI to Vivo did not elicit a response. The federal agency filed a money laundering case after taking cognisance of a recent Delhi Police (economic offences wing) FIR against a distributor of the agency based in Jammu & Kashmir where it was alleged that few Chinese shareholders in that company forged their identify documents.

The ED suspects this alleged forgery was done to launder illegally generated funds using shell or paper companies and some of these “proceeds of crime” were diverted abroad or put in some other businesses by skirting Indian tax and enforcement agencies. The action is being seen as part of the Union government’s continued crackdown against Chinese entities and their linked Indian operatives indulging in serious financial crimes like money laundering and tax evasion while operating here.Agencies

“The ACB teams are verifying the documents and the investigation is on,” an officer said. Khan, a four-time MLA, had served as the food and civil supplies minister in the H D Kumaraswamy government for over a year from June 2018. In August last year, the ED raided Khan’s house in connection with a IMA ponzi scheme worth Rs 4,000 crore. Khan had appeared before the ED multiple times.

The Congress termed Tuesday’s raid an attempt to divert public attention from the police sub-inspectors recruitment scam, in which Additional Director General of Police  Amrit Paul, who was heading the recruitment division when large-scale irregularities took place, has been arrested. “...the ACB is under the control of the chief minister. There is no connection between the ACB and the ED,” said former CM and Leader of Opposition Siddaramaiah.

44
No. of locations ED raided on Tuesday