The CJI, who hoisted the national flag at the Supreme Court premises here on the 76th Independence Day, referred to Article 38 of the Constitution on the Directive Principles of State Policy and said it was the responsibility of the state to secure a social order in which "justice, social, economic and political" 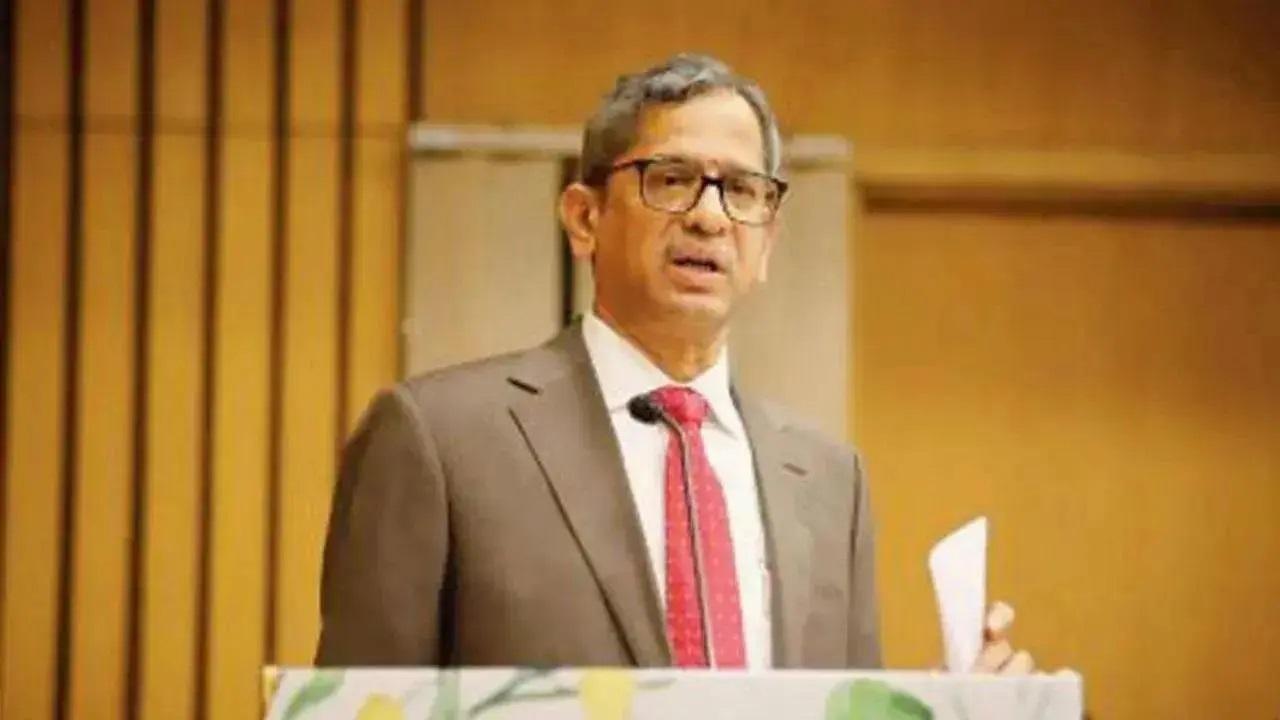 
Chief Justice of India N V Ramana on Monday said the executive, legislature and the judiciary are "equal repositories" of constitutional trust, and the Constitution dispels the notion that delivery of justice is the responsibility of courts only.

The CJI, who hoisted the national flag at the Supreme Court premises here on the 76th Independence Day, referred to Article 38 of the Constitution on the Directive Principles of State Policy and said it was the responsibility of the state to secure a social order in which "justice, social, economic and political," are rendered.

"Under the constitutional framework, each organ has been given a unique obligation. The notion that justice is only the responsibility of the court is dispelled by Article 38 of the Indian Constitution which mandates the State to secure justice: social, economic and political. Every deed of each organ of the State has to be in the spirit of the Constitution. I must note that all the three organs of the State, i.e., the executive, legislature and the judiciary, are equal repositories of constitutional trust," he said.

The CJI said the apex court gives strength to pursue disputes to the citizens and they know that it would stand with them when things go wrong.

He said the judicial system goes by the commitment to the written Constitution and enjoys immense faith reposed by the people.

"The legislature may not be able to foresee the issues which might come up during the implementation. By interpretation of statutes, the courts have given effect to the true intent of the legislature. The courts have breathed life into the statutes, by making them relevant to contemporary times," CJI Ramana said.

Our judicial system is unique not only because of its commitment to the written Constitution and its spirit but also because of the immense faith reposed by the people in the system, he said.

"People are confident that they will get relief and justice from the judiciary. It gives them the strength to pursue a dispute. They know that when things go wrong, the judiciary will stand by them. The Indian Supreme Court is the guardian of the Constitution in the world's largest democracy," he said.

The CJI referred to the Constitution and its schemes including Article 142 and said they give wide-ranging powers and jurisdiction to the Supreme Court to do complete justice.

The Indian judiciary, since its inception, has strived to fulfill the constitutional aspirations and, through interpretative exercise, has also strengthened various independent institutions, be it the Election Commission, CVC, CAG and so on, he said.

The CJI referred to constitutional schemes, rules, regulations and judgements in responding to the statement of Supreme Court Bar Association president Vikas Singh that the collegiums, especially the high court collegiums, did not consider the "best" candidates for the judgeship in higher judiciary.

The SCBA has been seeking the appointment of Supreme Court lawyers as high court judges.

"We all know. You all are constitutional lawyers and you know the procedures of the appointment of judges. You know the rules, regulations, the judgements, everything and on several occasions he (SCBA president) has raised the issue. I do not want to elaborate," the CJI said.

He referred to the COVID-19 pandemic, saying "nature was against us" and the apex court could physically assemble for just 55 days during the last 16 months.

"Unfortunately, COVID cases are on the rise once again. Please be careful. I remember when I took charge as the CJI, the pandemic was against us. Not even my family members could attend the swearing-in ceremony.

"Many near and dear ones have lost their lives. Lawyers, judges, officers and the registry officials were scared to touch the documents," he said.

"I wish the situation was different and could have been more productive. It is just and natural for people to have high expectations, but regrettably, the forces of nature were against us. I hope that in the near future, the situation would become normal and the court will function in full capacity," the CJI said.

He highlighted the contributions of lawyers in framing the Constitution and laying the foundation of independent India whose citizens are shaping the global future by occupying key positions across the world.

"Today, we are celebrating the transformational journey of 75 years in which a mere colony emerged as the largest democracy in the world. All over the world, Indians are occupying key positions and are contributing in a big way to shaping the global future. They are all products of independent India. We must thank the founders of independent India for their vision and for setting up great institutions of learning," the CJI said.