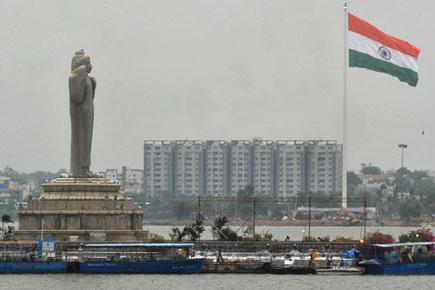 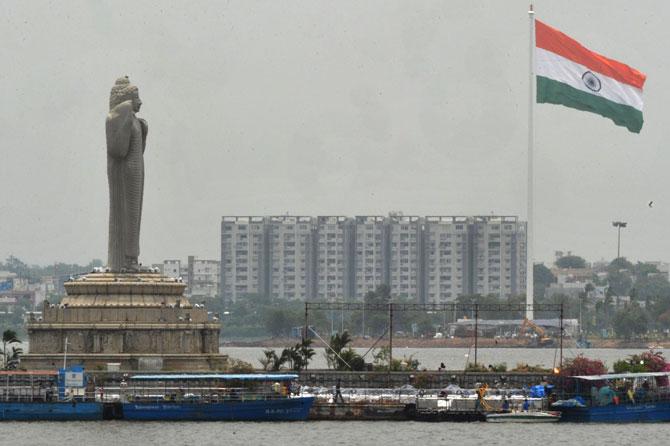 An Indian Tricolour flag flutters on an 83 metre (272.31 feet) flagpole after being unfurled during a ceremony to mark the Second Telangana State Formation Day at Sanjeevaiah Park. Pic/PTI

The flag was hoisted at the Sanjivayya Park overlooking the picturesque Hussain Sagar lake in the heart of the city.

The unfurling of the flag is part of the elaborate celebrations undertaken by the state government on the occasion of the state formation day. 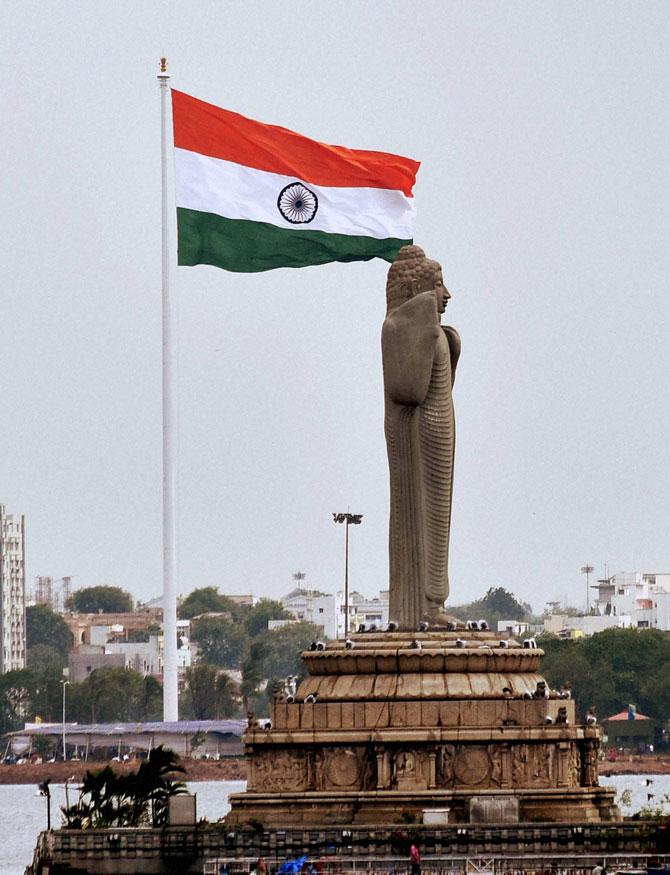 The flag, which cost Rs 3 crores to make, comes second to the 293 feet tall flag post in Ranchi.

Telangana came into existence on this day in 2014 as per the Andhra Pradesh Re-organisation Act. The Act was passed, amid unprecedented scenes, in parliament following a decades-old struggle for separate state. All the government offices, including state secretariat and Legislative Assembly, and public spaces were illuminated and colourfully decorated as part of the celebrations.

The state government allocated special funds to celebrate the occasion in all the districts of the state. Rao paid tributes to 'Telangana martyrs' (those sacrificed their lives for separate state) and also laid foundation stone for a Telangana Martyr's memorial in the morning. 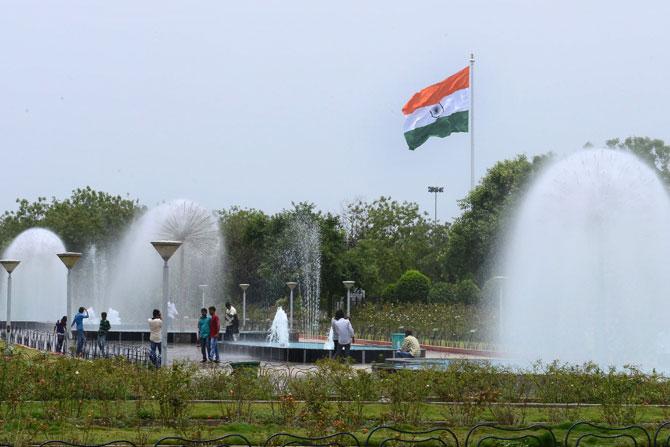 Later, he participated in the main official function to celebrate the formation at the Parade Ground here. He unfurled the National Flag and inspected the parade. Speaking on the occasion, Rao said new districts in the state will come into existence from the Dasara festival this year. The government has undertaken a study for the purpose.

There are 10 districts at present in the state. Rao, who spoke at length on the various welfare and development schemes being implemented, said the government undertook re-designing of irrigation projects for deriving optimum benefits.