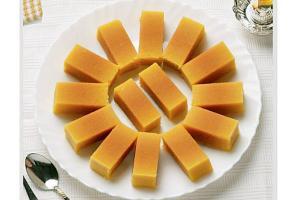 
At a time when medical experts and researchers are working extensively to find a cure for coronavirus, a sweet shop owner in Coimbatore made a bizarre claim that the 'herbal mysurpa' prepared at his shop can cure the deadly virus within a day.

He also released an advertisement with a set of absurd instructions to consume the sweet. The instructions in the advertisement stated that while consuming the sweet, each bite taken must be chewed 13 times with lips closed. It also read that the person consuming the sweet should cover themselves completely from head to toe while sleeping in order to sweat properly. It also claims that the sweet may taste bitter when consumed but becomes sweeter when 'immunity improves'.

The advertisement further claimed that even people with no COVID-19 symptoms can consume the sweet to boost their immunity. Sriram also reportedly claimed that they are ready to share the herbal formula for the mysurpa with the central government to produce it in large quantities.

As the advertisement went viral, it came to the notice of the Food Safety department, who raided the shop and seized 150 kg of the herbal mysurpa worth Rs 1 lakh.

Designated officer of the Food Safety department, K Tamil Selvam, was quoted by the website saying that an inquiry has been launched against Sriram for selling the sweet by making false and misleading claims. He also said that Sriram was not able to name the ingredients used in preparing the mysurpa.

The official also said that a case has been filed against Sriram under Section 53 and Section 61 of the Food Safety and Standards Act, 2006. The district Siddha medical officials present during the raid also collected samples of the sweet to check the ingredients used for its preparation.

Next Story : Live It Right Is A Platform That Feeds Minds that Feel Age Is a number