Earlier, the J-K Congress president post was held by Ghulam Ahmed Mir, who is believed to be a close aide of Azad 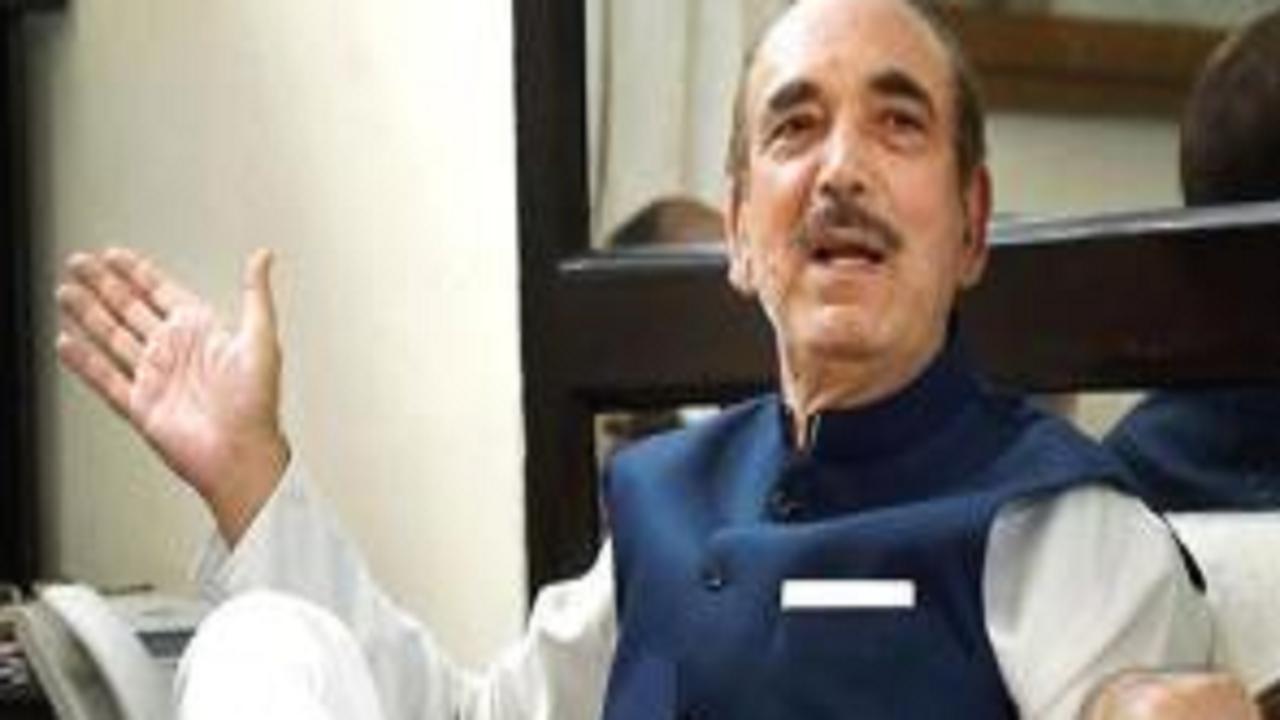 
Senior Congress leader Ghulam Nabi Azad on Tuesday resigned from the post of chairman of the Jammu and Kashmir Congress campaign committee hours after his appointment.

According to sources, Azad has refused to assume the post of Campaign Committee chairman of Jammu and Kashmir due to health reasons. He has conveyed this to the Congress leadership and has also thanked the leadership for giving him the responsibility.

Earlier, the J-K Congress president post was held by Ghulam Ahmed Mir, who is believed to be a close aide of Azad.

Sonia Gandhi accepted the resignation of Mir from the post of Jammu and Kashmir Pradesh Congress Committee president.

The campaign committee was formed constituting 11 members with Azad as the chairman and Tariq Hamid Karra as vice chairman. Further, the committee includes the PCC president and working president as permanent invitees while G M Saroori has been made the convenor.

However, the reshuffle in the party's Jammu and Kashmir unit is believed to have angered many leaders.

Former Congress MLA Gulzar Ahmad Wani stepped down from the coordination committee as a mark of protest against the appointment of the PCC chief in J-K.

"I have resigned from Congress coordination committee in J-K as a protest against the recent appointment of PCC chief in UT. The decision is not in favour of the party," said Wani.

Another leader and former MLA resigned from the committee soon after its formation.

"We are unhappy as senior leaders were not consulted before taking a decision on J-K PCC chief. We have resigned from the party's coordination committee as a protest against the recent announcements of the PCC chief. I have resigned from Congress' primary membership," said Former Congress MLA Haji Abdul Rashid Dar.

Pertinent to mention here, Ghulam Nabi Azad is one of the group of 23 leaders who were vocal about leadership change in Congress.