Video showing a young elephant calf trying to wake up his dead mother for around seven hours goes viral. The video is sure to leave you teary-eyed and somewhat angry at the state of affairs too 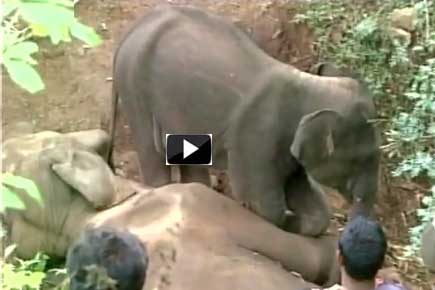 It was the fifth case of an elephant dying in the same area in the last 15 days, but it still didn't make news. After all, in a world where terrorists are indiscriminately killing hundreds and cruel boys are throwing dogs off terraces, an ailing elephant dying is not news.

But a video has emerged of the incident that paints the event in a different light. The video that surfaced on social media has been widely shared.

The video shows ailing female elephant who was found dead in Narasipuram forest area on the outskirts of Coimbatore city in Tamil Nadu with a calf next to her. 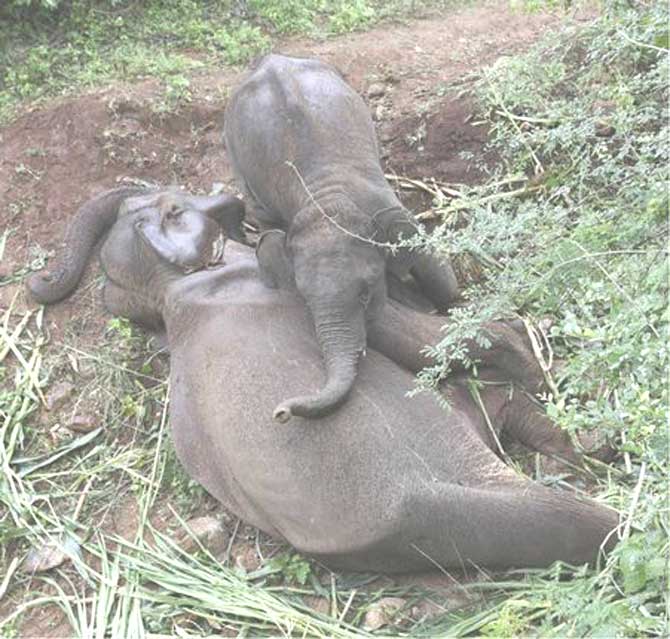 A screengrab from the video

The viral video left most people teary-eyed and some angry at the state of affairs too.

Now, if this doesn't move people then nothing will.