Every human being (nara, in Sanskrit) has two parts: who they are and what they have. Scriptures separate the two parts. The former is called Narayan 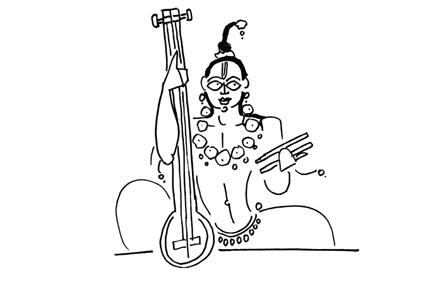 Every human being (nara, in Sanskrit) has two parts: who they are and what they have. Scriptures separate the two parts. The former is called Narayan. The latter is called Narayani. Narayana is the truth of man. Narayani is the container of that truth. What are we attracted by—the content, Narayan, or the container, Narayani? We know we are more than the beauty, the intelligence and the wealth that we possess; and yet, we understand and estimate every human being on the basis of these possessions. The tragedy of man is that in the pursuit of Narayani, he has forgotten Narayan. To draw attention to this, is the mission of the wily sage, Narada. 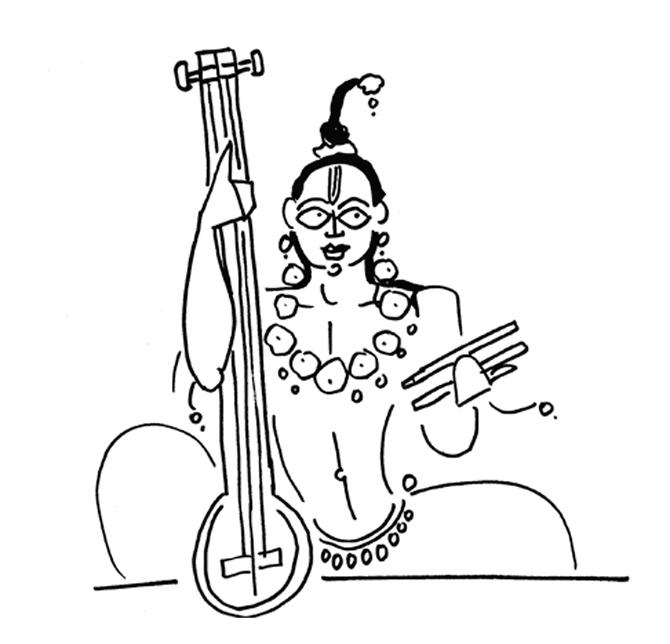 The story goes that when Narada was created out of the imagination of Brahma, he went around encouraging everybody to renounce the world and become ascetics and attain liberation from all things material. So Daksha, some say Brahma himself, cursed him, that he would never attain liberation. He would be trapped forever in the material realm of Devas, Asuras and Manavas, gods, demons and humans. So he goes about singing praise of Narayan and provoking quarrels over Narayani.

In classical tradition, Narada is more famous as a musician and a great devotee of Vishnu who spread the bhakti path through songs across the three worlds. In folklore and traditional theatre, however, the arrival of Narada spells trouble. He is the sage, son of Brahma, who travels between the realms of gods, demons and humans, gossiping about what he has seen, and willy-nilly creating trouble.

To understand Narada, one has to understand the quarrels that he ignites. Quarrel follows after he compares and contrasts one thing with another. He tells one merchant that the other merchant is richer and is more admired than him. He tells one dancer that the other dancer is more beautiful, far more skilled, and accomplished that she is. He tells one scholar that the other scholar is more intelligent, has published more papers, has won more awards, is more respected by his students, earns more money. This comparison invariably ignites a quarrel.

Narada propels many a mythic plot by making people feel inadequate, insecure and jealous through his conversations. Only material things can be compared. Comparison depends on measuring scales. Thus only that which can be measured can be the source of all quarrels. Narayani is material and measurable and so, saguna, with form and tangible. Narayana is spiritual and non-measurable and so nirguna, without form and hence intangible.

When we focus on the material and the measurable (something that modern management and media thrives on) there will always be comparison and so quarrels. To break free from the clutches of Narayani we have to keep Narayana as the reference point, stop comparing and be happy with whatever we are. That is what Narada tries to communicate but no one listens.

And so, after causing strife, he just moves on chanting, Narayana-Narayana, plucking the strings of his lute, smiling wistfully at the predictable follies of man, never once gloating on the trouble he has caused or profiting from it, hoping they will eventually learn either in this life or the next.

The author writes and lectures on relevance of mythology in modern times, and can be reached at devdutt@devdutt.com

Next Story : Dheela about character