A bench of Justices S Muralidhar and I S Mehta said it was of the prima facie view that his detention was not illegal, while dismissing the habeas corpus plea of Adil Hussain Teli, challenging his arrest from Jalandhar in Punjab on April 27 and his s 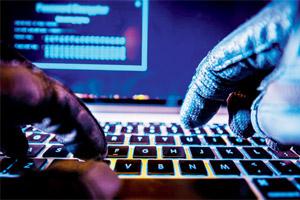 The Delhi High Court has refused to interfere with the arrest of a suspected "pro-Pakistan" Kashmiri hacker, who is alleged to have hacked over 500 Indian websites and was in touch with several Pak-based anti-Indian hackers.

A bench of Justices S Muralidhar and I S Mehta said it was of the prima facie view that his detention was not illegal, while dismissing the habeas corpus plea of Adil Hussain Teli, challenging his arrest from Jalandhar in Punjab on April 27 and his subsequent detention here. "At this stage, the court is not inclined to interfere as it is prima facie satisfied that the detention of the petitioner (Teli) is not illegal as is sought to be made out. However, it is clarified that this is only a prima facie view.

"It will be open to the petitioner to agitate the validity of his arrest at the appropriate stage," the court said. The observation came after the standing counsel for Delhi Police, Rahul Mehra, told the court that Teli, a final-year BCA student, was arrested for the offences of sedition under the penal law and hacking under the Information Technology (IT) Act.

The offence of sedition has a maximum punishment of life imprisonment while the IT Act provides for a jail term of three years and fine for hacking. Dismissing his plea, the court allowed Teli to take one of his exams scheduled on May 4 by asking the Delhi Police to take him to the centre and bring him back in custody.

For his examinations scheduled on May 8 and May 10, the court asked him to seek appropriate orders from the trial court. Apart from Teli, the special cell of Delhi Police had also arrested a second year B Tech student, Shahid Malla, from Punjab for the same offences.

According to the police, the duo claimed to have hacked over 500 Indian websites and were found to be in touch with several Pakistan-based anti-Indian hackers. While Teli belongs to Anantnag district of Jammu and Kashmir, Malla was from Baramulla district of the state, police had said at the time of their arrest.