Hiranandani kidney transplant racket in Mumbai: What we know so far...

In July this year, four men, suspected of running a kidney transplant racket, were caught from the Hiranandani Hospital in Powai. Shocking details have emerged since. Here’s a blow-by-blow account 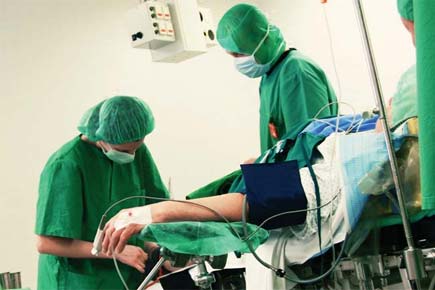 In July this year, four men, suspected of running a kidney transplant racket, were caught from the Hiranandani Hospital in Powai. Shocking details have emerged since. Here’s a blow-by-blow account. 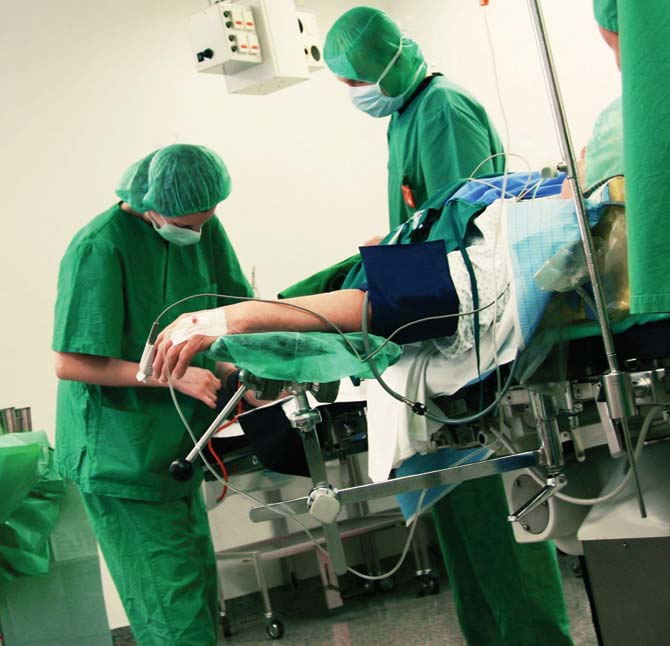 How the racket was exposed
Last month, the four men, who were suspected of running the kidney racket, were caught from Hiranandani Hospital in Powai. They had brought a woman and listed her as the wife of a patient who was awaiting kidney transplant in the hospital. Mahesh Tanna, a social worker who is also the complainant in the case, alerted the Powai police about the racket. With this tip-off, police approached Hiranandani Hopsital and asked doctors to stop the kidney transplant operation on Brijkishor Jaiswal, as the donor was not his wife, as was claimed in the documents.

Agent Bijendra Bisen, and accomplices Bharat Bhushan Sharma, Iqbal Sheikh and Brjikishor’s son Kisan Jaiswal were arrested and booked under the relevant sections of the IPC and the Transplantation of Human Organ Act, 1994. 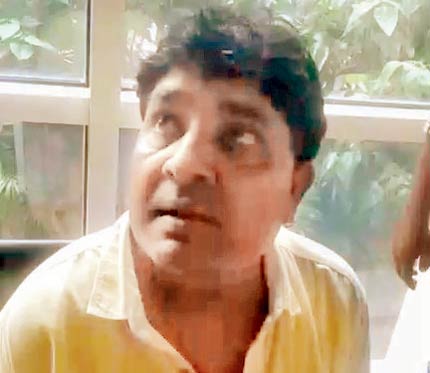 Mastermind and his modus operandi
The main accused, Bijendra Bisen, operated a money-lending business where when his debtors couldn’t repay their loans, they were pressured into donating their kidneys. He even trapped numerous people by presenting it as a sweet deal where not only were their loan interests being taken care of, but they were also making some extra cash on the side. 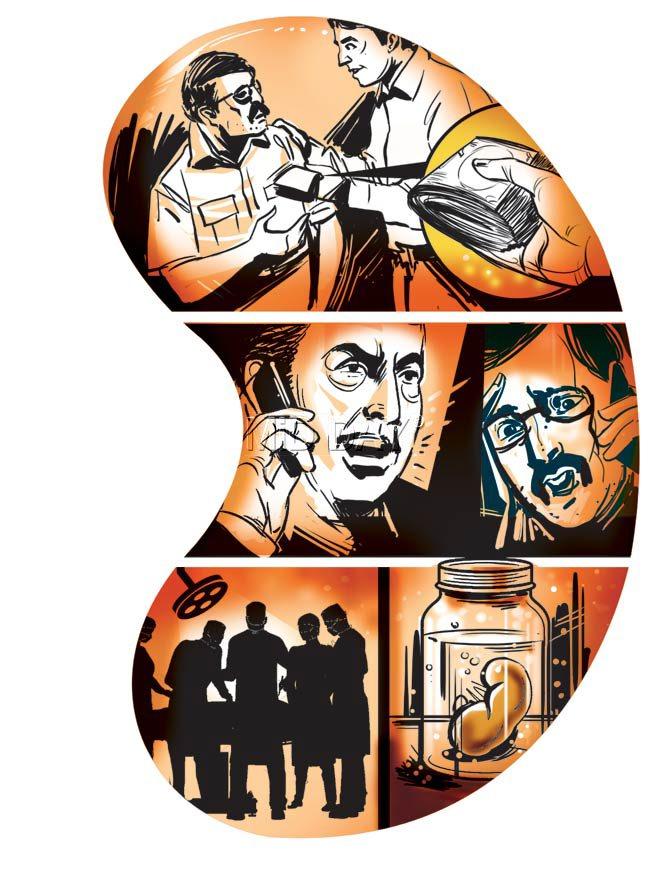 Social activist Sunder Singh, who helped the cops bust the kidney racket, told mid-day that Bisen has been in the kidney racket business for a long time and had carried it out not just in Mumbai, but also in UP, Gujarat and other parts of Maharashtra. In fact, he was even arrested in 2007 for the same offence. Singh also revealed that he had been a victim of Bisen’s racket, too.

Other key players
An employee of Hiranandani Hospital was arrested by the Powai police for allegedly helping kidney racket agents. The arrested, Nilesh Kamble, 36, a resident of Panvel, worked at the hospital as Organ Transplant Coordinator. He was aware that the documents were being forged in kidney transplant cases, but had passed proposals by accepting Rs 8 lakh, which have been recovered from him by the police. 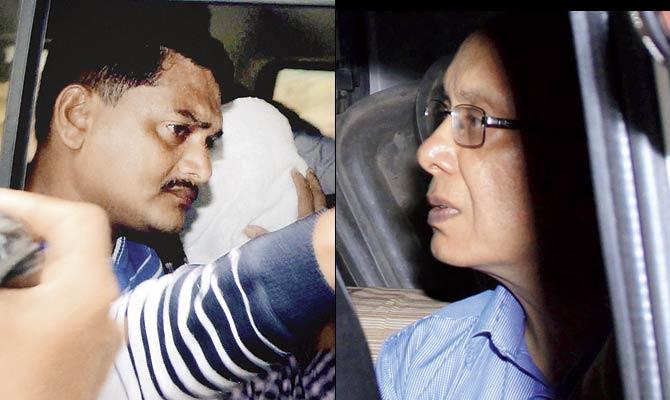 The Powai police also arrested the CEO and four other doctors in connection with the case. Probe revealed that all five played a vital role in the scam and helped the racketeers to source and transplant kidneys illegally. Their role was revealed by those who had been arrested earlier, and cops verified all the information with the help of hospital records before taking the five doctors, including CEO, into custody. Days after their arrest, they were also stripped of their licences. 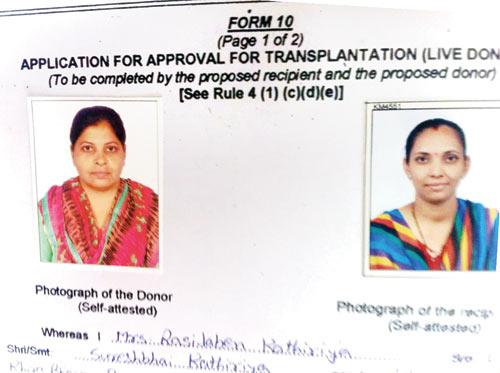 No recorder, fake documents -- Shocking developments
An inquiry by Directorate of Health Services (DHS) revealed that the interviews of the donor and recipient were taken on a mobile phone of one of the panelists, as the hospital didn’t have a recorder. Following this, the Health Ministry has asked DHS to submit a report on the infrastructure of all the registered hospitals in Mumbai that have permission for organ transplants.

Just like the relationships between the donors and recipients in the kidney transplant racket, even the addresses provided by some of them seem to be fake. mid-day got access to three addresses of one donor and two recipients allegedly involved in the racket, and visited them. But two of the three addresses were fake. The third address was of a donor who no longer stays there. As per the Transplantation of Human Organs Act, 1994, the hospital should have sent the documents to police for verification and procured an NOC before going ahead with the surgeries. 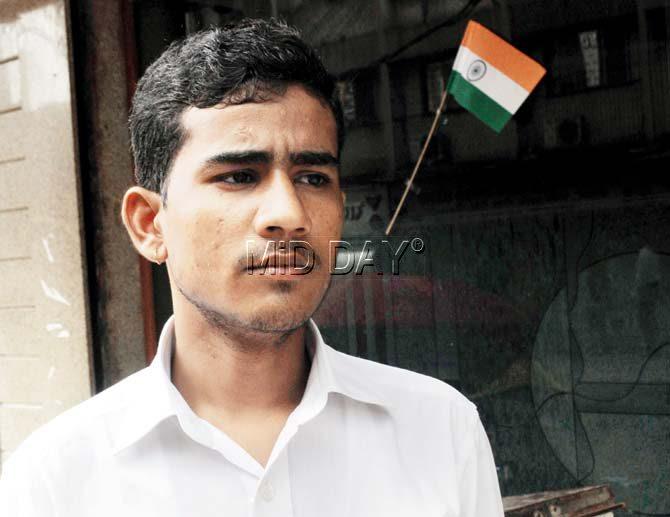 Tough times for whistleblower: The 23-year-old whistleblower who brought the kidney racket out in the open has been forced to go into hiding himself, after receiving multiple death threats. Even though he is the star witness in the investigation, the police have allegedly refused to grant him protection until the chargesheet is ready.

“But what will happen if anything happens to me before that? If I die, I don’t know who will take care of my family. Now that I am a witness, shouldn’t they give me protection from these criminals?” asked Sundar Singh Jadhav, who blew the lid off the racket after he was cheated out of one of his kidneys.

Next Story : Artists take up the cause of dying Mandana