In view of Coronavirus, Air India suspends flights to Hong-Kong

Air India suspended its Delhi-Shanghai flight and curtailed the flight operations on the Delhi-Hong Kong route. 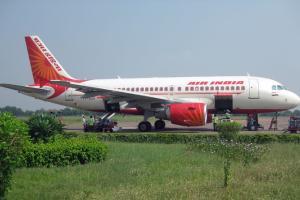 The image has been used for representational purposes only


Air India on Tuesday said it is suspending its Delhi-Hong Kong flight from February 8, hours after the authorities there confirmed the death of a patient with the new coronavirus.

"In view of the coronavirus issue Air India is suspending its flights to Hong Kong after flying AI314 on the 7th of February 2020," said Air India Chairman and Managing Director Ashwani Lohani on Twitter.

The deadly virus, which originated in China's Wuhan city, is rapidly spreading to other countries. Hong Kong on Tuesday reported the death of a patient being treated for the virus. Earlier, IndiGo suspended all three flights between India and China.