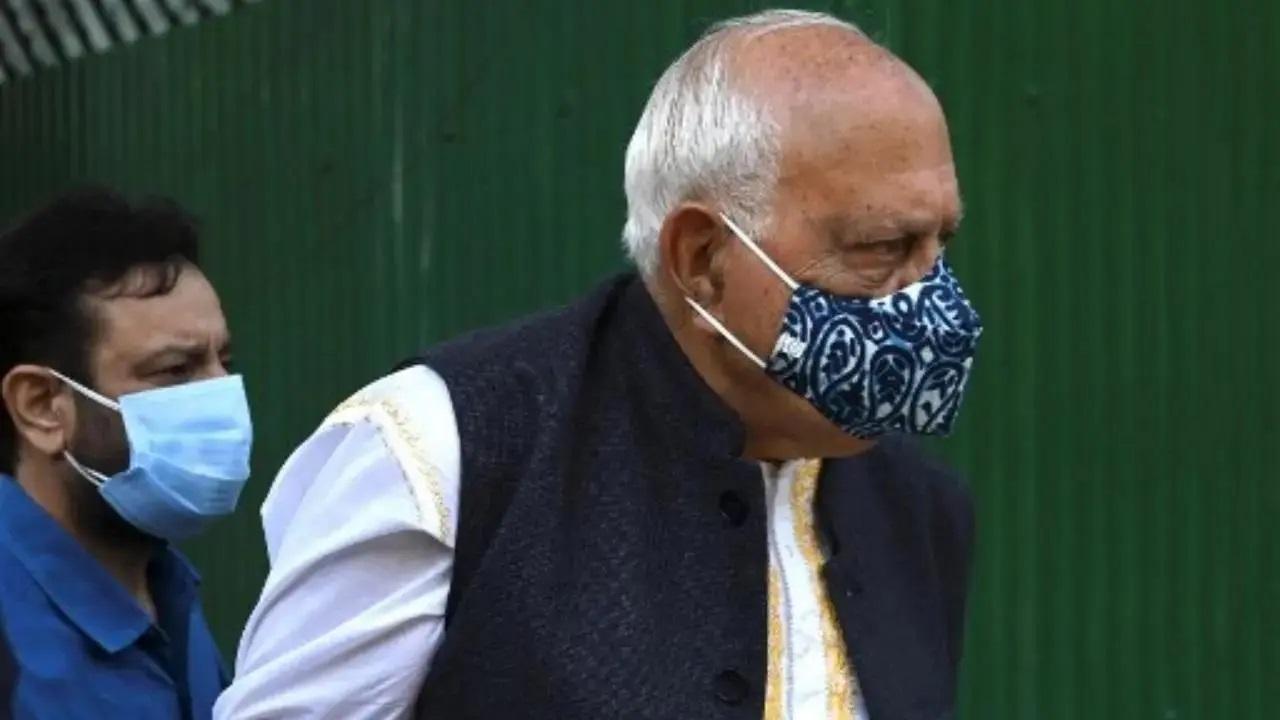 
National Conference (NC) president Farooq Abdullah has convened an all-party meeting here on August 22 to discuss the issue of inclusion of outside voters in Jammu and Kashmir electoral rolls.

The meeting will discuss the future course of action with regard to the Election Commission allowing outsiders to register as voters in the Union Territory.

"With regard to CEO's announcement stating that non-locals will be added as voters in J&K, Dr Farooq Abdullah has convened an APM (all-party meeting) on August 22 (Monday) at his residence," NC state spokesperson Imran Nabi Dar said.

Dar said Abdullah has spoken to the mainstream political parties in the Union Territory and invited them to join the meeting.

"The party president spoke to all mainstream parties, except the BJP," the spokesman added.

At a press conference on Wednesday, Jammu and Kashmir's Chief Electoral Officer Hirdesh Kumar said the Union Territory is likely to get around 25 lakh additional voters, including outsiders, after the special summary revision of electoral rolls being held for the first time after the abrogation of Article 370.