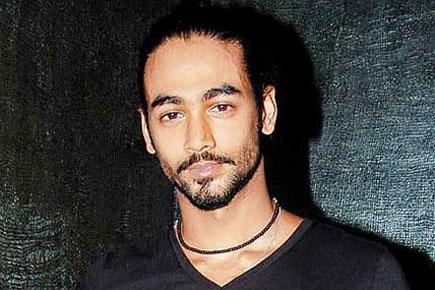 Chief Metropolitan Magistrate (CMM) Pooran Chand posted the matter for the next hearing due to the strike by lawyers in district courts.

The lawyers are observing strike against the delay in tabling in Parliament an amended bill regarding enhancement of pecuniary jurisdiction of trial courts.

Meanwhile, Munshi, who is facing prosecution for allegedly turning hostile in the murder case, moved a plea seeking exemption from personal appearance for the day and the court allowed his application. Another accused Prem Manocha, who was then working as a ballistic expert, was present in the court.

The court had earlier cancelled non-bailable warrants (NBW) issued against Munshi after he appeared before it and had directed him to be careful in future.

The court had issued NBW against Munshi, who was out on bail, after he failed to appear before it during the proceedings. The case is currently at the stage of hearing arguments on framing of charges against the accused.

The court, which had in December 23, 2013 granted bail to Munshi as the offence alleged against him was bailable, had also imposed several conditions on him including that he would regularly attend hearings and shall not influence witnesses or tamper with the records in any manner and inform it before leaving India.

Munshi, who was led as a primary witness of prosecution in the Jessica murder case, and Manocha are accused of lying on oath during trial before the sessions court and introducing the "two-gun theory", which was the primary defence taken by the convicts.

The Delhi High Court registrar had filed two separate complaints against them in September, 2013 after the high court passed an order on March 22, 2013 directing their prosecution for perjury.

The CMM had taken cognisance of the complaints filed by the high court registrar and summoned both the accused. Seeking Munshi's prosecution under section 193 (giving or fabricating false evidence in a judicial proceeding) IPC, the complaints had said "this change of statement by him was to clearly align himself with a defence taken by the accused in trial that there were two persons at the spot with firearms and that two shots had been fired from separate weapons."

"The evidence of accused Shayan Munshi was on a material and critical position of the case," it had said. Munshi was at the bar counter when Lall was shot dead on the intervening night of April 29-30, 1999 by Manu Sharma, son of Haryana Congress leader Venod Sharma, after she refused to serve him a drink at a late night party at socialite Bina Ramani's restaurant Tamarind Court in South Delhi.

It was on Munshi's statement giving an account about Sharma and the incident which had led the police to lodge an FIR. He later retracted while deposing in the court that the shot, which hit Lall, was fired by some other person.

Munshi had also disowned his statement, saying it was recorded in Hindi as he did not know the language. After the inquiry, the high court had on May 22, 2013 ordered that they be tried for perjury.

Next Story : HC directs Kingfisher to pay dues of Rs 52.61 lakh to pilot