The MLAs, their associates and some family members left the hotel in three air-conditioned buses of the Assam State Transport Corporation 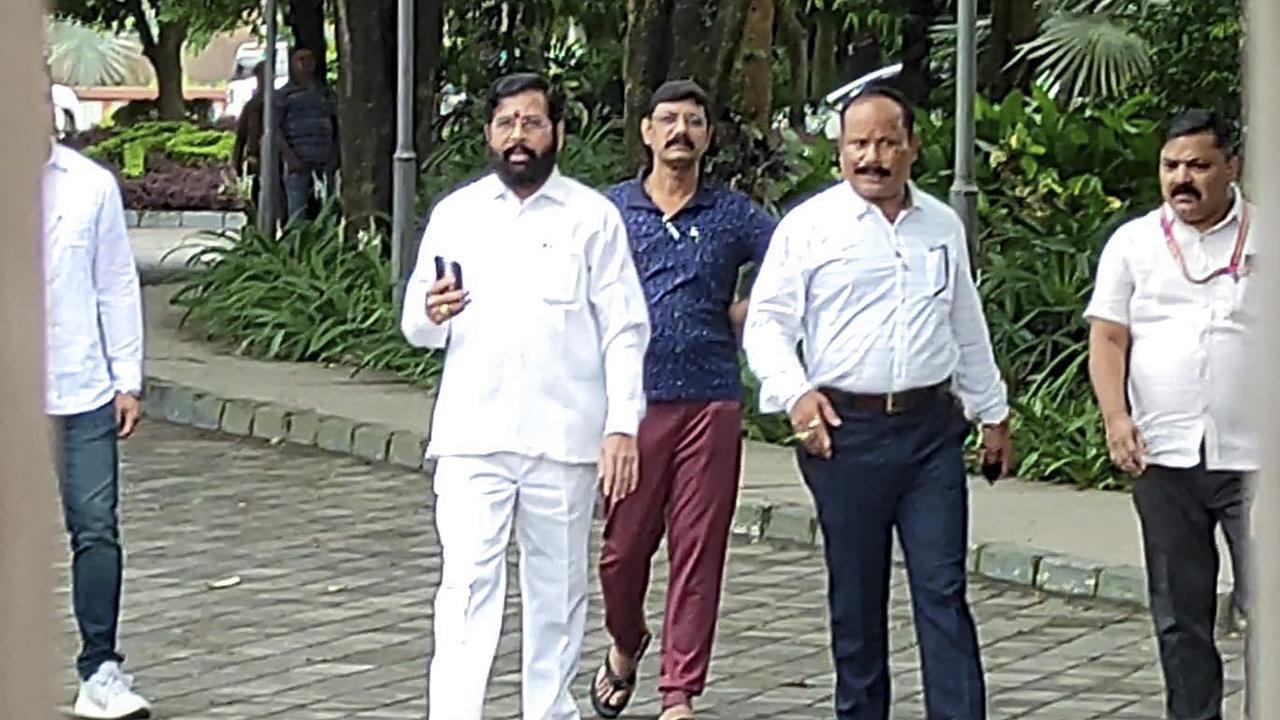 
Maharashtra MLAs, led by dissident Shiv Sena leader Eknath Shinde, checked out of the hotel in Guwahati and left for the airport on Wednesday evening.

After delaying their departure by around two hours, the dissident MLAs decided to leave for Goa, from where they will go to Mumbai for the floor test on Thursday, sources said.

The travel schedule is also dependent on the Supreme Court proceedings that were underway, they said.

The MLAs, their associates and some family members left the Radisson Blu hotel in three air-conditioned buses of the Assam State Transport Corporation.

The three buses were heading to the airport, around 15 km away, under a heavy security cover. Several escort vehicles were accompanying the buses.

Hundreds of policemen were deployed at the Guwahati airport since the morning, officials said.

A chartered flight has already reached the airport to take the legislators to Goa, they said.

The MLAs had earlier planned to leave Guwahati around 3 pm.

In what seems to be an apparent bid to topple the Maha Vikas Aghadi (MVA) government in Maharashtra, dissident legislators of Shiv Sena along with some Independent MLAs were camping in Guwahati, around 2,700 km away from Mumbai, since June 22.

Next Story : Maharashtra: Two from West Bengal held for stealing jewellery worth over Rs 25 lakh