The meeting of JD(U) MPs and MLAs is continuing at the chief minister's official residence, party sources said 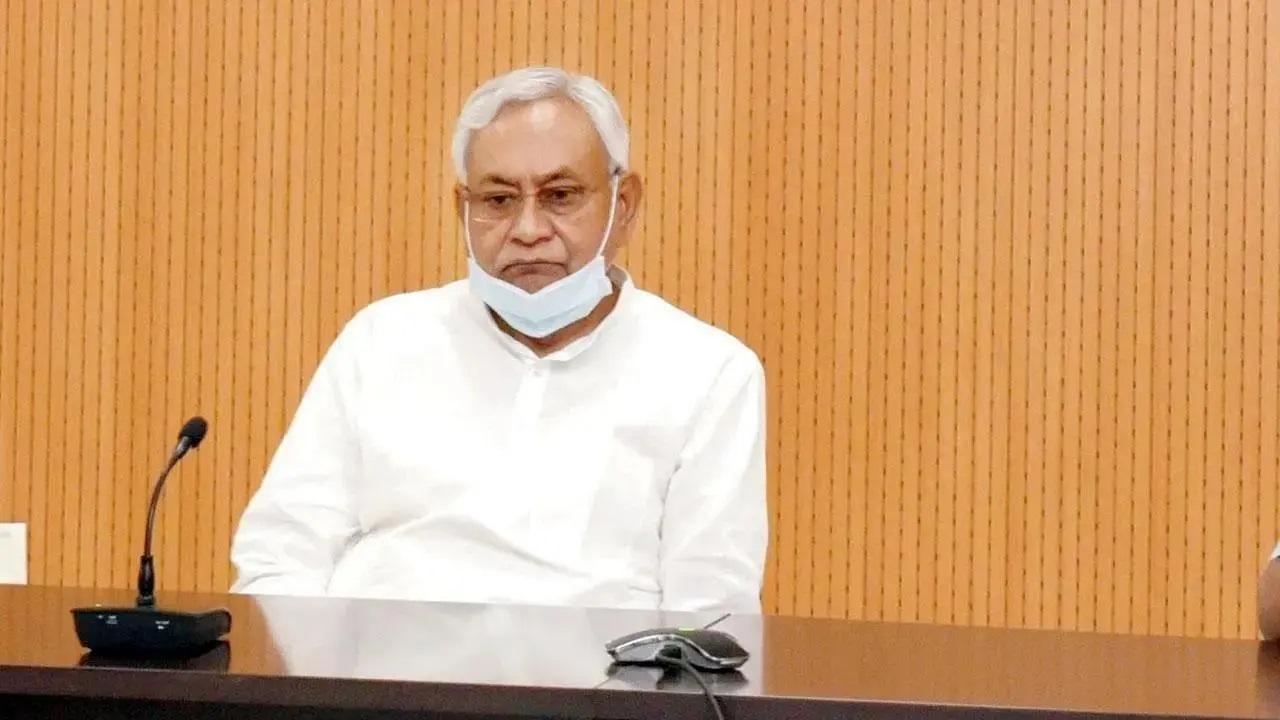 
Amid hectic political moves in Bihar where the ruling NDA government appears to be on the brink of disintegration, Chief Minister Nitish Kumar is likely to meet Governor Phagu Chauhan later in the day, sources close to the development said.

Kumar, who has been promised the support of opposition parties, sought time from Chauhan, who has given an appointment at 4 pm, they said.

A meeting of the RJD-led Grand Alliance, comprising the Left and the Congress, also took place at Rabri Devi's house, across the street from the chief minister's residence where all the MLAs are said to have signed a letter of support to Kumar.

Leader of the opposition Tejashwi Yadav is likely to visit the CM's residence to hand over the letter of support any time.

The CM is understood to have told party legislators and MPs, at a meeting he convened at his official residence, that he had been driven against the wall by the

BJP which tried to weaken his JD(U), first by propping up Chirag Paswan's rebellion and later through the party's former national president RCP Singh.

Singh was made a cabinet minister at the Centre without Kumar's explicit agreement. Consequently, when his term as a Rajya Sabha member ended, the JD(U) refused to give him another term as an MP, thus ending his stint as cabinet minister as well.

Following this, rumours of a split in the JD(U) engineered by Singh's supporters surfaced.

Relations between the BJP and the JD(U) have been worsening for quite some time in the wake of disagreements over a host of issues including caste census, population control and the 'Agnipath' defence recruitment scheme.

CPIML (Liberation) general secretary Dipankar Bhattacharya had told PTI on Monday the crux of the row between JD(U) and BJP also stemmed from the recent statement by J P Nadda, president of the saffron party, who said regional parties "have no future".

The BJP, meanwhile, has gone into a huddle at the residence of Deputy CM Tarkishore Prasad, where all ministers belonging to the party besides state president Sanjay Jaiswal and other senior leaders are also present.

BJP sources said they will wait till Nitish Kumar makes the first move.

In the state assembly, which has an effective strength of 242, requiring 121 MLAs for a majority, the RJD has the highest number of 79 MLAs followed by the BJP (77) and the JD(U) with 44.

The Congress has 19 MLAs while the CPIML(L) has 12 and CPI and CPI(M) have two each.

Besides, one MLA belongs to Asaduddin Owaisi's AIMIM.

Next Story : Uploading Covid vax certificate on Suvidha portal may soon not be necessary for int'l passengers