No takers for winning lottery worth a whopping Rs 2 crore

Over two weeks since the online lottery, Playwin, announced the winning numbers for its recent sweepstake on August 23, the winner is yet to come forward and claim his/her prize 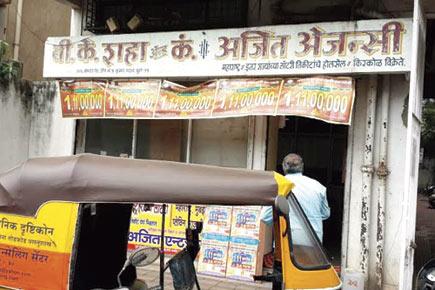 While most people would jump at a windfall of a few crores, it isn’t true for at least one person. Over two weeks since the online lottery, Playwin, announced the winning numbers for its recent sweepstake on August 23, the winner is yet to come forward and claim his/her prize. 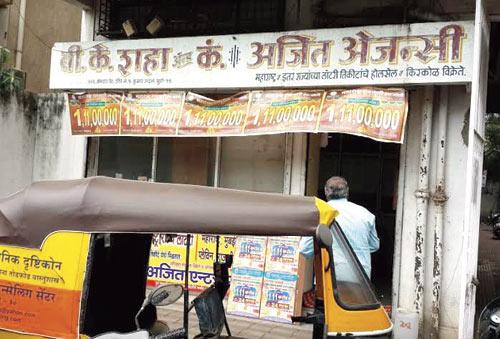 The ticket was purchased at this Somwar Peth lottery outlet just two days before the winning numbers were announced; a notice board has been placed outside the store to inform passers-by of the prize details, in the hope that the winner will come forward with the ticket 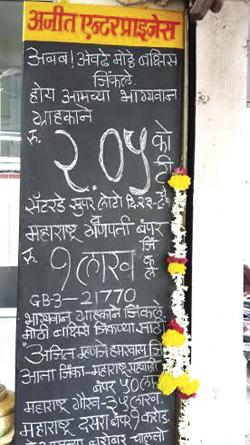 The jackpot ticket, numbered 39 01 46 13 27 09, was purchased from Shah Online Lottery, situated in Somwar Peth, Pune. The store’s owner, Sandeep Shah, said the ticket was bought a mere two days before the winning numbers were announced during the Saturday Super Lotto draw.

Shah added, “The lucky winner has not yet turned up to claim his money. I always distribute sweets amongst customers and at other lottery outlets when any of my customers win. Through this, I want people to understand the importance of lottery tickets, so that customers who buy them should be careful not to throw or lose them.”

The lottery officials are surprised that no one has claimed such a large prize yet, but said there have been instances in the past where winners have come forward a few weeks later. The draws for the lottery, run by the Sikkim government, are usually aired on certain regional television channels, and there are chances that the ticket-holder is simply unaware of his/her win.

The ticket-holder will be the 87th crorepati-winner of the lottery, and has up to 90 days to claim his/her prize under the Sikkim government law. Once the period passes, the money will be used for the welfare of Sikkim.

Meanwhile, a notice board has been put up outside the Pune-based lottery outlet from where the ticket was purchased. The winning numbers, as well as the prize amount, has been mentioned so that passers-by can check their own tickets to see if they are a match.

Next Story : A consummate storyteller