Earlier, senior inspector Pratap Mankar of the Bundgarden police station, where the case has been registered, said section 124A (punishment for sedition) of the Indian Penal Code (IPC) has been added in the case, but Deputy Commissioner of Police (Zone II) Sagar Patil later made it clear that the charge has not been slapped 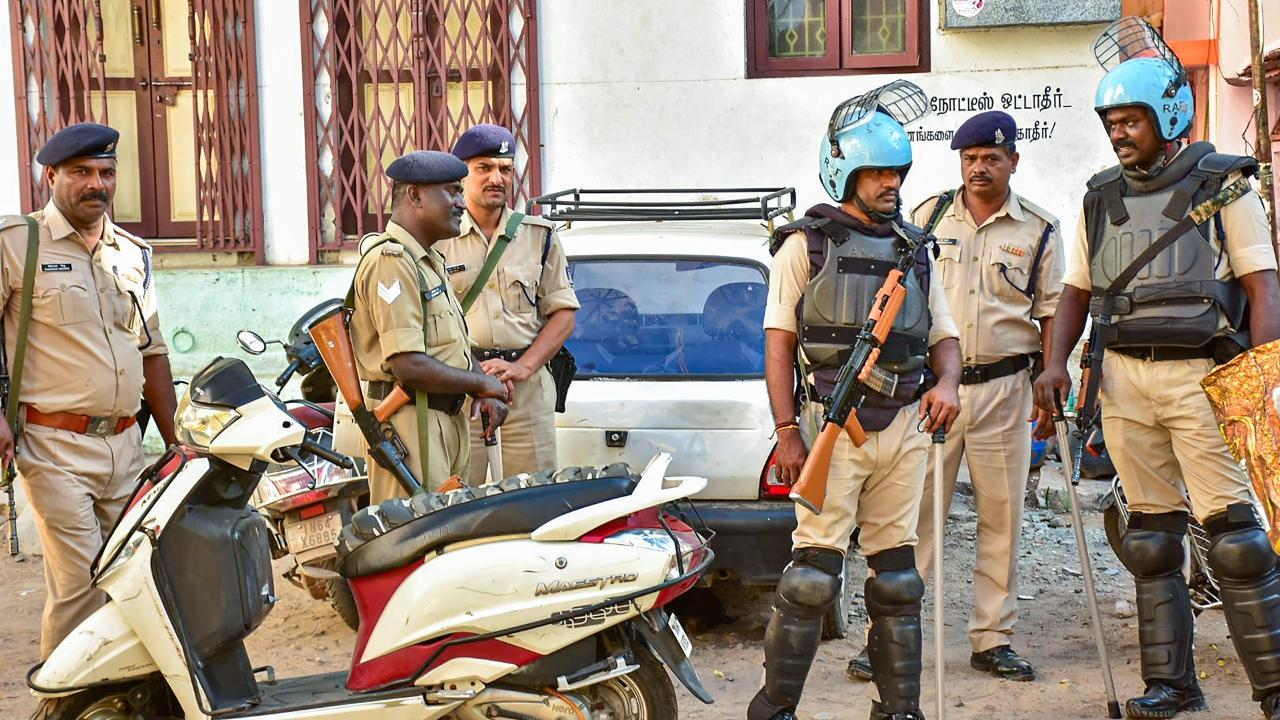 Police personnel during a raid by NIA at the residence of a functionary of PFI in Madurai on Sept 22. File Pic/ PTI


In a U-turn, the Pune police on Sunday evening denied adding the sedition charge in connection with a case against the Popular Front of India (PFI) activists and the alleged raising of pro-Pakistan slogans during a protest organised here by the outfit.

Earlier, senior inspector Pratap Mankar of the Bundgarden police station, where the case has been registered, said section 124A (punishment for sedition) of the Indian Penal Code (IPC) has been added in the case, but Deputy Commissioner of Police (Zone II) Sagar Patil later made it clear that the charge has not been slapped.

Police had registered the case against 60-70 suspected PFI activists for unlawful assembly in connection with the protest held outside the district collector's office on Friday. Mankar said the police have added IPC sections 124A (sedition), 109 (act committed in conse­quence of abetment), 120B (criminal conspiracy), 153 A and B (promoting enmity between different groups) in the First Information Report (FIR).

However, DCP Patil later said, "We did not add section 124A in the case. The Supreme Court order says this section cannot be invoked as one case pertaining to this is already going on in the court." The apex court had in May put on hold the colonial-era penal law on sedition till an "appropriate" government forum re-examines it and directed the Centre and states not to register any fresh FIR invoking the offence.

A video had surfaced on social media, which purportedly shows that the "Pakistan Zindabad" slogan was raised a couple of times when the agitating PFI activists were being bundled into a police vehicle on Friday.

The protest was organised against the recent nationwide raids on the outfit and the arrest of its activists. During the protest, the police detained around 40 protesters.

Patil said earlier in the day that some videos were circulating on social media and a thorough investigation was being conducted.

"The videos which were available on social media will be sent for forensic investigation and we will take strict action," he said.

"We do not support such slogans. The anti-India slogans will not be tolerated in the state as well as in the country. I have instructed the Pune police commissioner to file a case invoking sedition in the matter," he told reporters in Pune.

The raising of controversial slogans had led to a huge outrage, with leaders from BJP and MNS demanding stringent action. Congress had demanded a ban on organisations like PFI.

In a massive crackdown on the PFI, multi-agency teams spearheaded by the National Investigation Agency (NIA) had, on Thursday, arrested 106 leaders and activists of the radical Islamic outfit in near-simultaneous raids in 15 states for allegedly supporting terror activities in the country.