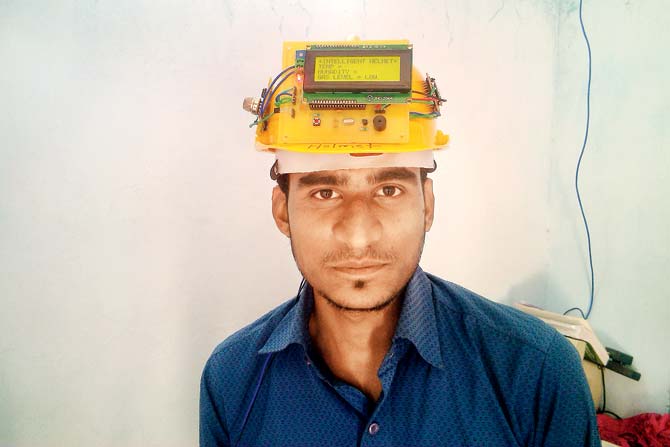 Pune: Imagine a helmet that can sound out an alarm when a fire breaks out. Three electronic engineering graduates of Datta Meghe Institute of Engineering, Technology & Research, Wardha, have developed one, with the aim of curbing deaths in coal mines.

The battery-operated helmet, some of which is made of upcycled material, has a smoke detector, a torch, a buzzer and an LCD display. If the level of oxygen drops or that of poisonous gases rises within a 100-m range, it’ll raise an alarm.

The graduates — Anand Dhadale, Abhilesh Chaure and Anurag Bhandarwar — were prompted last year to develop the helmet after reading up on the Chandapur coal mine fire of 2012, in which 70 workers had to be evacuated.

The project was completed by July-end, the group has been writing letters to the PM, the CM and the ministry of mines, recommending that it be taken up under Make in India and Start-Up India initiatives. With no alleged response, the youths have now decided to manufacture the helmets themselves from their own pockets. They were recently placed in companies in Pune. Each helmet will cost R10,000. Mass production can bring down the cost.

By Diwali next year, the youths plan to mass produce the helmets and distribute them to coal mine workers across the state.