Imam in his fresh bail plea stated that since the apex court has put sedition (sec 124-A) in abeyance, his case has improved for grant of bail 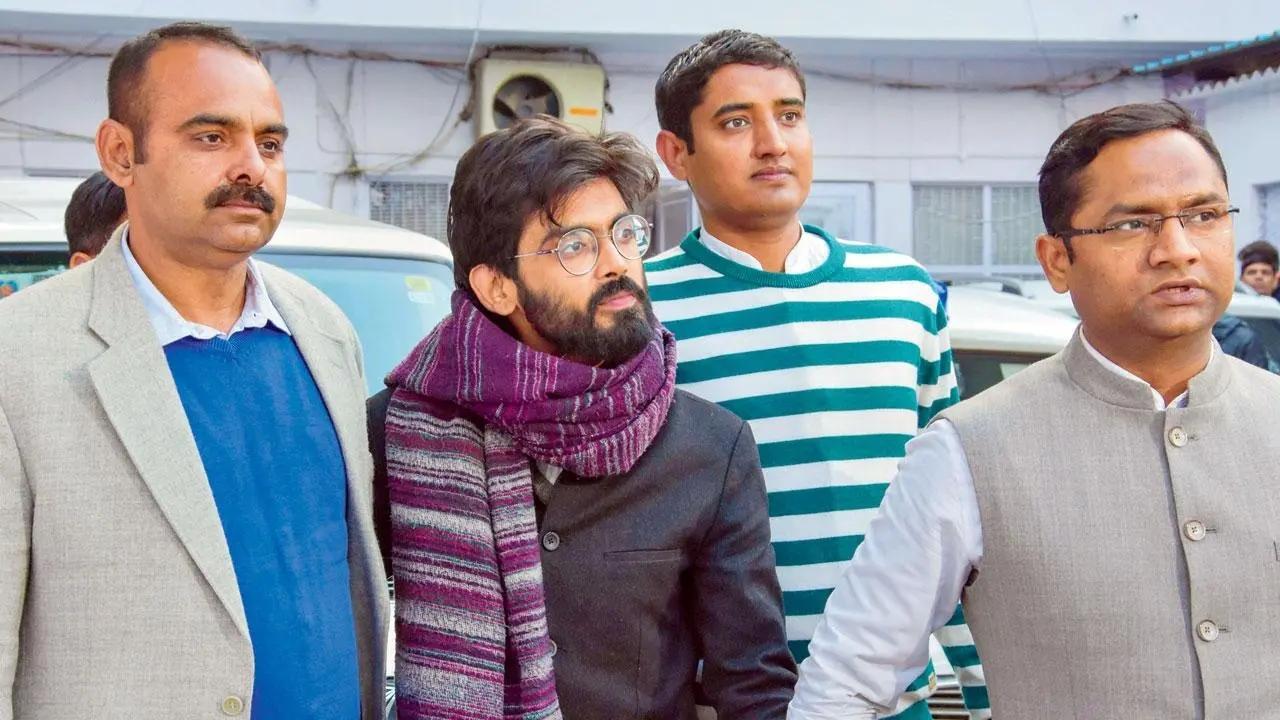 
Days after the Supreme Court of India put the trial of sedition cases on hold, Jawaharlal Nehru University (JNU) student leader Sharjeel Imam has moved Delhi High Court seeking interim bail in alleged inflammatory speeches given by him at Aligarh Muslim University and in the Jamia area during the anti-CAA agitation in 2019 and 2020.

Imam in his fresh bail plea stated that since the apex court has put sedition (sec 124-A) in abeyance, his case has improved for grant of bail.

He has filed the bail plea in connection with FIR-22 of the year 2020 which relates to the inflammatory speeches given by him at Jamia and Aligarh Muslim University.

The plea stated that, in view of the Supreme Court's directions, the hindrance raised by the Special Court in the impugned order stands obviated, and observations surrounding the offence under section 124-A IPC cannot be taken into consideration in the proceedings against the Appellant pending the final outcome of the Constitutional challenges to the section.

Dehors the issue of Section 124-A IPC, the case against the appellant (Sharjeel Imam) stands significantly diluted and improves his case for securing bail.

The Appellant has been incarcerated for nearly 28 months [beginning on January 28, 2020] whereas the maximum punishment for the offences [not including 124-A IPC] are punishable upto a maximum of 7 years of imprisonment, the plea said.

The Appellant meets the proverbial 'triple test' for bail. Moreover, it is not [nor has ever been at any stage] the case of the prosecution that the Applicant is a flight risk, at risk of influencing any witnesses or tampering with any evidence, said the plea.

The Bench of Justice Siddharth Mridul and Justice Rajnish Bhatnagar is scheduled to hear this fresh interim bail plea on Tuesday, May 17.

Earlier, Counsel appeared for Delhi police also had said the accused is also charged with Section 124A, in which an accused shall be punished with imprisonment for life.

The Special Trial Court order dated January 24, 2022, has ordered to frame charges against the Appellant under all the invoked penal provisions. On the same day, i.e., on January 24, 2022, the Appellant's application seeking grant of regular bail under Section 439 CrPC, was dismissed by the Special Court which held that it could exercise power only under Section 437 CrPC, placing reliance upon its order framing charges against the Appellant.

The trial court judge had said, "accused is directed to be charged for the offences under sections 124A (sedition), 153A (promoting enmity on grounds of religion), 153B (assertions prejudicial to national integration), 505 (statements conducing to public mischief), of Indian Penal Code and section 13 (punishment for unlawful activities) of UAPA. Vide separate order, the application filed by Sharjeel Imam for grant of regular bail is dismissed".

Sharjeet Imam, was arrested in 2020 by Delhi Police from Jahanabad, Bihar. The Delhi Police has filed a charge sheet against him in the present case. It was alleged that he gave speeches inciting hatred, contempt, and disaffection towards the Central government. Delhi Police had mentioned in the charge sheet against Sharjeel that "he is accused of delivering seditious speeches and inciting a particular section of the community to indulge in unlawful activities, detrimental to sovereignty and integrity of the nation."