The Parsi boys who beat England at its own game

New research by Dr Prashant Kidambi details the Parsee Cricket Club, which was at the fore of the cricketing culture in erstwhile Bombay

The Parsee team that toured England in 1886 and won only one out of 28 matches. New research by historian Dr Prashant Kidambi reveals that this team came from a dominant cricket club in Mumbai, named the Parsee Cricket Club, which was playing against Euro 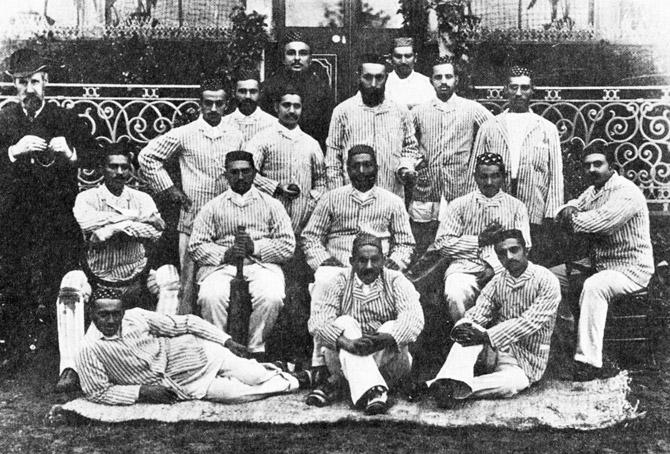 The Parsee team that toured England in 1886 and won only one out of 28 matches. New research by historian Dr Prashant Kidambi reveals that this team came from a dominant cricket club in Mumbai, named the Parsee Cricket Club, which was playing against European teams from the late 1860s onwards. Pic Courtesy: Pageant of Cricket by David Frith

The historic Parsi cricket tour of England 1886 – the one in which the first team to go from India won only one of 28 matches – is a well-documented one. A group of elite Parsi cricketers set for Britain, to play a summer sport enjoyed by the colonising British. The tour was mainly self-funded and the team was captained by Dhunjishaw Patel, a fast underarm bowler.

New research, mainly because of recently digitised newspapers and journals at the British Library, throws light on this team as part of the Parsee Cricket Club. Dr Prashant Kidambi, associate professor in colonial urban history, at the University of Leicester, has been researching this club and its central place in the making of cricket history in Mumbai. "People have been using the more general term of the -Parsee tour- but it was this particular club from which the team went to England. This was the club that was defeating the English teams on grounds here in Mumbai," says Kidambi.

Kidambi was in town over the weekend for a two-day conference, titled Power, Public Culture and Identities: Towards New Histories of Mumbai, and dedicated to distinguished Australian historian, James Cosmas "Jim" Masselos. In the course of his fifty year contribution to South Asian urban history, Mumbai has remained as the principal focus of Masselos- scholarship. Kidambi was co-convenor and speaker at this international conference, organised by Department of History, the University of Mumbai, in collaboration with the University of Leicester and the School of Oriental and African Studies SOAS, University of London. The conference was co-convened by Dr Manjiri Kamat, head of the Department of History of the University of Mumbai and Rachel Dwyer, Professor of Indian Cultures and Cinema at SOAS.

Q: The two historically significant teams which played in Britain in 1886 and 1911 are well known. Your research points out that the Parsee Cricket Club played a great role in not just the 1886 tour but to the culture of cricket in the city.
A: People talk about Parsee cricket, but it is the Parsee Cricket Club in specific that had a major role to play. It was a prominent club, functioning among other smaller ones, and were defeating European players in Bombay. It was set up by Ardeshir B Patel, who had links with the Bombay Gymkhana, and it became a dominant club because it received recognition from the English – something that others also wanted. Playing with the Europeans was a mark that you had arrived on the scene. The Parsee Cricket Club, more than any other, was at the heart of the cricket scene in Bombay. The Club started playing at the Parsee Gymkhana first in 1866 and before that at the Esplanade maidan, where all other Indian clubs practised. It led to arguments between Parsee Cricket Club and European polo players; the cricketers complained that once the polo players left, the field was unusable for cricket. 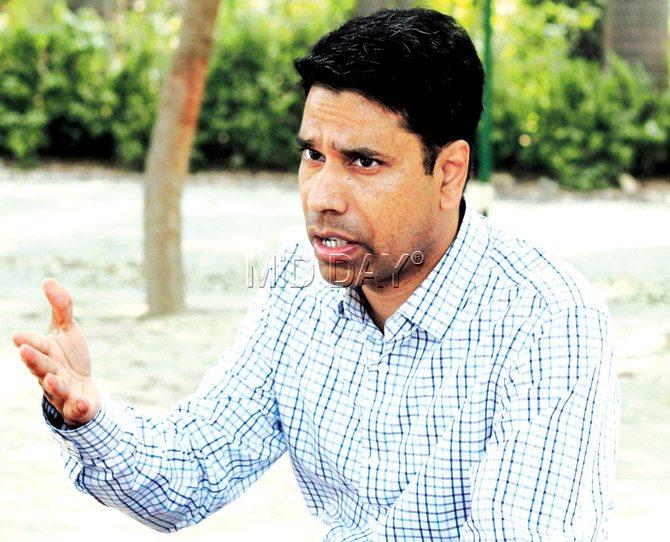 Q. Can you tell us more about your research on the 1911 cricket tour?
A: The summer of 1911 saw the first Indian cricket tour of Britain by a team that was considered pan-Indian. However, there are reports of how, that same summer, a 38-year-old Parsi racquets player had gone to London to defend his world championship which he had won in 1904. There were also 20 Punjabi wrestlers travelling to England to put up an exhibition of their skills as did an extraordinary strongman who displayed Herculean feats. The cricketers were part of this much wider set of sportsmen who find themselves in England that summer. And the book is set in the context of this tour. But, there were attempts made even earlier, as early as 1878 by none other than the Parsee Cricket Club.

Q. What was this attempt made by the Parsee Cricket Club to go to England in 1878?
A: There is an extraordinary pamphlet in the British Library on the failed cricket tour and a legal case that happened in 1878. It was put together by the cricketers because they had been accused by the KN Kabraji, the publisher of Rast Goftar [a Gujarati fortnightly publication founded by Dadabhai Naoroji]. Kabraji attacked them in the Gujarati press that these cricketers were trying to make money out of this trip. It resulted in a defamation case between Kabraji and Patel. This is the first time that cricket ends up in the courts. The cricketers refuted Kabraji-s claims by showing great knowledge about cricket globally. The tour finally didn-t happen because of the tension in the Eastern Mediterranean region, with Britain on the side of the Ottoman Empire. It meant that Parsis working in the Commissariat and the military couldn-t avail leave to travel to England. Had it happened, it would have been alongside the legendary tour of the first official Australian tour of England.

Q. Was cricket a tool used by the Parsis as a way of aligning themselves with the English?
A: Cricket was intrinsic to the English identity – it was a game which inculcated a specific set of characteristics – fair play, team spirit and selflessness, among them. The colonial middle class in India sought to anglicise itself and crickets became a way of espousing these British values, and thus, so did the Parsis. It was their way of saying: We may not be the same skin colour but we share the same values. But it wasn-t just a simple case of imitating the English. In the 1890s, Dr Sir Ervad Jivanji Jamshedji Modi reads out a paper to the learned societies in Bombay that the ancient roots of cricket can be traced back to The Shahnama of Firdausi, almost 2,000 years ago that it. Playing this sport was seen as a symbol of masculinity and thus, this was an attempt to construct an alternate history and show that the Parsis were always a masculine race.

Q: In cricket tours to England and over here in the city, how were the Parsi teams treated by their English counterparts?
A: There was a difference between how the European community here and in the UK dealt with Parsee cricketers. When historians talk about the Parsi connect to the English, they pain a picture of collaboration and cooperation. On the sporting field, Parsis winning wasn-t taken so kindly by the British. For the English here, Parsis playing cricket was unsettling – it was the so-called -natives- taking on their game. There are news reports of Europeans making fun of the Parsis. The tension becomes quite heightened in the 1890s, for the Parsee Cricket Club had become very good at the game while the English begin to decline, mainly because new officers were yet to be trained. Back in Europe, however, the Parsis were a curiosity but also part of the British Empire; a noteworthy aspect of the British Empire was that it was marked by diversity and Parsis were a part of that. So, the English abroad were more accepting and saw the cricket-playing Parsis as a sign of the success of their civilizing mission. So, while there was racism, the Parsis were given access to the aristocracy too. The newspapers in England were curious about the Parsi names but also constantly going on about how difficult their names were and if they would be able to print them correctly.

Q: What led to the eventual closing down of the Parsee Cricket Club?
A: There were tensions within the club, specifically those that arose because of the polo controversy. While all other clubs were against the European polo players, Patel backed the Bombay Gymkhana, which hosted the polo players. There wasn-t a specific end of the club; it is possible that other clubs rose to prominence as did the place of the Bombay Gymkhana.