The Full Bench of the court, hearing a batch of petitions filed by some Muslim students of the Government Girls Pre-University College in Udupi, maintained in its March 15 order that hijab is not an essential religious practice and everyone should abide by the uniform dress rule in the educational institutions 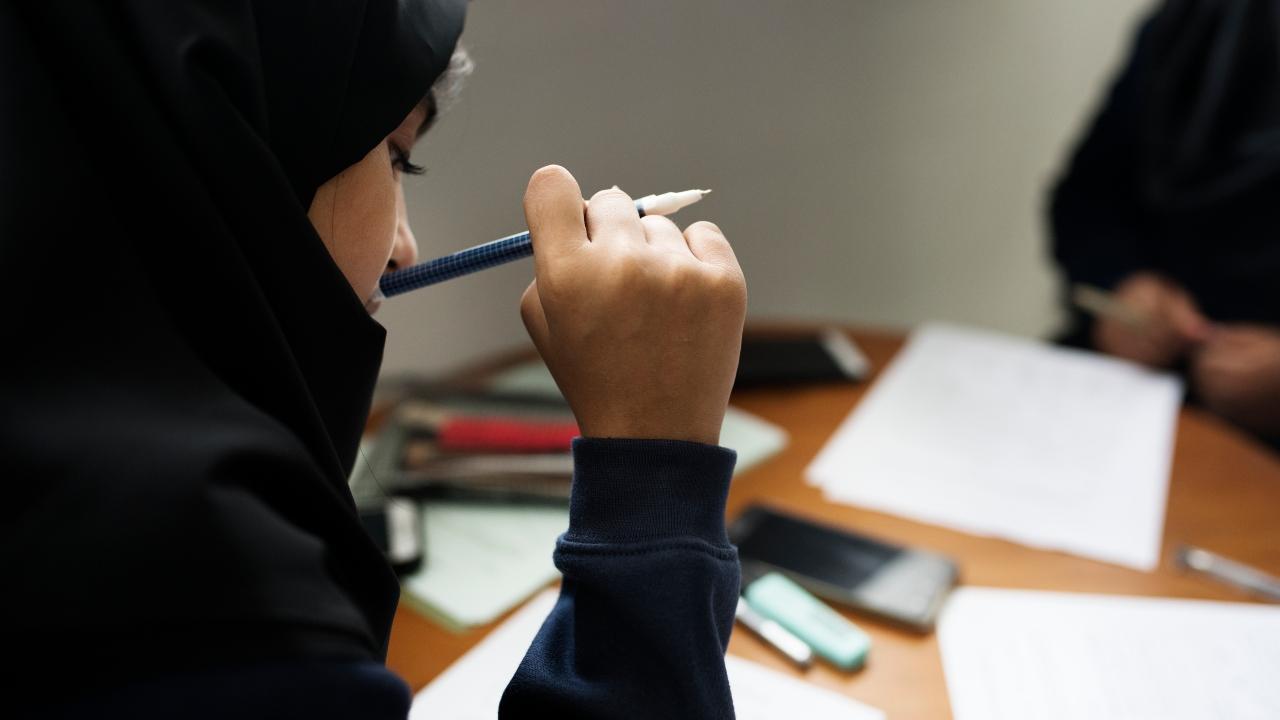 
Union Minister of State Shobha Karandlaje on Tuesday said those violating the High Court order, which restricts the use of hijab (headscarves) in educational institutions, should be dealt with strictly as it could lead to anti-national activities.

"The High Court has already made it clear that there is no scope for hijab in the classroom. Everyone who lives here should respect the law of the land. Stringent action should be taken against those who want to violate the High Court order because it will lead to anti-social and anti-national activities," Karandlaje, who holds the agriculture and farmers' affairs portfolios, told reporters.

Her comment came a day after 12 women of the University College of the Mangalore University in Mangaluru, the district headquarter town of Dakshina Kannada, were denied entry, citing the High Court order.

The Full Bench of the court, hearing a batch of petitions filed by some Muslim students of the Government Girls Pre-University College in Udupi, maintained in its March 15 order that hijab is not an essential religious practice and everyone should abide by the uniform dress rule in the educational institutions.

To a query on the ongoing controversy related to Malali mosque in Mangaluru with the VHP claiming it to be an ancient Hindu temple, the Union Minister of State said everyone can live together if the places belonging to Hindus can be returned and everyone decides to correct the wrongs committed in the past.

Karandlaje, who is a BJP MP from Udupi-Chikkamagaluru constituency, said many temples were destroyed in the past though the present generation was not an eye-witness to them.

If the archaeological excavation brings the truth out, there is scope for correcting things, the Minister said adding, the solution to the problem can be amicably sorted out if both the communities come together to find a solution.

Regarding the controversy around the revision of textbooks, including a chapter on RSS- founder Keshav Baliram Hedgewar, Karandlaje underlined that the government should think of including only the non-controversial figures in the textbook committee and incorporate those lessons which are close to everyone's heart and can enthuse children. However, she was of the view that students should learn their culture and history, the sufferings of ancestors, and reasons for the arrival of British rulers and Muslim invaders.

"Why had Mohammed Ghazni attacked India 17 times, what are our weaknesses-- these things have to be told to our children. Today our children have no information about our history and are clueless about our freedom struggle. We also have to teach them about the pride of our nation," the Minister said.

Speaking about a 'love jihad' case in coastal Karnataka and the protest by Bajrang Dal, Karandlaje demanded a stringent law to put an end to such cases.
"I had said in the past and reiterate today the need for a stringent law against love jihad," the Minister said.