Visa Scam case: Karti Chidambaram says no merit in allegations, CBI has not summoned him again

The Enforcement Directorate (ED) had filed a money laundering case in the alleged Chinese visa scam case involving the Congress MP. On May 17, the CBI arrested Karti's close associate S Bhaskar Raman in the case 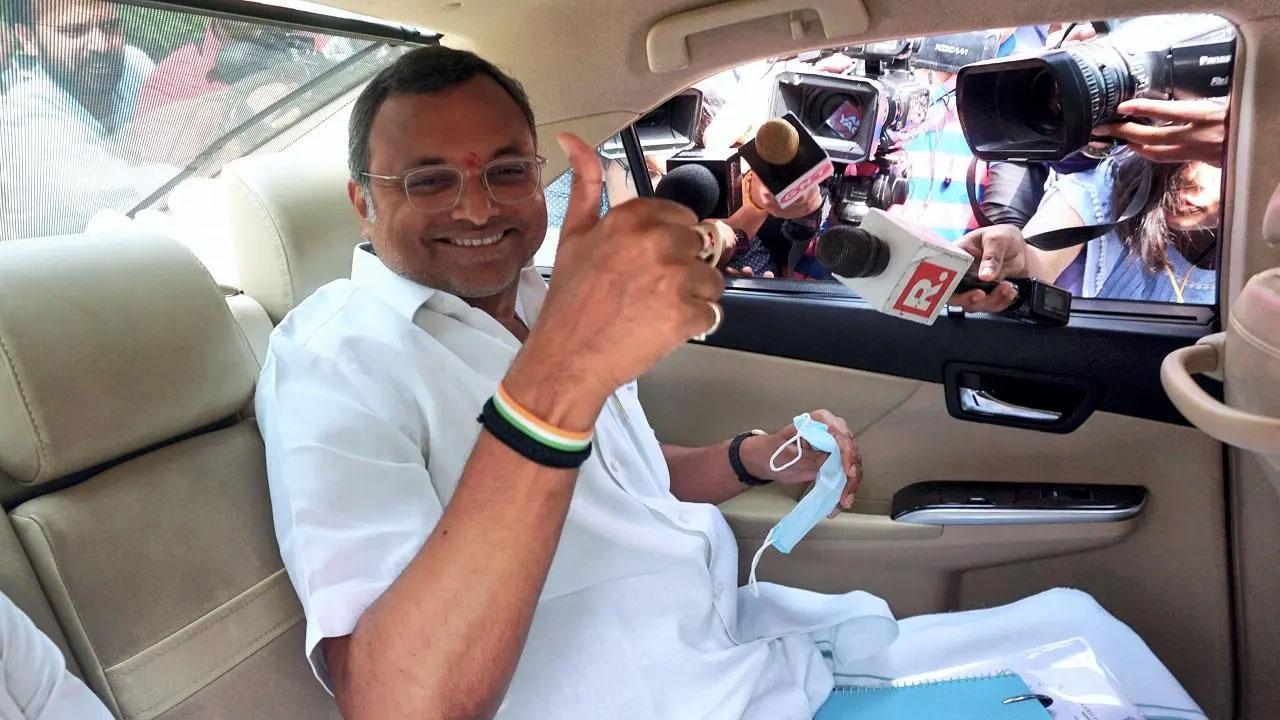 
Congress MP Karti Chidambaram, who was quizzed by the CBI on Saturday for the third consecutive day in an alleged visa scam case said that there was no merit to the allegations. "I think (the questioning) it's over as they've not asked me anything more. I've not been called again. It's all bogus and there are no merits to the allegations,' said Chidambaram while talking to reporters.

He said that he had written to Lok Sabha Speaker Om Birla against the probe and was awaiting his reply. He also took a dig at the investigation agency by likening his interrogation to a test cricket game "Test Match takes place for five days, this is only day three. I have written to the Speaker, I am waiting to hear from the Speaker," mentioned Chidambaram.

The Enforcement Directorate (ED) had filed a money laundering case in the alleged Chinese visa scam case involving the Congress MP. On May 17, the CBI arrested Karti's close associate S Bhaskar Raman in the case.

The CBI had questioned Karti for more than eight hours on Thursday when he first time joined the probe into the case following a special court direction which had ordered him to join the investigation within 16 hours of his arrival from the United Kingdom and Europe, where he had gone with the permission of the Supreme Court and the special court.

Next Story : In 8 years, no reason to hang head in shame: PM Modi