"Missing" posters of BJP MP and Bollywood actor Sunny Deol have appeared in Punjab`s Pathankot. The posters, ‘gumshuda ki talash’, have been pasted on the walls of several houses, railway stations and vehicles in the city against the MP from Gurdaspur. Deol had won the 2019 General elections on a BJP ticket. Those pasting the posters said Deol never came to Gurdaspur after becoming an MP. The angry locals said if Deol does not want to work, he should resign 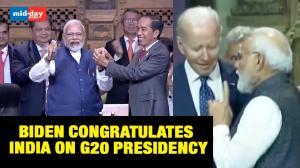 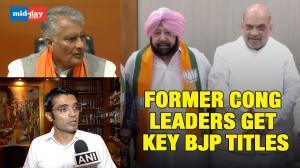 Gujarat: PM Modi Gives Way To An Ambulance During His Roadshow

‘In The Land Of Ram Bhakts, Cong Brought ‘Ravan’ To Abuse Me’: PM Modi On Kharge’s ‘Ravan’ Remarks