A little before corona hit Kerala! 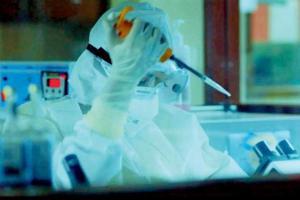 A screen grab from the trailer of Aashiq Abu's 2019 film, Virus

No, seriously, how unreservedly unlucky, defying precious laws of probability, do you need to be to contract a tiny virus travelling from four designated corners of the world, into a (relatively non-globalised) city of a 20 million-plus — affecting people only in tens or hundreds, initially? Because you came in direct contact with those very specific few. Or, indirectly touched objects that they probably had, along the way?

Don't get me wrong. At no point am I suggesting that we turn into folk more commonly afflicted with the moron(a) virus, taking the novel Corona lightly — stepping out and chilling like nothing will ever happen to us. For one, it's not about us — no matter how heroic you feel in the head (your bravado means nothing).

It's about the exponential rate at which the virus spreads, rendering current numbers affected as rather pointless — compared to its potentially dystopian figures in the short-term. Like you, here's what I've rudimentarily learnt about viruses from my speed-reading on them lately (and you can correct me if I'm mistaken).

In the ancient tradition of 'athithi devo bhava (guest is god)', we host them in our bodies for a finite period and hope they cause us minimal harm on their way out — given our varied immunity levels, early diagnoses, top-grade health facilities, namely — testing/monitoring devices, hygiene, drugs, ventilators, the works. The fact of more people being afflicted than health services can take care of, makes a pandemic (international, and out of control), dangerously close to annihilating humans en masse — if the spread remains unchecked still.

So how does one really contain the spread? This, apparently, requires as much the expertise of a doctor as hawk-eyes of a robust detective. Which is precisely what Aashiq Abu's brilliant, investigative, medical-drama, Virus (2019; in Malayalam, available on Amazon Prime), looks into — chronicling how the Nipah virus, with a frickin' 90 per cent fatality rate, got contained in Kerala (Kozhikode, to be more precise), in 2018.

To begin with, they could conclusively ascertain where the virus, stepping out of the "reservoir", started its human journey from. Small-town Perambara was the epicentre. Eight people in adjoining hospital beds of the 'index (first)' patient in Kozhikode, along with the nurse, tested positive. Diligently developing a flowchart from that point/person onwards, tracking his every move, they could join the dots and zero-in on the spread.

This is something you'll find about a COVID-19 patient (circulating on the web currently), who landed in Trivandrum on an Aeroflot flight from the deeply affected Italy as well. This is just to give you a sense of how God's own country appears quite up for the medical task, given general efficiency levels, and past experience (although one mustn't speak too soon).

A patient in the film Virus does show up from outside the considered circle of spread/influence. This could either mean a 'new cluster' (for the outbreak). Or the possibility of a terror attack. Both being equally frightening of course. Is the containment as simple as the movie makes it out to be?

Sure, it's partly fictionalised, albeit strongly researched. Here's what I learnt about the Nipah virus through the film: It spreads through respiratory droplets. Cremation over burial is advised for patients deceased as a result. It transmits from animal to humans; or/and humans, to humans. Guess what its origin was? A bat — the same, we're being told, as with the Coronavirus, from Wuhan in China. Balls to these bats, I say; seriously!

Did I even think once about Kerala's 2018 Nipah (or Ebola, SARS, H1N1, for that matter), until Corona decided to collectively pique 'glocal' interest, less than a couple of years later? It's all dispassionate, distant news until it hits home. What's weirder is that up until Steven Soderbergh's Contagion (2011), I hadn't heard of the Spanish flu of 1918, the last major pandemic, that had wiped out a whole one per cent of the world's population! Nobody taught us this in history. Every kid knows about WWI (from the same year); never mind that you'll lose count of the number of WWI movies you've seen!

Bill Gates (now) famously said in his 2015 TED Talk — pretty much predicting COVID-19 pandemic — that the actual threat to the human race is hardly missiles — it's microbes. What does it take, to take 'em on? Obviously, science/technology/healthcare, beyond petty mindedness of religious/economic/political borders. How about awareness? Hell, yeah!

Aashiq Abu's Virus (2019) was one of the shortlisted films up for public vote in the 'Best non-Hindi film available on web' category at our forthcoming Hitlist Web Awards. The idea was to get people to watch top-notch Indian cinema (from outside Mumbai), which is now so easily accessible on OTT platforms. The awards have got postponed due to Coronavirus concerns. Can't urge you enough to catch Virus still. Assuming you're home for the same reason. As you should be.

Next Story : Raise a toast to Karsan Ghavri