Freedom on highways—misused and abused 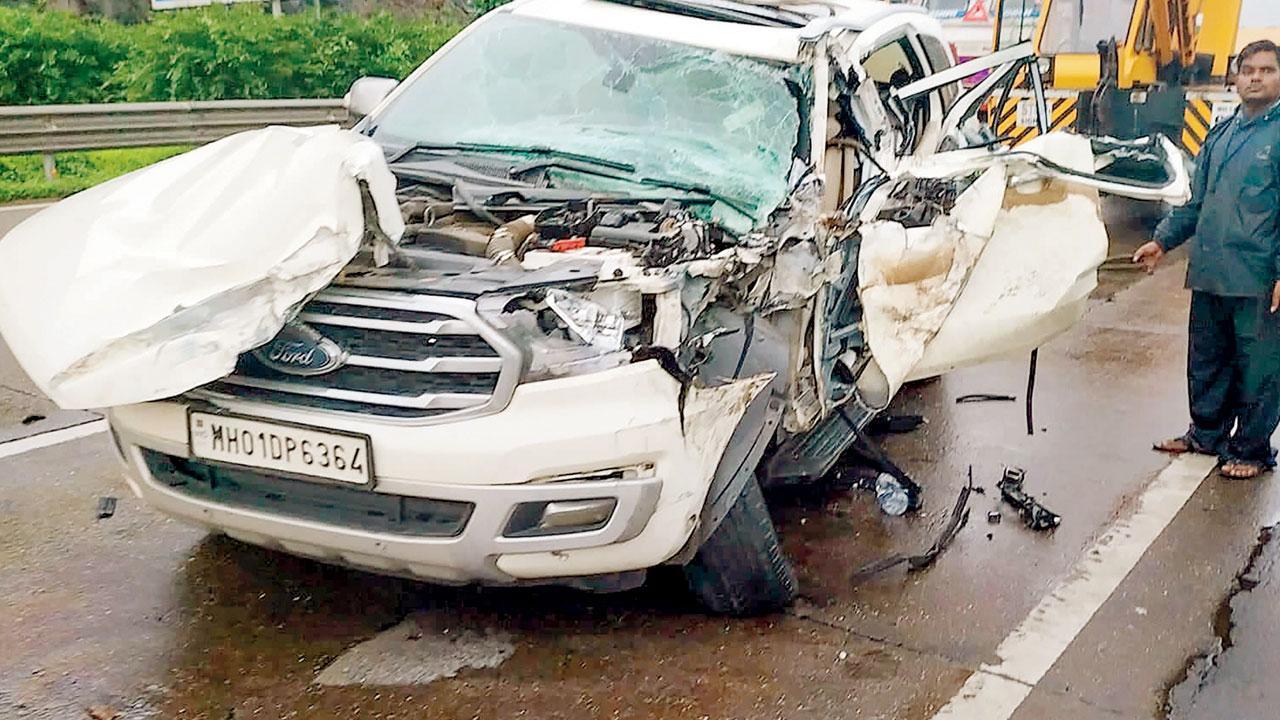 The SUV of Shiv Sangram Party president Vinayak Mete after it met with an accident on the Pune-Mumbai Expressway in the early hours of Sunday. Pic/PTI

It didn’t turn out to be the usual laidback Sunday morning. I woke up with a message about Shiv Sangram Party president and former MLC, Vinayak Mete’s accidental death on the Pune-Mumbai Expressway. The news was shocking. My mind was jammed with the memories of such tragedies, some of which happened with people I had been familiar with. Mete was one of them. His death took me back by 13 years when a family of eight, including small children, that stayed in our housing society in Thane died instantly in a road accident near E-way. With their relatives up north, we, the residents of the society, took it upon ourselves to perform the family’s last rites. It was Diwali. We ceased celebrations. The darkness replaced the lamps’ shine. One of the kids and his uncle survived the mishap. The survivors are still in touch with all of us.

Mete’s family and his followers are in deep pain and agitated. They have asked questions over road safety, delay in emergency aid, and raised demands to ensure that accidents are prevented. Strong reactions have come criticising the drawbacks that invite such accidents and cause deaths. Mumbai-Pune Expressway, ever since it was opened for traffic over 20 years ago, has been seeing the worst. Hundreds of unknown faces have perished so far. The victims include celebrities from various walks of life. Mete’s death has dug up the fault lines yet again.

Faults lie with all involved—the drivers and the people who they drive, the road builders, the road maintenance and safety guys, and the rescue and emergency medical help apparatus. One thing that is supposed to control them is a road/transport policy. It is there, but who cares?

I came across a social media comment summing up the affairs of the Pune-Mumbai E-way (that should apply to all highways). Senior columnist Bhakti Chapalgaonkar wrote following Mete’s death: “Mete’s death is very ghastly. Unruly trucks rule the roost on Pune-Mumbai e-way. The Highway Police and MSRDC [the road development corporation] do nothing to end the dadagiri of trucks. Car commuters travel on this road fearing constantly for their lives. Mostly, the trucks occupy all three lanes. Are we supposed to heave a sigh of relief every time we reach our destination safely? Situation hasn’t changed. We have lost hundreds of people. [Actors] Bhakti Barve and Anand Abhaynkar and now Mete. Is the toll collected used only for repairing the road?” she asked.

Chapalgaonkar has recalled her visit to one of the hospitals off the E-way. “The hospital administrator told me that the trauma care business was booming. It is unfortunate that whoever is in power, it is shameless, the highway administration is corrupt and inefficient. Police take bribes to overlook the death trap.”

Transport activist Vidyadhar Date posted a day before Mete’s accident that the transport ministry headed by Nitin Gadkari was increasing speed even while more developed countries were recognising that safety was far more important. Date wrote about road hypnosis and how the straight, soulless highways induce speed. He said that hypnosis among drivers, thoroughly disorienting themselves, is an absolute recipe for disaster.

“The main daily problem for millions of citizens is not travel on highways but something so simple as travelling between their home or workplace to the railway or bus station,” Date added. Chapalgaonkar was Pune E-way specific while Date spelt out the dangers the highways, including the upcoming Samruddhi super expressway between Mumbai and Nagpur and others across the country, pose.

Mete’s death has shaken the policymakers and administration. CM Eknath Shinde, who headed MSRDC for seven years, has promised a probe into the accident. The forthcoming legislative session will discuss the accident and more promises will be made to ensure highway safety. While I wrote this, news came from Beed district that a family of six died on the spot when their car was hit head-on by a truck.