Halfway through tenure, it is time MVA accepts a state-centre rift 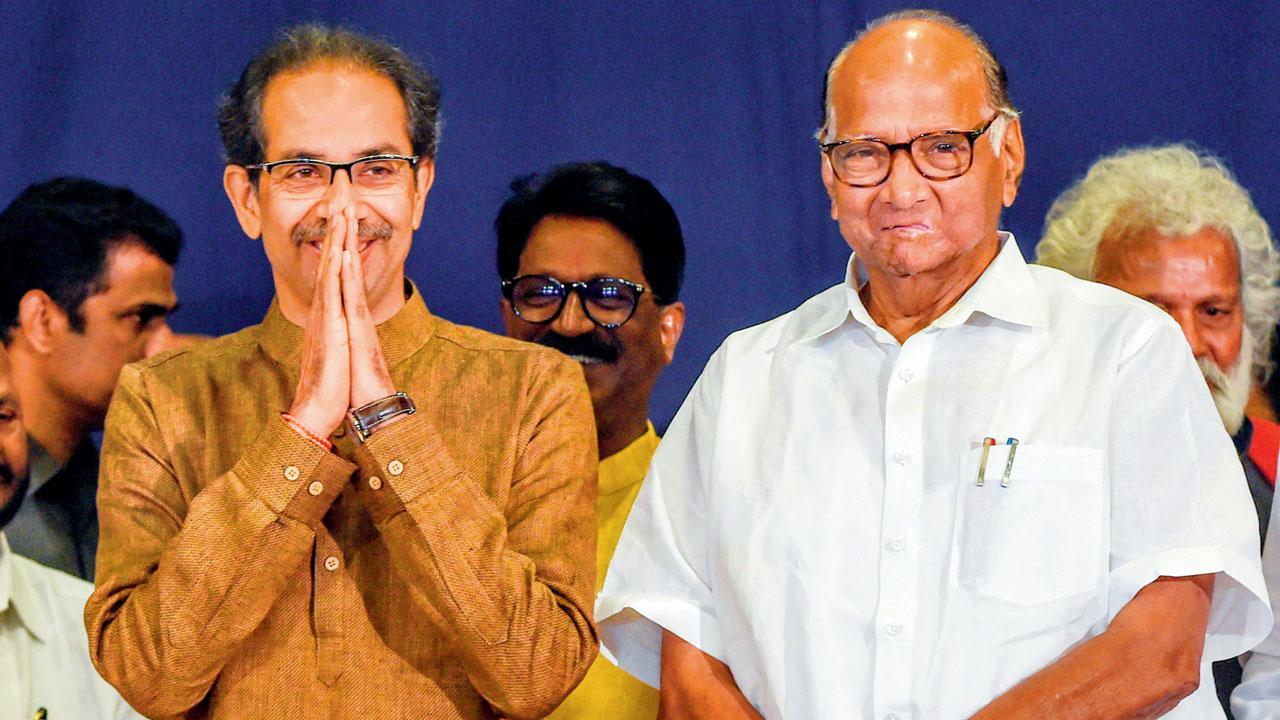 The MVA hasn’t yet deviated from the agenda the BJP sets and succeeds in its electoral attempts. File pic

Halfway through its five-year term, it is time for the Maha Vikas Aghadi to accept that it cannot escape a state–centre rift due to political reasons. The government will have to find a way to deliver on the fronts the opposition is aggressively marching on, if it is to live up to the people’s high expectations by the winter of 2024. A few months of this year will be useless in terms of taking policy decisions because of a model code of conduct for the local body polls that are slated to be held after the monsoon. So, expect a barrage of announcements before the poll regulation comes into force.

With a strong opposition in place, any government has to fight on multiple fronts. The MVA is no exception. The Uddhav Thackeray-led government has been able to stay politically stable so far, but it has not completely done away with a fear of breakdown that finds its genesis in the opposition’s tireless works. There is no ceasefire in sight. In fact, there will be none, anytime soon or later. The immediate challenge to both sides is to prove their superiority in the local body polls that help plan for the Lok Sabha and Assembly polls.

As it happens with any government, the MVA is being subjected to uncomfortable questions by the opposition. The ferocity of attacks will spike as the elections approach. Can the MVA win votes alone by blaming the Centre when the opposition has compiled so much against it? Not just the BJP, but a ruling partner in the state government, the Congress has jumped a step ahead of the principal opposition by levelling serious corruption charges in the Shiv Sena-controlled Mumbai civic corporation. As of now, the MVA seems to be short of something attack-proof. The MVA hasn’t yet deviated from the agenda the BJP sets and succeeds in its electoral attempts. Hindutva is one such example that has parties competing in a break-neck race.

The MVA has a burning issue of the OBCs’ political reservation that it must douse before the people vote in the municipal corporation polls that have their election programme in progress. All parties may have decided to field OBC candidates in accordance with the quota sought if the Supreme Court decision delays further, but that will not help the state overcome its failure in getting it restored legally. The BJP is already using it as an election plank. Also, the MVA has a crucial task of joining forces for this year’s mini-Assembly polls without hurting their partners’ local interests. The MVA and its individual partners have a lot at stake, even as the BJP is focused on the target without batting an eyelid.

Sambhajiraje Bhosale, a descendant of Chhatrapati Shivaji Maharaj, may have had a lesson in democracy as he will have to take the electoral route, say for the Lok Sabha or Assembly elections, to fulfil his political ambitions. He may not have to do it if the BJP sends him to the Rajya Sabha again, though the possibility is very bleak. His plan to contest the RS polls as an independent had to be shelved after he rejected the Shiv Sena’s offer to join the party in exchange for a ticket. The Sena faced criticism for denying the prince of the erstwhile Maratha State that was once headed by a social reformer Chhatrapati Shahu Maharaj who had implemented social reservations in his princely state in British-ruled India. The Sena impressed the party’s rank and file by selecting a grass root worker Sanjay Pawar from Kolhapur over the prince. A fortnight ago, Sambhajiraje had appealed to all parties for their support, eventually turning it into a blame game between the BJP and Sena.

Sambhajiraje was nominated as an RS member from the President’s quota in 2016 in the wake of the Maratha quota protest. He didn’t stay happy in the BJP’s company. A rift in the royal family surfaced when his father Chhatrapati Shahu Maharaj said that the Sena’s denial wasn’t an insult to a revered Maratha royal family. He suspected the BJP’s hand in the entire episode, giving the Sena a clean chit. The BJP countered saying the Sena had written a script for the father. The son refused to comment. The father and his younger son, and the members of the Satara seat of the  erstwhile Maratha state, have contested the polls on party tickets. Sambhajiraje had lost the 2009 Lok Sabha contest as an NCP candidate from Kolhapur to a party rebel. Upset over the debacle, he distanced from the NCP. Dejection was writ large when he announced pulling out from the June 10 polls and declared that he will go to the people working for his recently founded social organisation Swarajya, which is expected to be converted into a political outfit.

Next Story : Alice in a new city museum